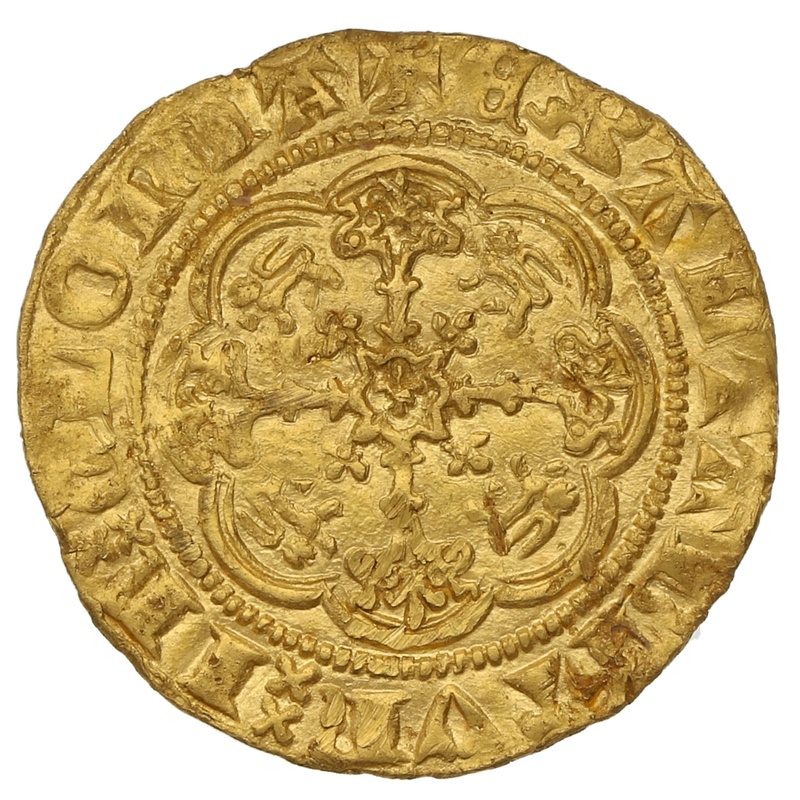 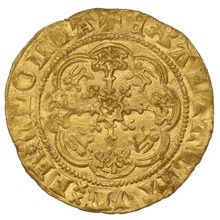 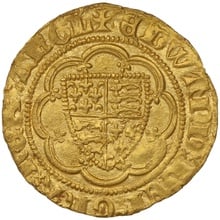 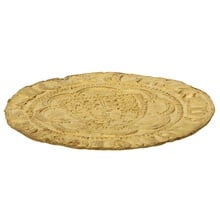 A superb gold hammered Quarter Noble of King Edward the Third struck at the London mint between the year 1361 and 1369. This coinage is known as the transitional treaty period with France, which gave England cross channel trading and a base in Calais. The obverse features quartered shield of arms of England and France within a tressure, and the mint mark 'Cross Potent'. The reverse shows floriated cross with lions in the angles. This coin in extremely fine condition with only a tiny scratch at 4'oclock obv. The pitted appearance is down to rusted dies used when struck which is not uncommon on some gold hammered.

Reverse
Floriated cross with lis at each limb, lion passants in angles within tressure of eight arcs. EXALTABITUR IN GLORIA

You will receive the actual coin pictured. For a more detailed view please hover your cursor over the image.

Whilst we do our best to accurately describe and grade our coins we recommend you study the product images to be confident the coin you will receive meets your requirements. 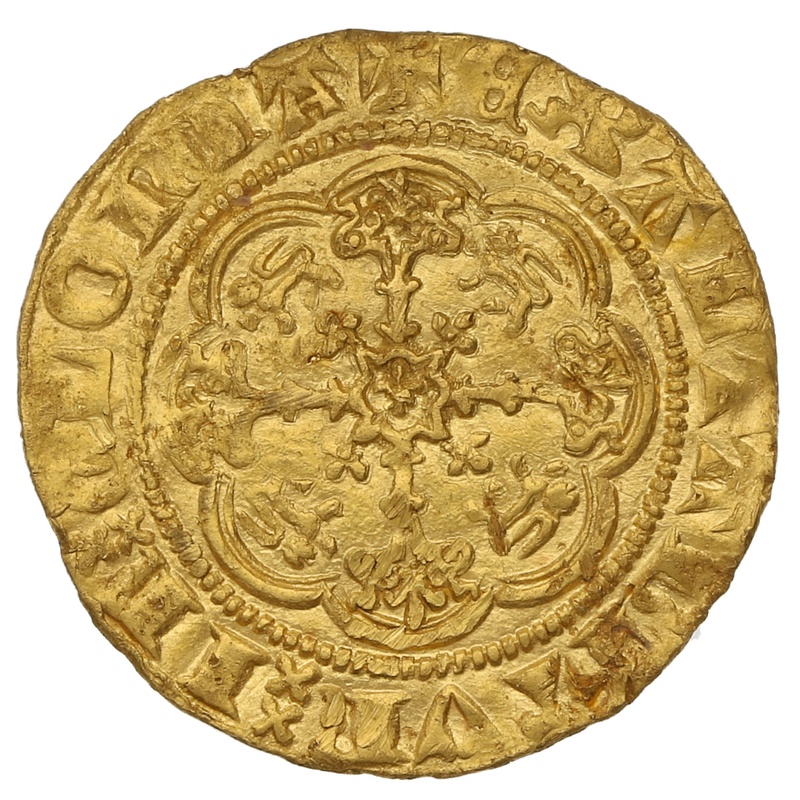