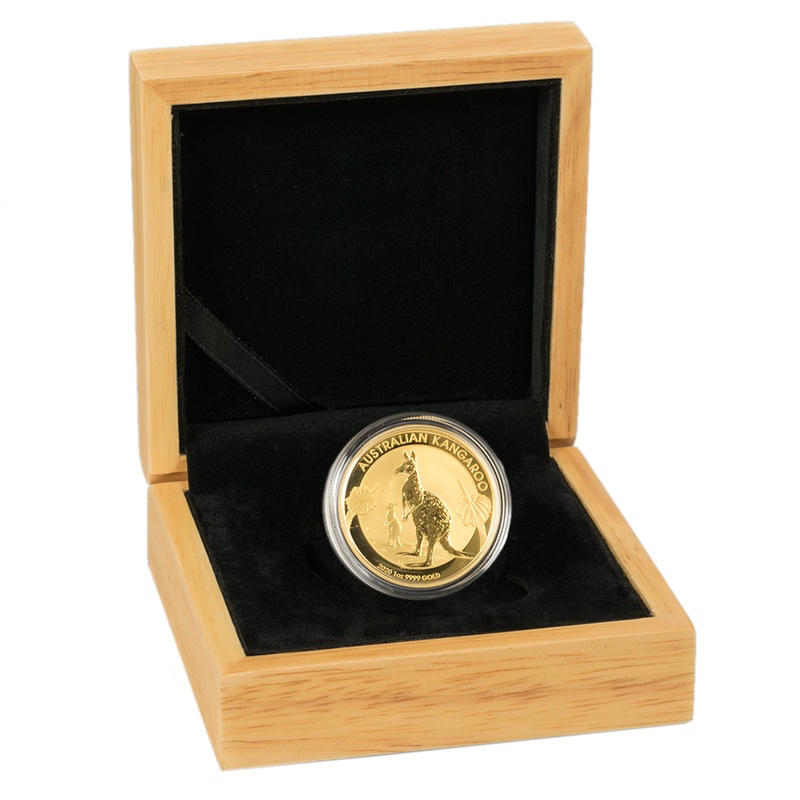 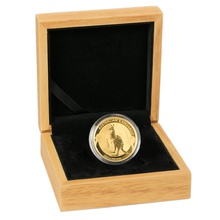 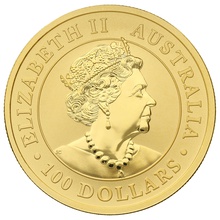 This Nugget gold coin is presented in an attractive oak gift box.

The One Ounce Gold Nugget is the national bullion coin of Australia. The coin itself is produced by Perth Mint, who are well known for producing some of the best looking coins in the world and the Nugget is no exception. The design changes every year but usually features an image of a Kangaroo.

The coin bears the fifth portrait of Queen Elizabeth II, as created by the Royal Mint's Jody Clark. The design differs between other national mints and the Royal Mint. His initials, JC, can be seen to the left of the Queen's neck. 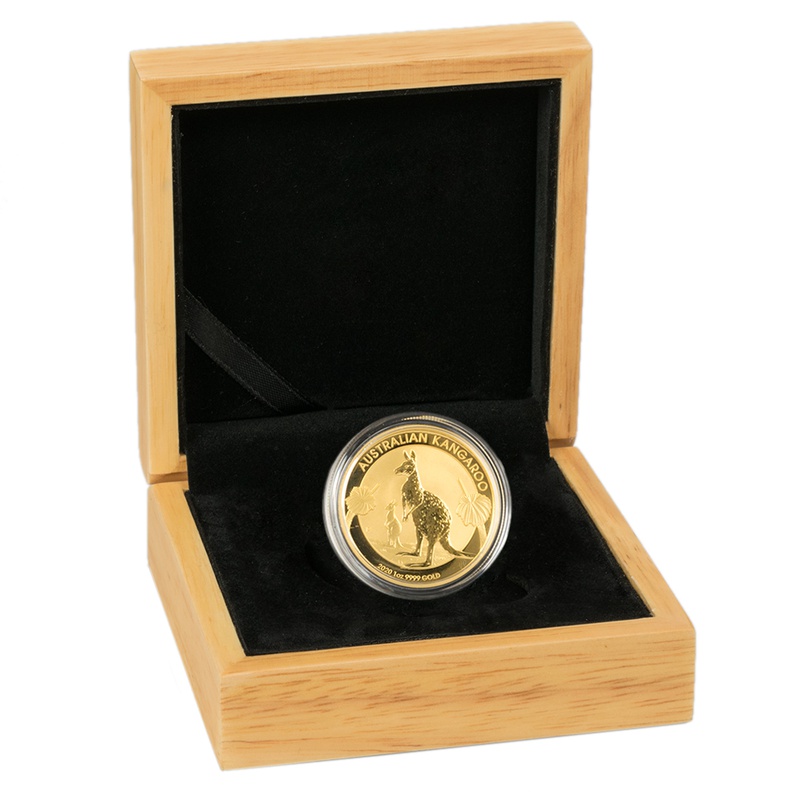