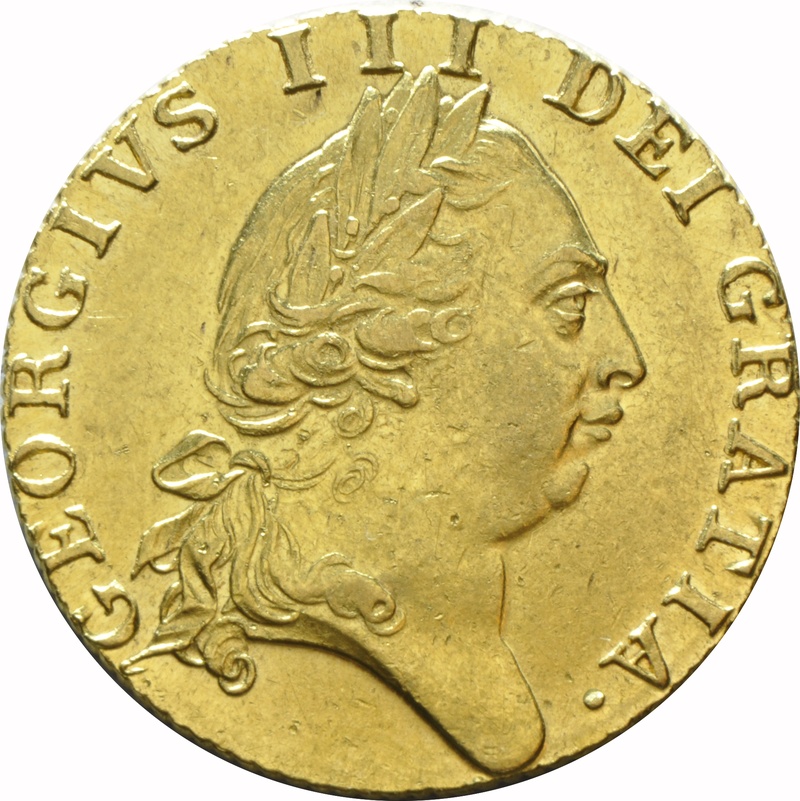 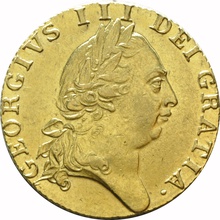 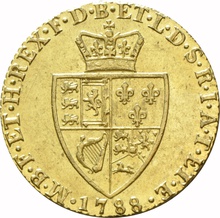 Perhaps one of the best known Guineas, the 5th head George III Guinea featured the spade design on the reverse was issued 1787 - 1799.

Coin in Good to Fair condition.

The one Guinea gold coin took it's name from the region of West Africa where much of the Gold for the coins originally came from. It contains approximately 8.4 grams of 22ct gold - almost exactly 1/4 oz fine Gold. The coins are approximately 25mm in diameter (the specification varied slightly throughout the 151 years of it's life. The Guinea (worth 21 shillings) was eventually replaced by the smaller Gold Sovereign (worth 20 shillings) in 1817 but the use of the unit continues to this day - implying a commission of 5% on the pound value. 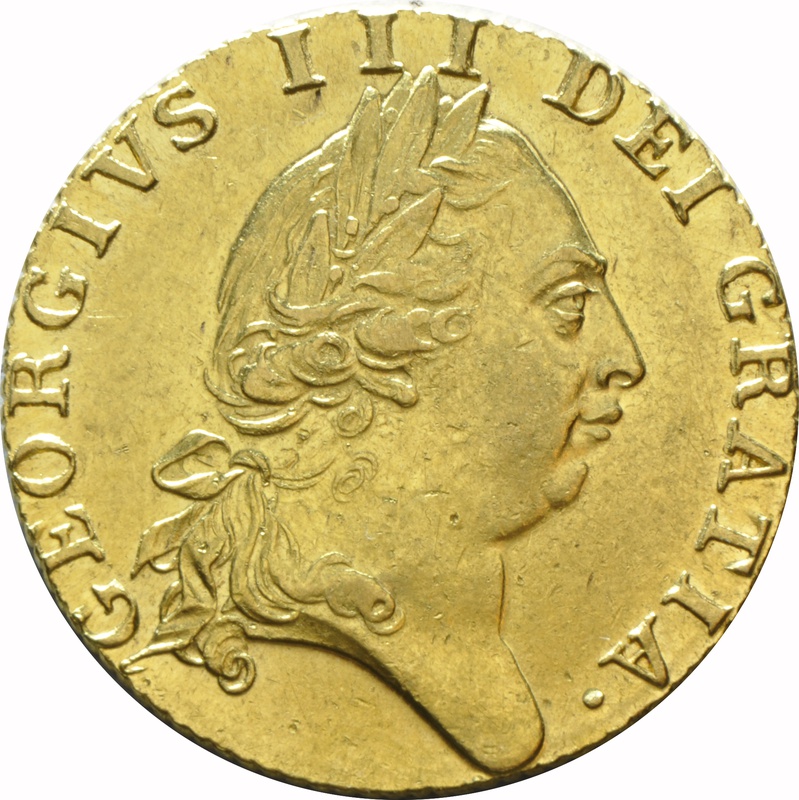