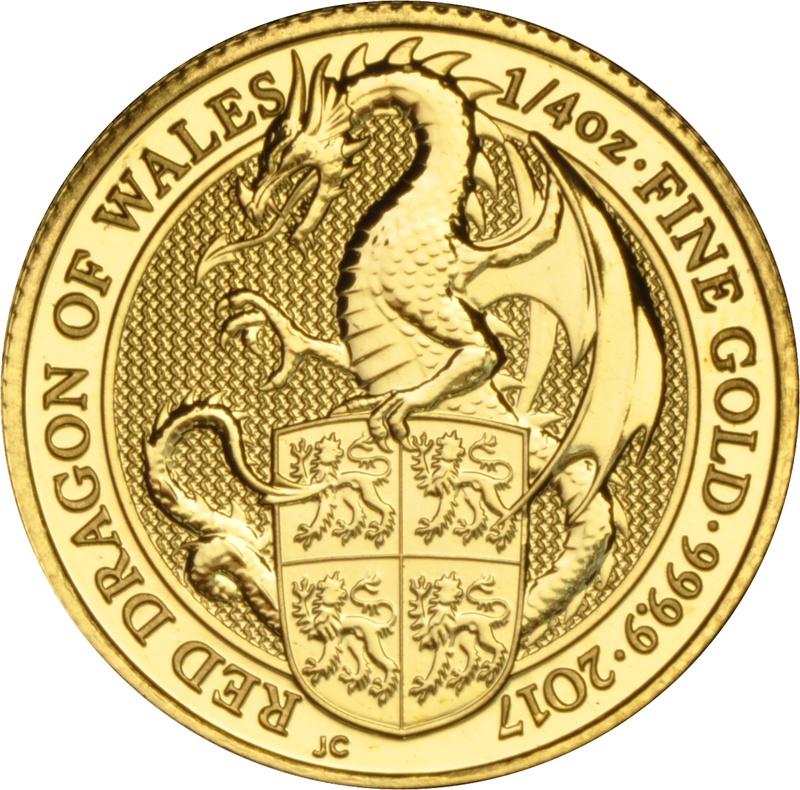 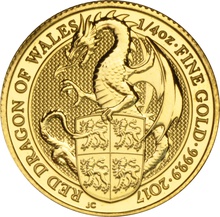 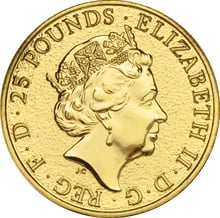 The third coin features the Red Dragon of Wales which represents power and sovereignty. The coin is fine Gold and weighs one quarter ounce (7.81grams). 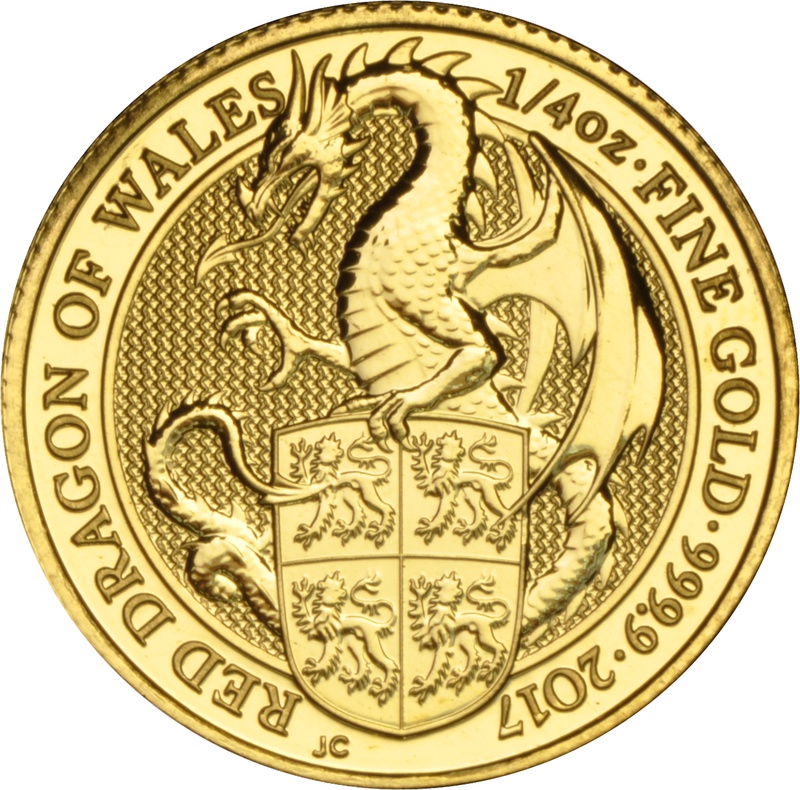