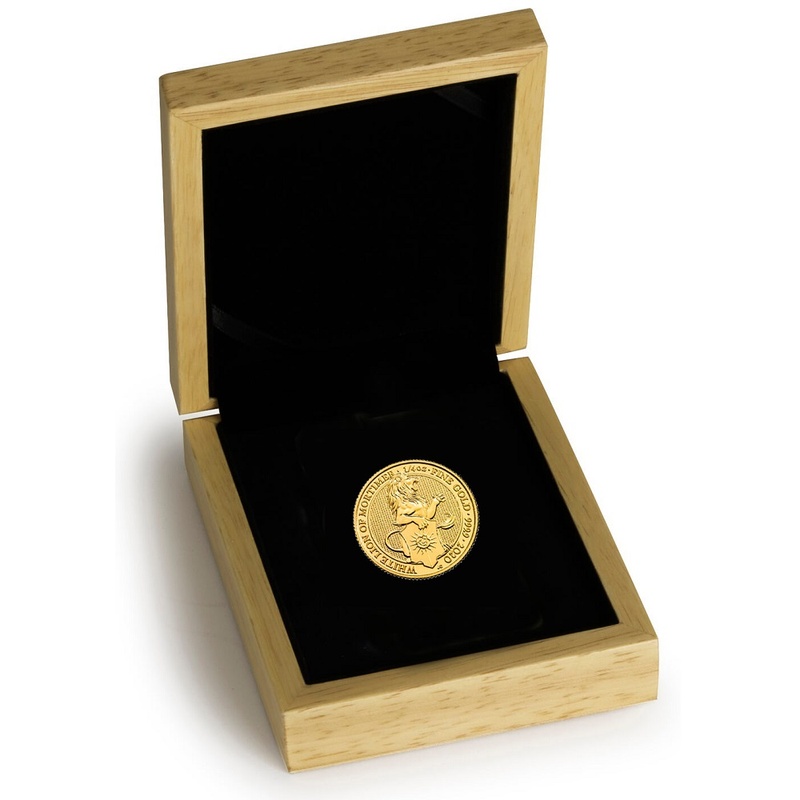 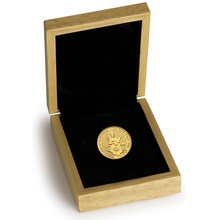 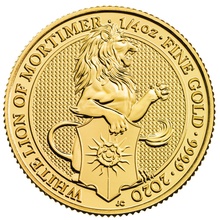 This beautiful 2020 1/4oz gold White Lion of Mortimer is the eighth of a series of ten from the "Queen's Beasts" range of Royal Mint coins. Presented in an attractive black velvet lined oak gift box.

The White Lion of Mortimer is another beast inherited by the Queen from Edward IV of the House of York and it was a favoured symbol of King George VI - Queen Elizabeth II's father - prior to his coronation.

The quarter ounce £25 White Lion of Mortimer coin will be exempt of any Capital Gains Tax when you are ready to sell.

A note to collectors - the Queens Beast series of coins will be issued one-by-one by the Royal Mint up until 2020. If you intend to collect this range, we will not have access to these earlier coins in 2020 as they are limited edition, so you will need to purchase them individually as they become available (roughly every six months). 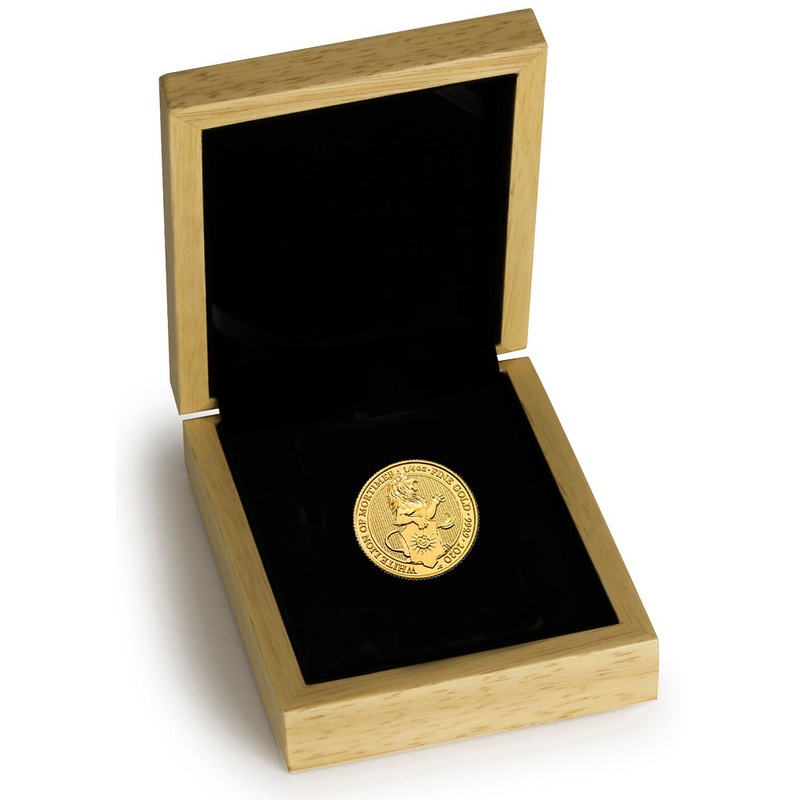