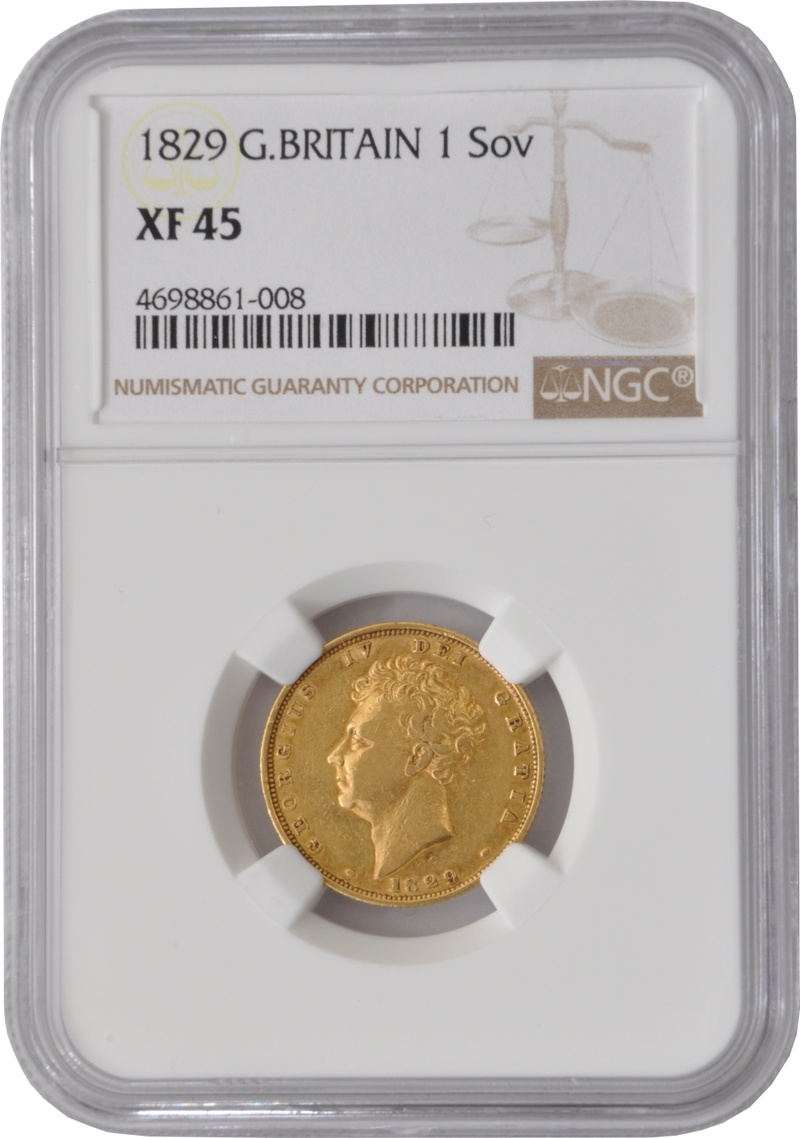 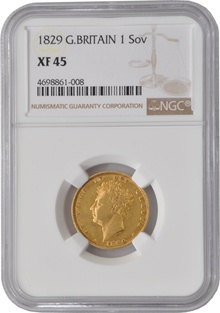 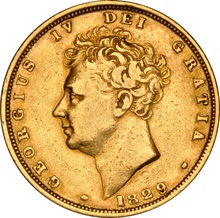 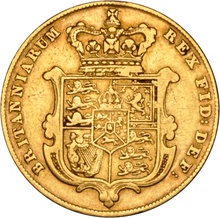 A scarce coin. 1829 coin features the bare head portrait of George IV by J.B. Merlen on the Obverse. The Reverse has the Ensigns Armorial of the United Kingdom in an ornate shield, surmounted by the Royal Crown, the centre section of the shield showing the Hanoverian arms surmounted by a small crown. Text reads "GEORGIUS IV DEI GRATIA" , "BRITANNIARUM REX FID:DEF".

Graded by the Numismatic Guaranty Corporation (NGC) to

NGC is the world's largest and most trusted third-party grading service for coins tokens and medals. Since being established in 1987, NGC has graded more than 41 million coins. 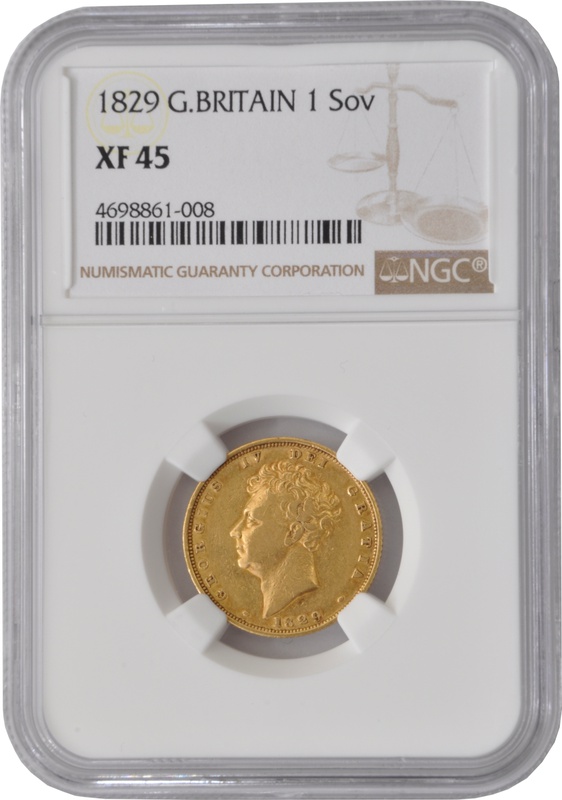