NORMAL DISPATCH RESUMED: We aim to dispatch new orders placed before 13:30 CEST the same working day. Older orders will be dispatched as soon as possible - Click for our latest coronavirus update 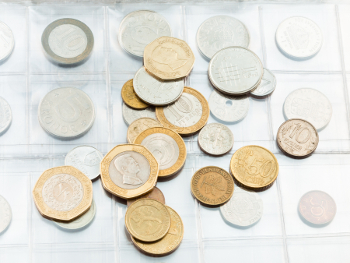 As the UK’s No.1 online bullion dealer*, the majority of BullionByPost’s customers are interested in buying gold, silver, and platinum coins as shields against inflation and economic instability. However, some of the coins that we sell also attract customers of a slightly different nature. Coin collecting, or numismatics, has been popular for as long as coins have existed. Once known as the ‘hobby of kings’, it is now far more accessible to the wider public, with millions of people worldwide devoting their time and money to completing their collections of rare, famous, and beautiful coins.

A numismatic coin differs from a bullion coin as its value is not based purely on its metal content, but on four key factors: condition, grade, scarcity, and demand. So while a bullion coin will typically trade at a very low premium above its precious metal content in a ‘cash for cash’ exchange, numismatic coins will usually sell for significantly more. Certain bullion coins also possess certain numismatic characteristics and can sometimes be valued according to their grade and scarcity as well as their precious metal content. These are known as ‘semi-numismatic’ coins and are of great interest to coin collectors. As such they will usually come at a significant premium above their material bullion value.

In order to give some sort of direction to their hobby, collectors will often adopt a thematic approach, looking to obtain coins that all have a certain common feature. Examples of these themes include collecting proof coins, coins of a certain metal, from a certain country and more... 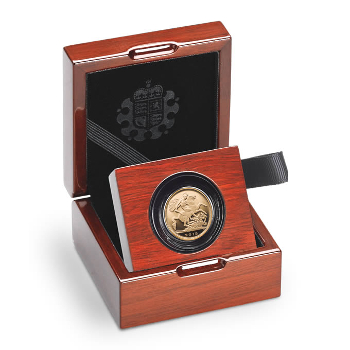 Proof coins are slightly different to semi-numismatic coins in that they tend to be expensive even before their appeal to collectors is taken into account. Greater measures are taken in the production of proof coins to enhance their appearance, meaning they will usually cost significantly more than their precious metal value. A great example of this is the Sovereign Five-Coin Proof Set. Each year the Royal Mint releases a set of coins consisting of proof versions of the 5 denominations of Sovereign. At the current spot price, the combined gold content of these coins is worth around £1,790. However, the proof set would most likely trade for at least £1,000 more than that. Special edition proof coin sets will often be released by the Royal Mint in order to celebrate certain events or anniversaries. Click here to view our range of Proof Sovereigns.

Some individuals might be attracted to coins made from a particular metal, or even a particular bimetal combination. As bullion dealers BullionByPost don’t sell bimetal coins, however we do have a wide range of gold, silver, and platinum coins.

One of the most popular themes for numismatic collections is by country. These collectors may try to obtain as many coins from one country as possible, or perhaps coins from as many different countries around the globe as they can. See our wide range of World Coins . 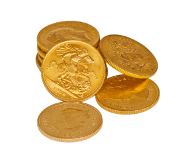 Series collections will be more focused than a country collection, with collectors concentrating on perhaps just one coin. A popular example of this is Sovereign collecting, where Sovereign enthusiasts aim to collect one from each year and each mint branch in which the coin was made.

Another popular theme is to collect coins according to the period in which they were made. A numismatist collecting according to a certain period may choose to look for coins issued under a particular monarch, for example.

As bullion dealers, our concern is the precious metal content of our coins rather than their numismatic qualities. Plenty of investors opt for rare collectible coins believing that their premiums will always be higher than a more common version of the same coin. While this isn't impossible, the reality is these premiums are only dependent on demand from collectors. A gold or silver bullion coin's intrinsic value, however, will always be based on its precious metal content. Click here for more information on bullion coin dealers.