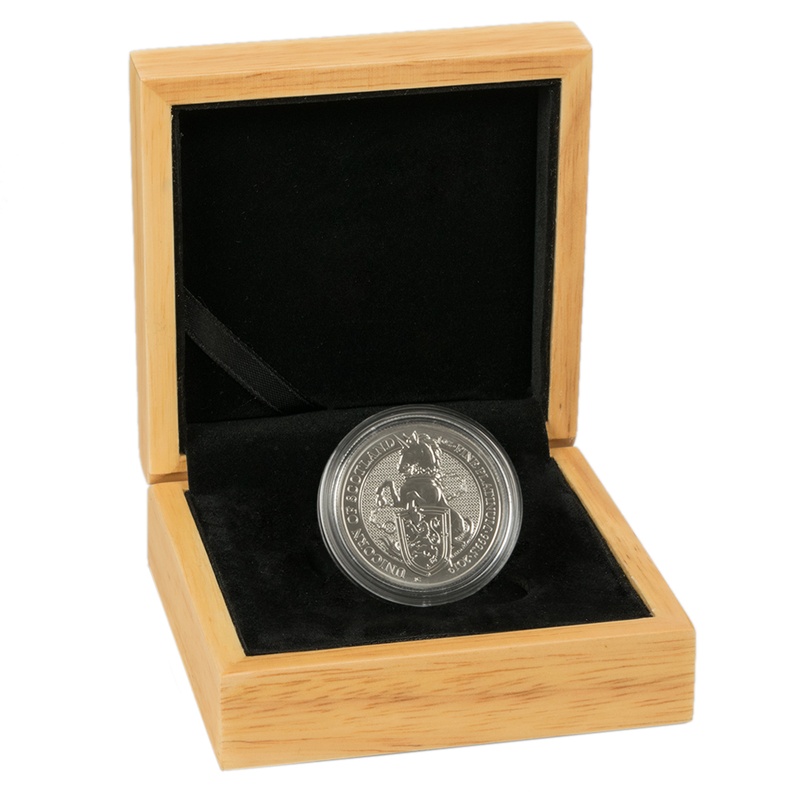 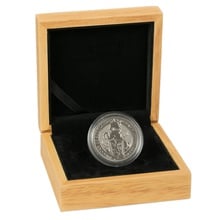 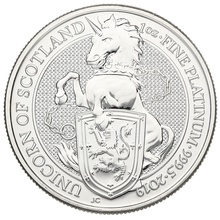 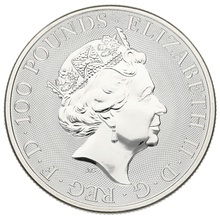 The Royal Mint Queen's Beast series of coins continues to grow with the addition of the One Ounce Platinum Unicorn to the range. The Queen's Beasts are the first ever series of Platinum coins issued by the Royal Mint. This coin will be presented in an attractive oak gift box. 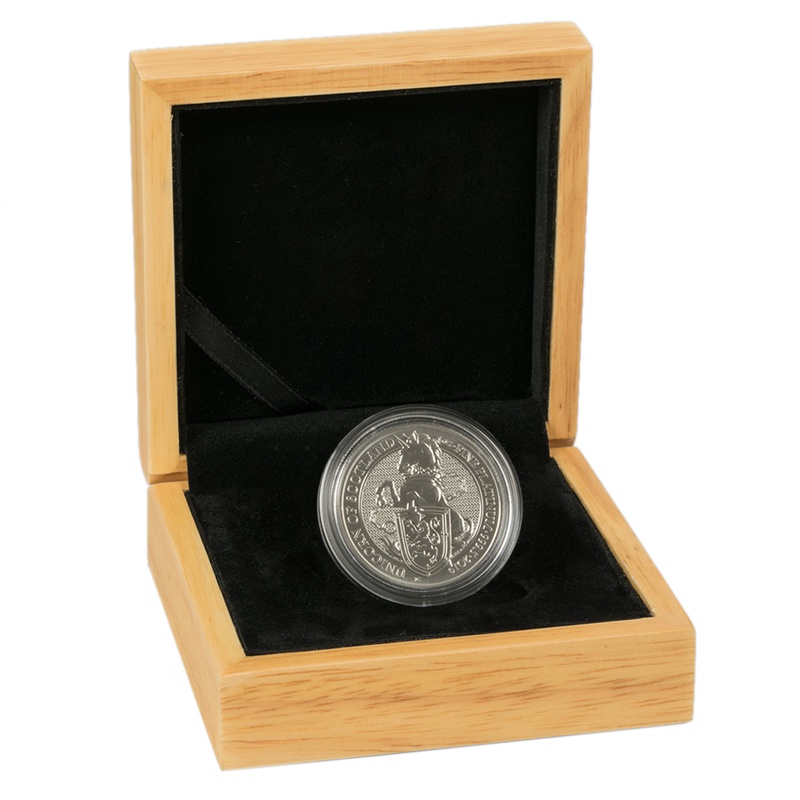