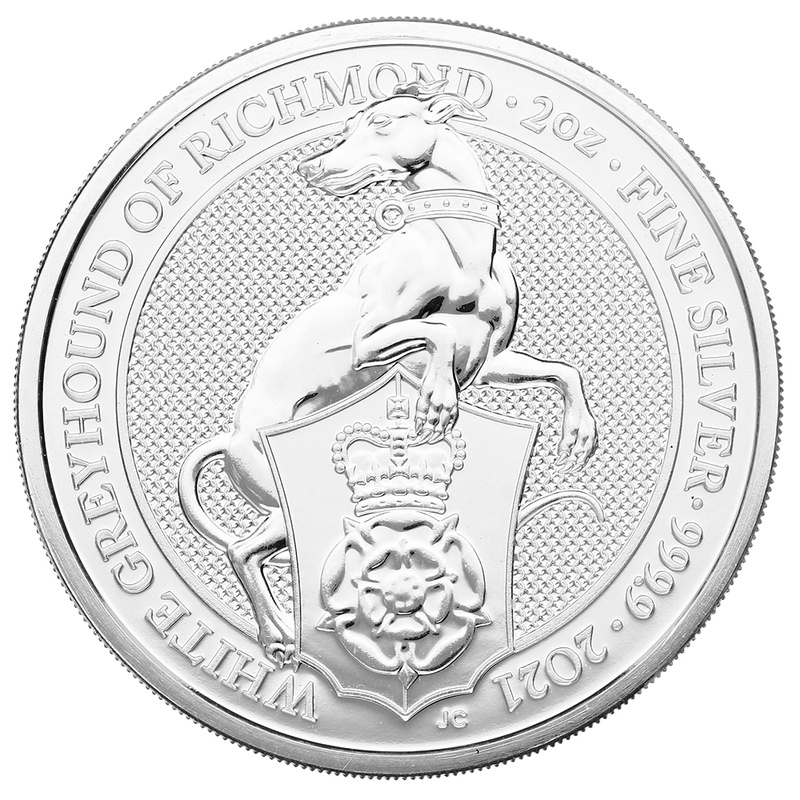 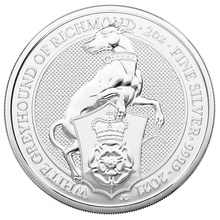 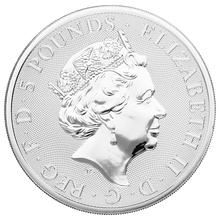 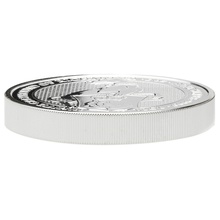 This beautiful 2021 two ounce silver coin featuring the White Greyhound of Richmond is the tenth, and final, coin in the popular "Queen's Beasts" series from the Royal Mint. These coins are based on the ten statues which stood guard outside Westminster Abbey for the Queen's Coronation in 1953. They were originally sculpted by J.Woodford RA in 1953 and represent the various houses in the Queens ancestry.

The coin contains two ounce of fine silver with a nominal value of £5. Just like other British currency, this coin is exempt from Capital Gains Tax. Like all coins in this series both the obverse and reverse are designed by the Royal Mint's Jody Clark. 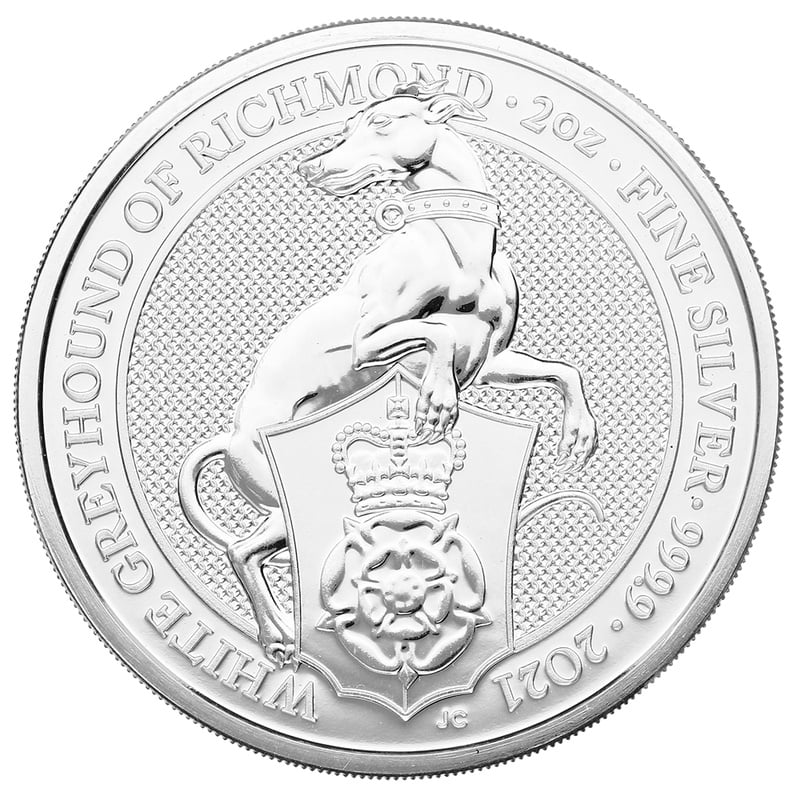