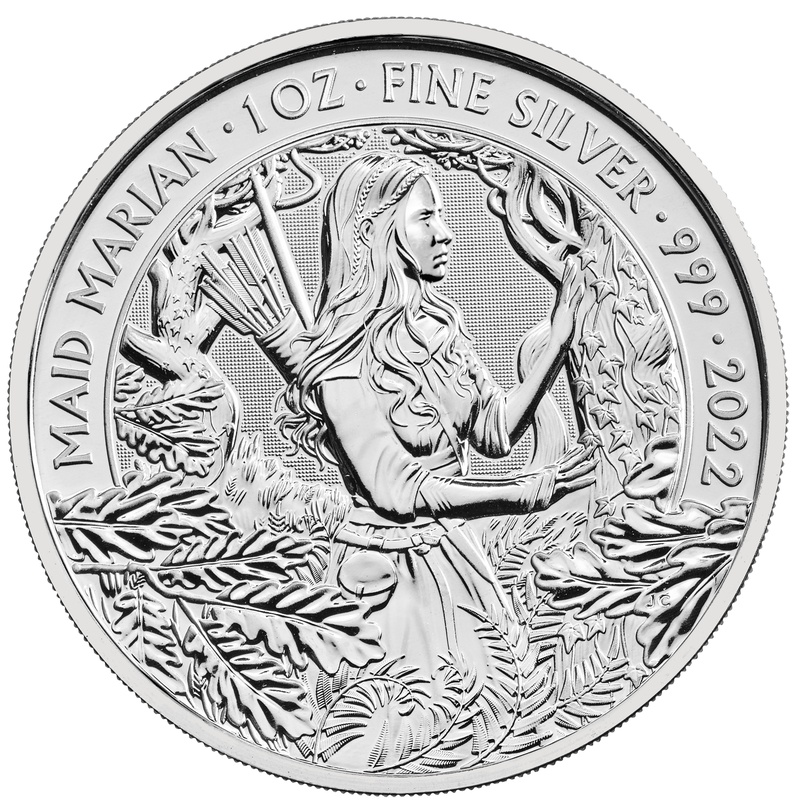 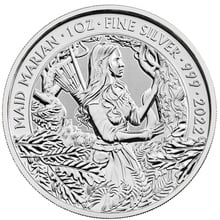 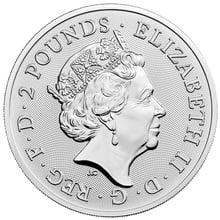 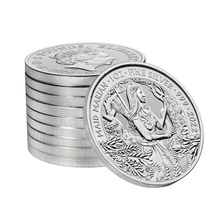 The second of three new 'Myths & Legends' coins from The Royal Mint, the 2022 Maid Marian 1oz silver coin is the latest released collectable coin celebrating the great and the good of British folklore.

Following on from the Robin Hood bullion coin, this depiction of Maid Marian with bow and a quiver full of arrows is once again designed by Jody Clark - the chief designer with The Royal Mint.

The 2022 Maid Marian coin is pure 999 silver and contains exactly one troy ounce.

The Royal Mint have announced that the final coin will feature Little John, concluding the mini-series of releases surrounding the fabled Robin Hood, but potentially opening up to future releases of other famous figures, such as Boudicca and Merlin. Only time will tell... 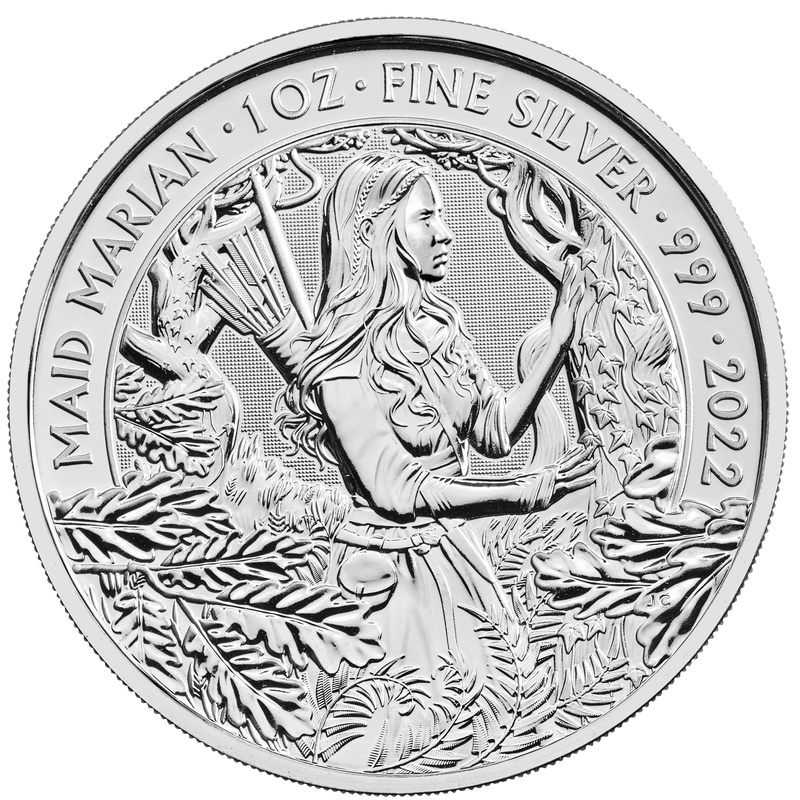