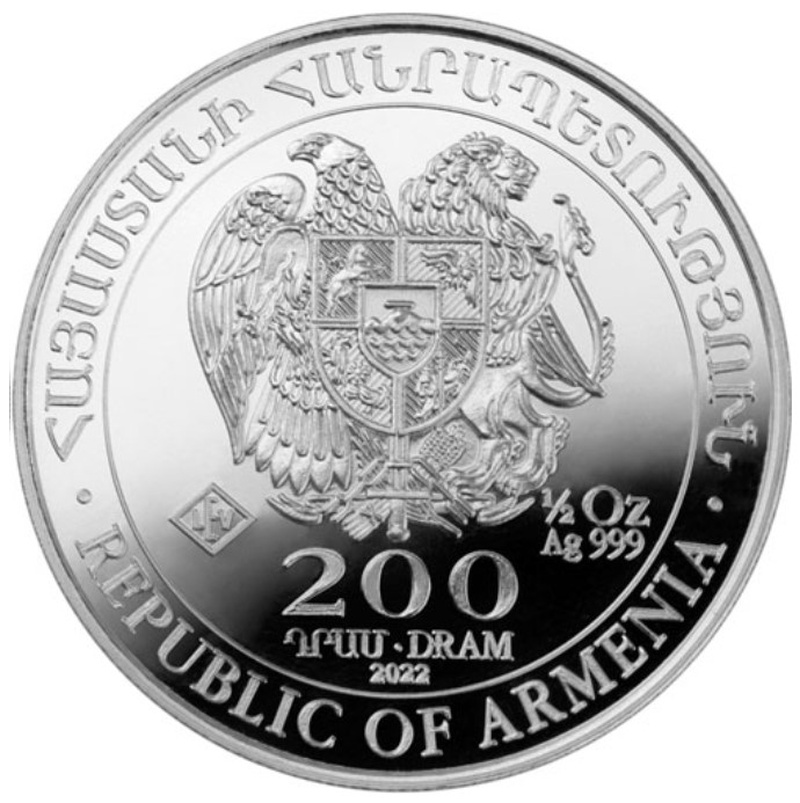 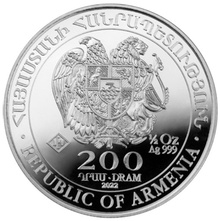 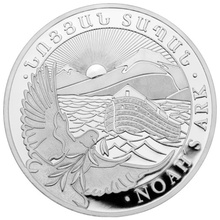 On the obverse of the coin is the Armenian National Coat of Arms, surrounded by the inscription 'Republic of Armenia' in both Armenian and English. You can also see the manufacturer's mark, the nominal face value of 200 Dram, the purity of .999 silver (AG) and the weight of a half ounce (1/2oz). 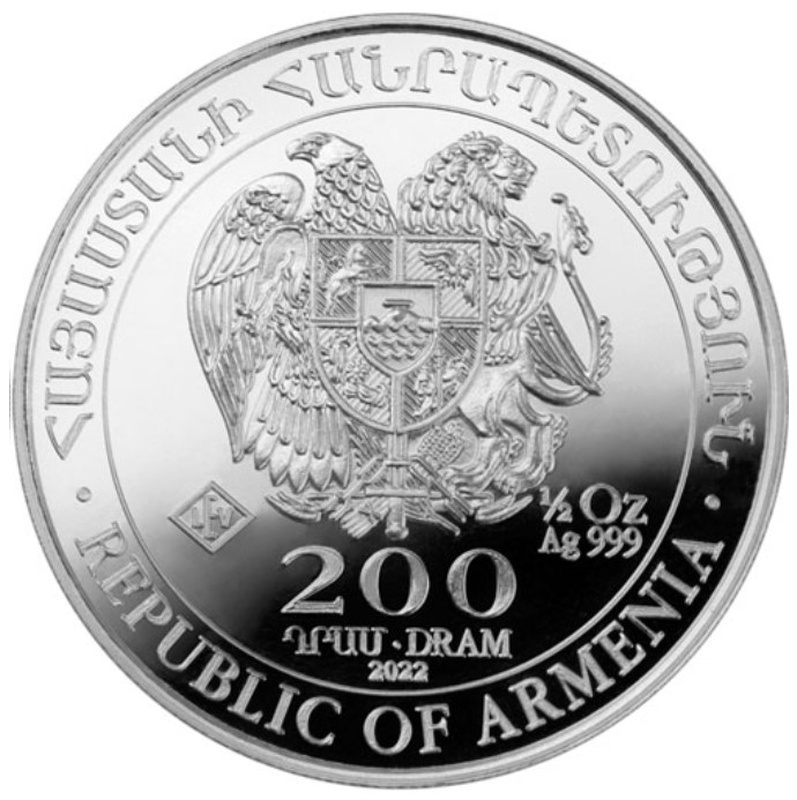