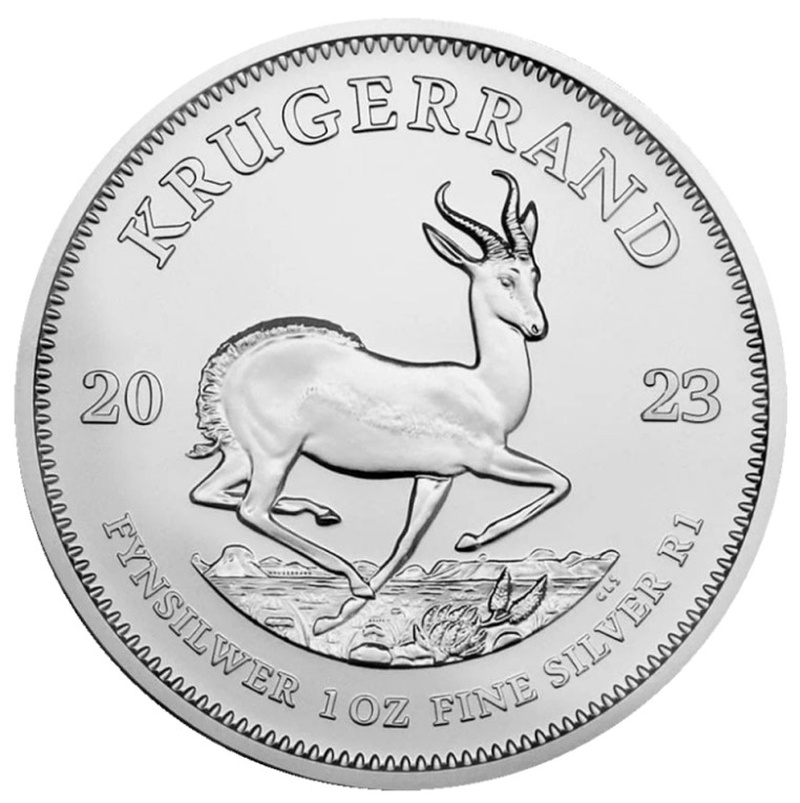 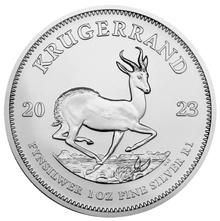 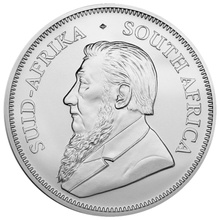 The Rand Refinery in South Africa originally released the gold Krugerrand in 1967 creating the first bullion coin and changing the way people buy gold but it took until 2017 for a silver version of this iconic coin to be released. Just like the gold version this coin features a bust of the South African statesman Paul Kruger on the obverse and a Springbok, South Africa's national animal on the reverse.

The 2023 1oz silver Krugerrand coin contains one ounce of fine silver (31.103 grams) and has a face value of 1 Rand. Multiples of 25 will be delivered in tubes, with orders of 500 coins in Monster boxes. For other units, your coins will be delivered in hard-case plastic capsules.