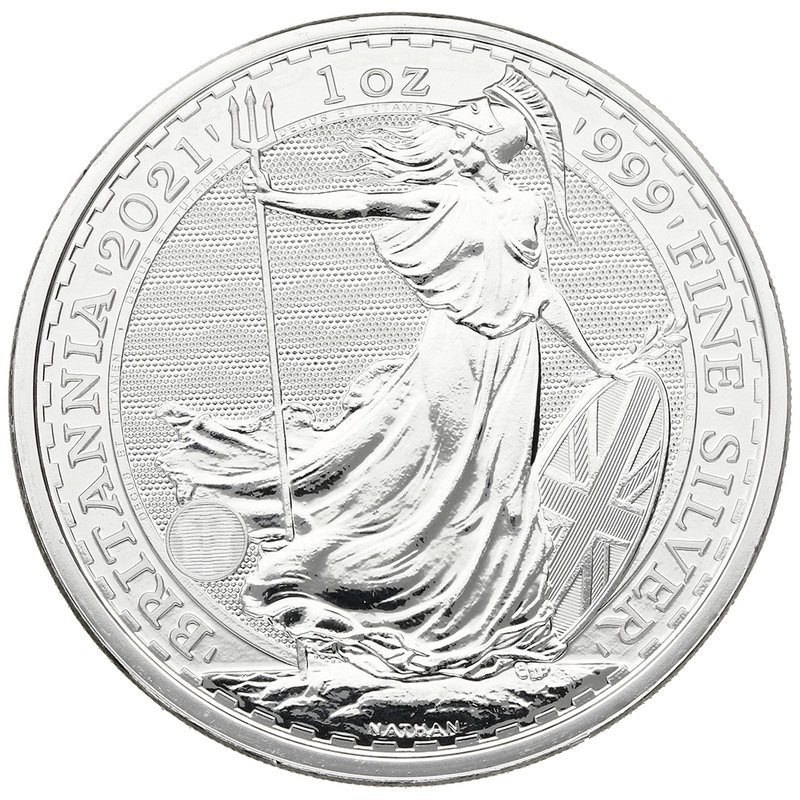 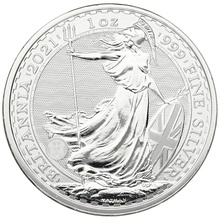 The new 2021 Britannia one ounce silver coin is the first of a new generation of bullion coins from The Royal Mint with special security measures to make them near-impossible to fake.

Produced in .999 fineness and containing 31.1g of silver, this 1oz silver coin is amongst the finest silver bullion available for investors anywhere in the world.

The coin's reverse side still features the lady Britannia, but now has four new additional design elements for added security. These are a special effect background to mimic waves, additional lines on Britannia's shield, Latin text around an inner ring of the coin, and a new holographic spot which changes between a trident and padlock depending on the coin's angle.

The obverse of the 2021 Britannia still displays the fifth and most recent portrait of Queen Elizabeth II, first introduced in 2015. It was designed by the Royal Mint's own engraver, Jody Clark - the first time a Royal Mint employee has been selected.

All of our coins are sent out in protective plastic capsules, but every 25 coins (or around that figure) will be grouped in a protective Royal Mint coin tube. 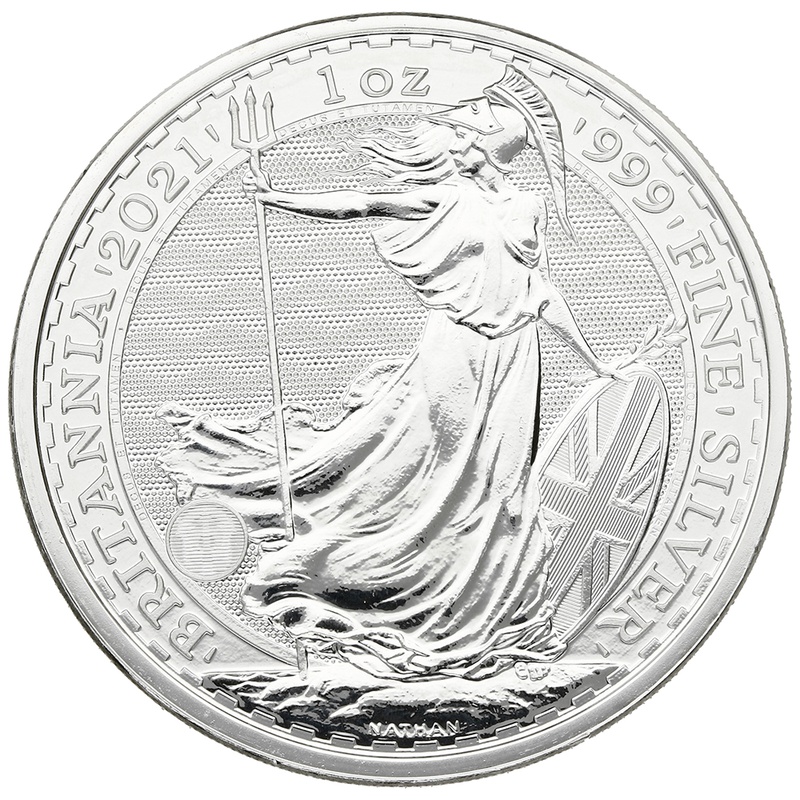