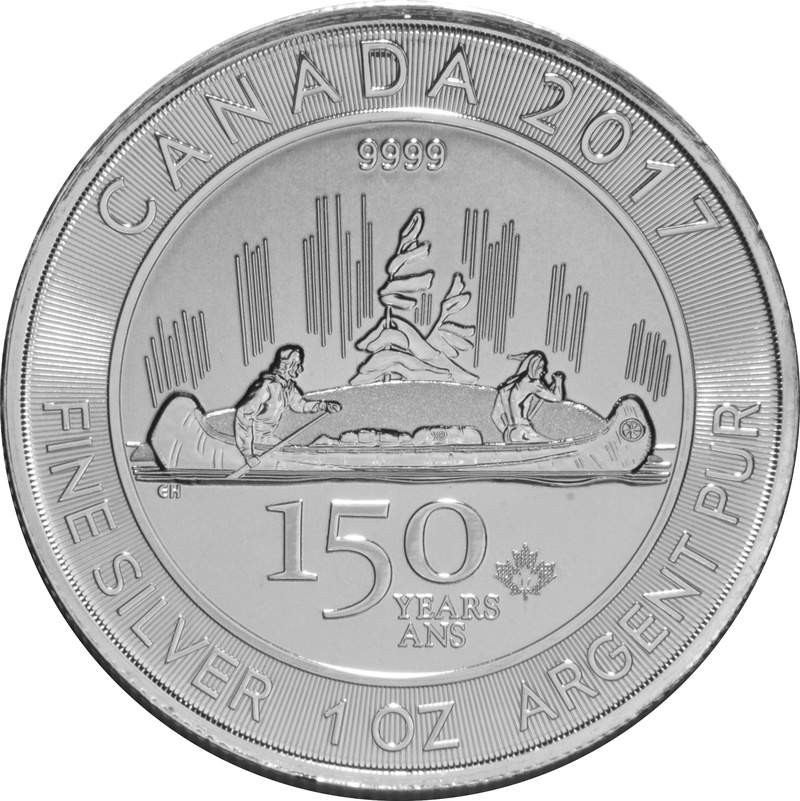 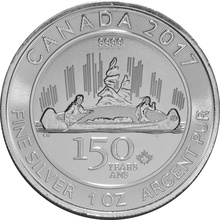 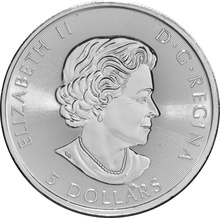 A special edition One Ounce Silver Coin from the Canadian Mint featuring the original design of 'the Voyageur', by Canadian sculptor and coin designer Emanuel Hahn, who was the first president of the Sculptors' Society of Canada.

The reverse of the coin is a facsimile of the original circulated 1935 Canadian Silver Dollar - it has been issued to celebrate the 150th anniversary of the Federation of Canada. The design features a Voyager with a guide aboard his canoe along with some some furs to be traded. A pine forest can be seen in the background, which is symbolic of the unexplored frontier.

The coin is produced in .9999 silver and features the unique Canadian Maple leaf security motif. The Production of this coin is limited to 250,000 coins. 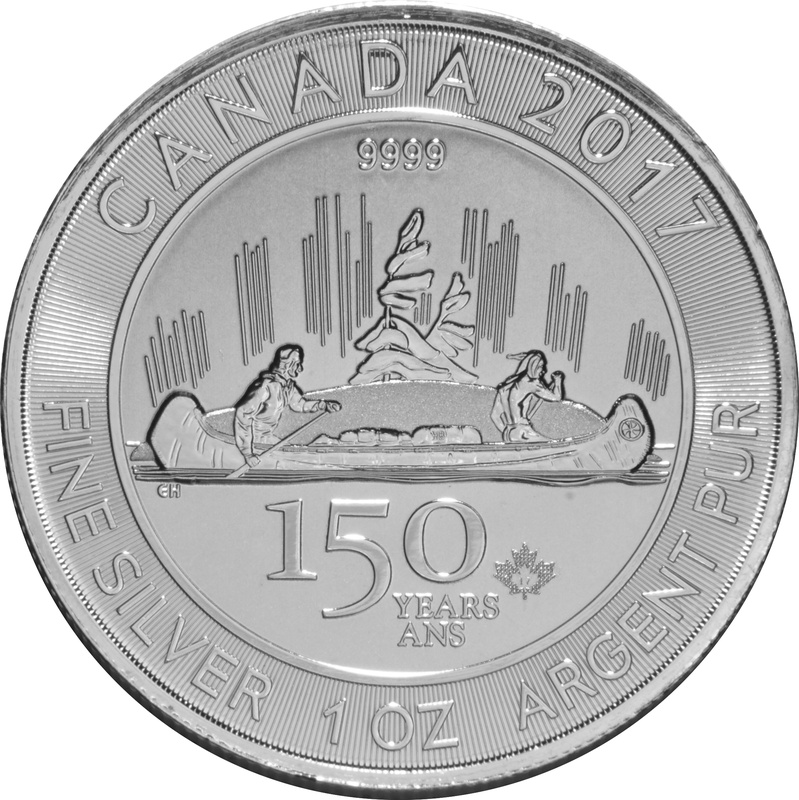