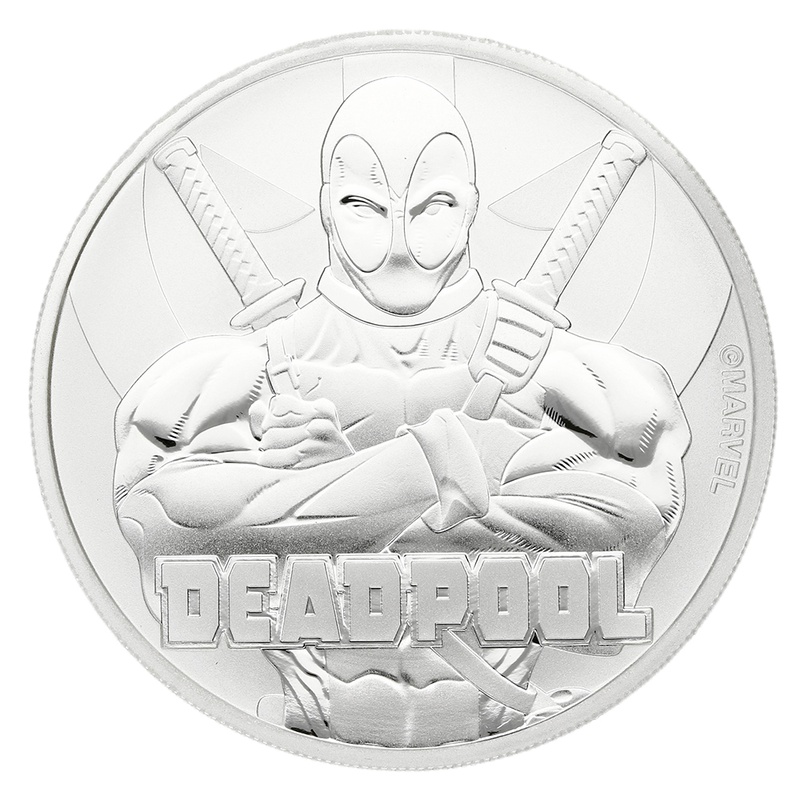 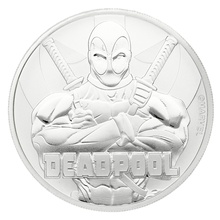 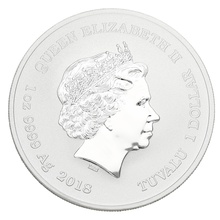 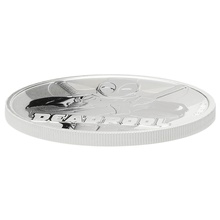 The 2018 Deadpool 1oz silver coin is a brilliant uncirculated coin produced by The Perth Mint on behalf of the Pacific island nation of Tuvalu. This officially licensed coin is 999.9 purity silver and is limited to a mintage of 50,000.

The coin's reverse depicts Deadpool, also known as Wade Wilson; a loud-mouth Canadian anti-hero with incredible healing and regeneration powers akin to those of Wolverine. Deadpool is pictured with his arms crossed and his two katanas showing over his shoulders slightly. The Perth Mint doesn't confirm whose artwork was used for this depiction, but the likely candidates are either Rob Liefeld - co-creator of Deadpool and Cable, or Mike Zeck - another key Marvel comic writer and artist.

The coin's obverse uses Ian Rank-Broadley's portrait of Queen Elizabeth II - her fourth portrait. This side of the coin also shows the coin's weight, purity, and legal tender value of $1 (one dollar).

This is the fifth coin in a series of eight from The Perth Mint on behalf of Marvel. Spider-Man, Black Panther, Thor, Iron Man, Captain America, Hulk and Venom make up the rest of the series, while a rare 1oz proof silver coin was also issued in line with the release of the Captain Marvel film. 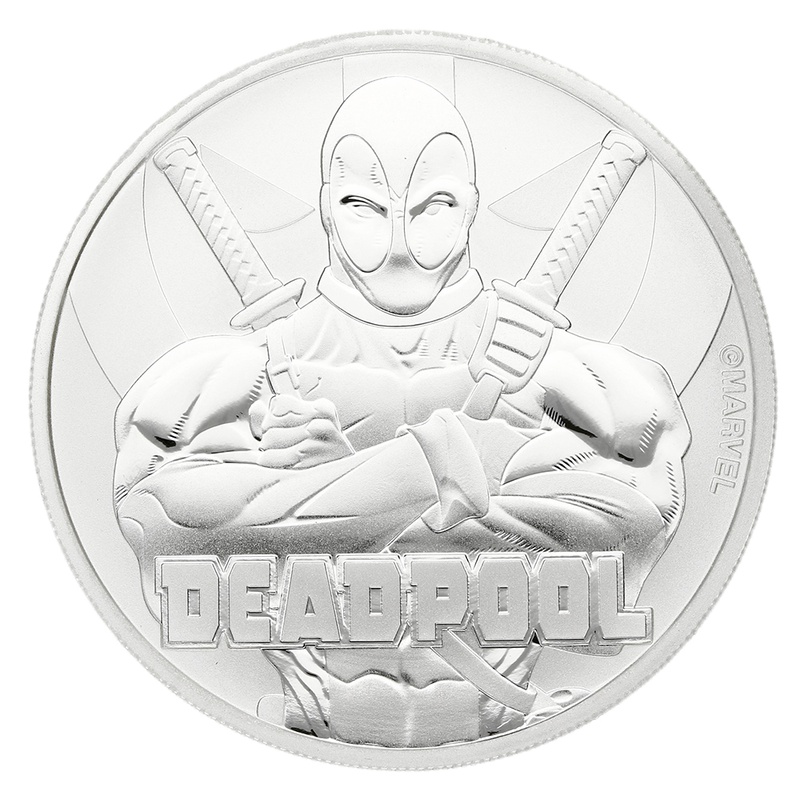