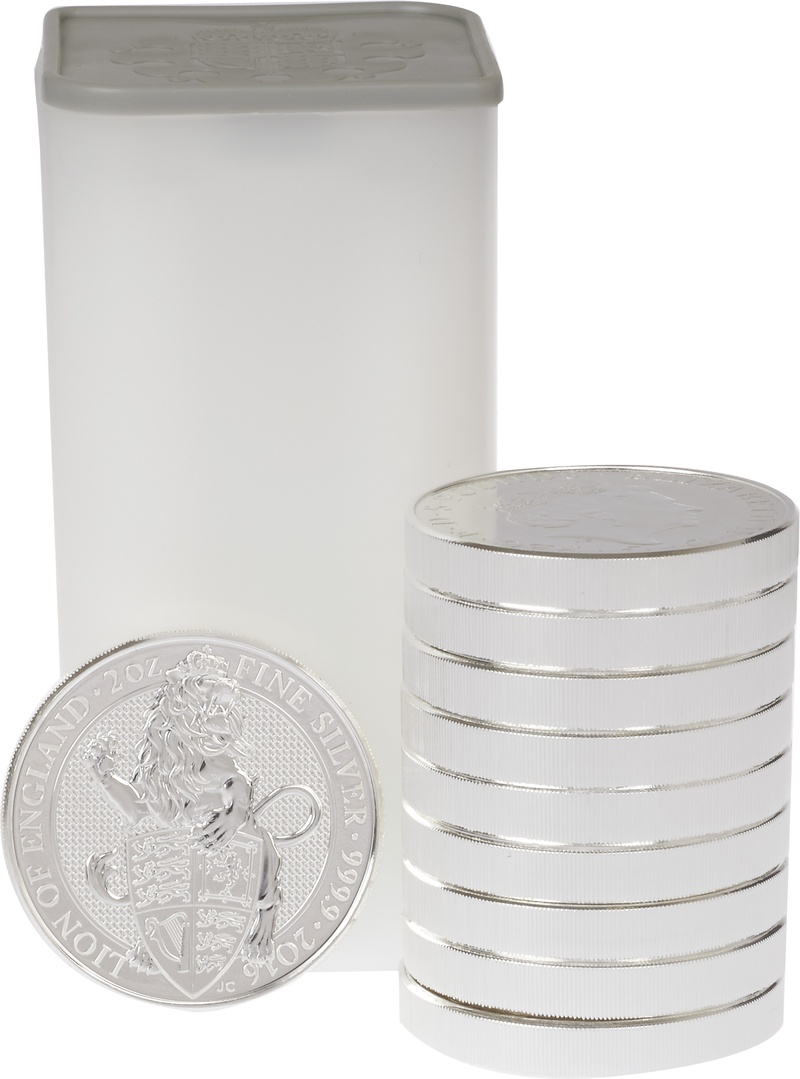 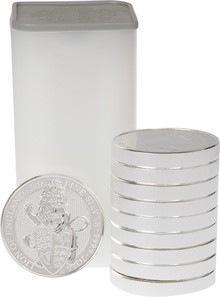 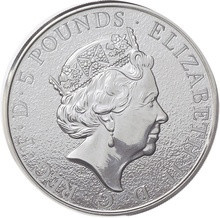 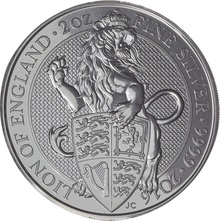 This is a tube of ten x Two Ounce Silver Lion coins.

The first coin features the Lion of England. The coins are fine Silver and weighs two ounces (62.2 grams) each. 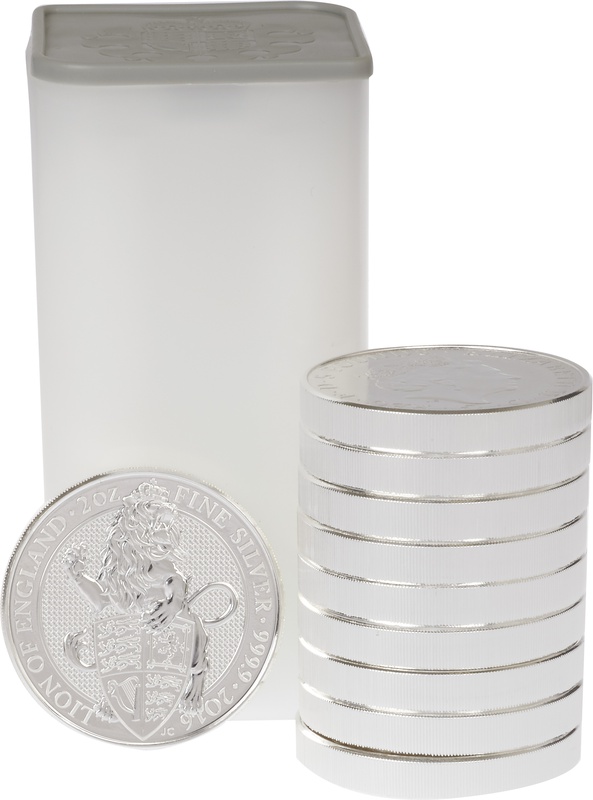