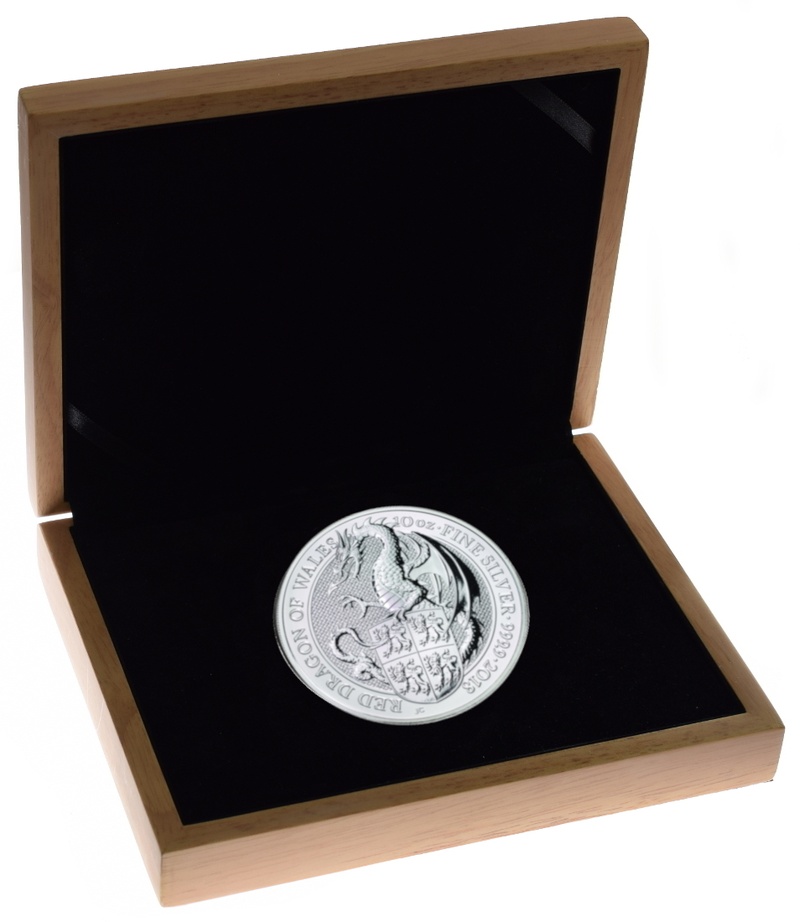 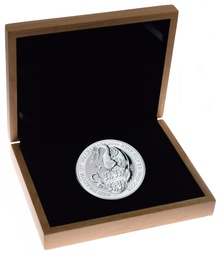 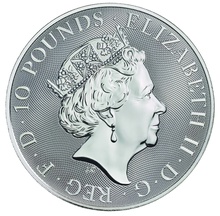 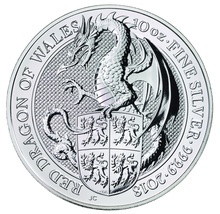 Following the successful release of the 'Queen's Beast' series of coins, the Royal Mint have now released a larger version as this 10oz Silver Red Dragon coin. The Queen's Beasts are ten statues which stood guard for the Queen's Coronation, sculpted by James Woodford RA in 1953. The Queen's Beasts are still standing, but are currently housed at the Canadian Museum of History in Quebec, Canada. Stone replicas of the statues can be found at Kew Gardens.

The third coin features the Red Dragon of Wales. The coin is fine Silver and weighs ten ounces (311.03 grams); beautifully presented in an attractive oak gift box and capsule.

A note to collectors - The Queen's Beast series of coins will be issued one-by-one by the Royal Mint up until 2020. If you intend to collect this range, we will not have access to these earlier coins in 2020 as they are limited edition, so you will need to purchase them individually as they become available (roughly every six months). 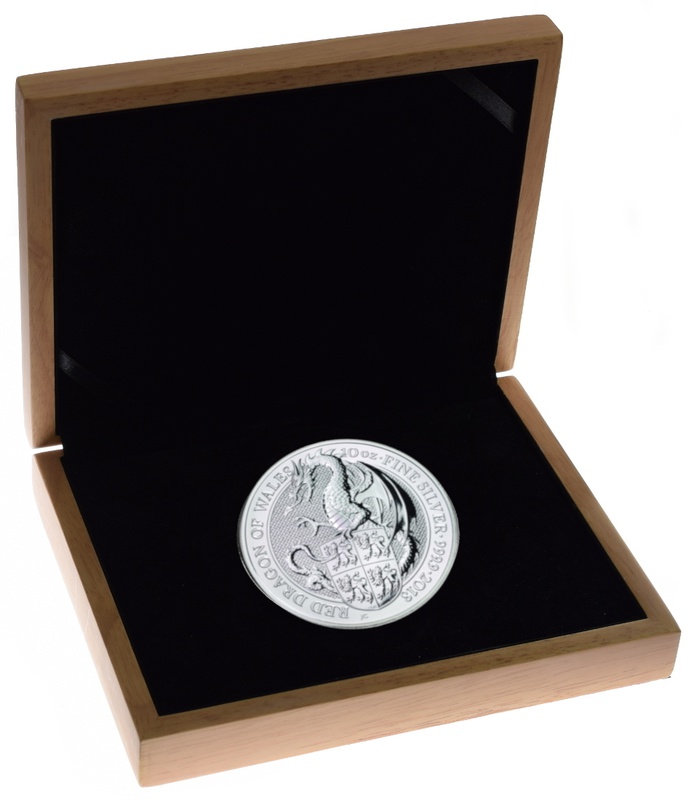