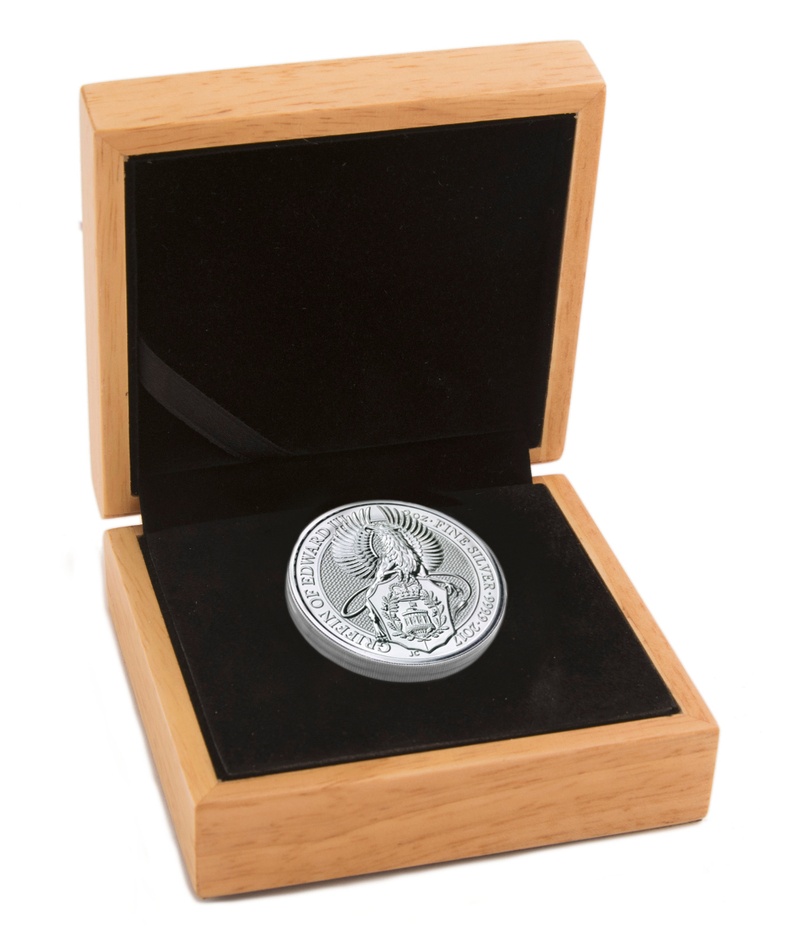 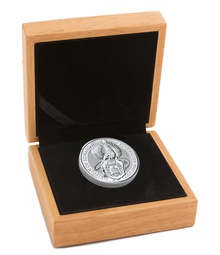 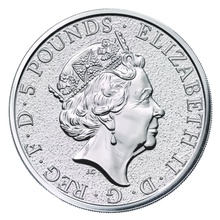 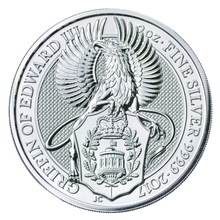 The second coin features the Griffin. The coin is fine Silver and weighs two ounces (62.2 grams).

This coin has a nominal face value of £5.

Provided in an attractive Wood Gift Box. Note that due to the thickness of the coin no capsule is provided. 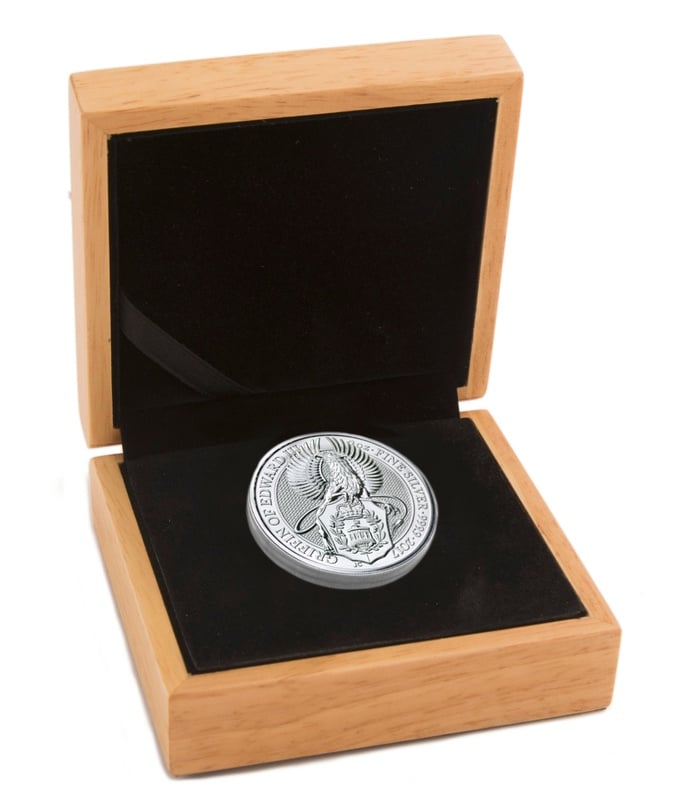