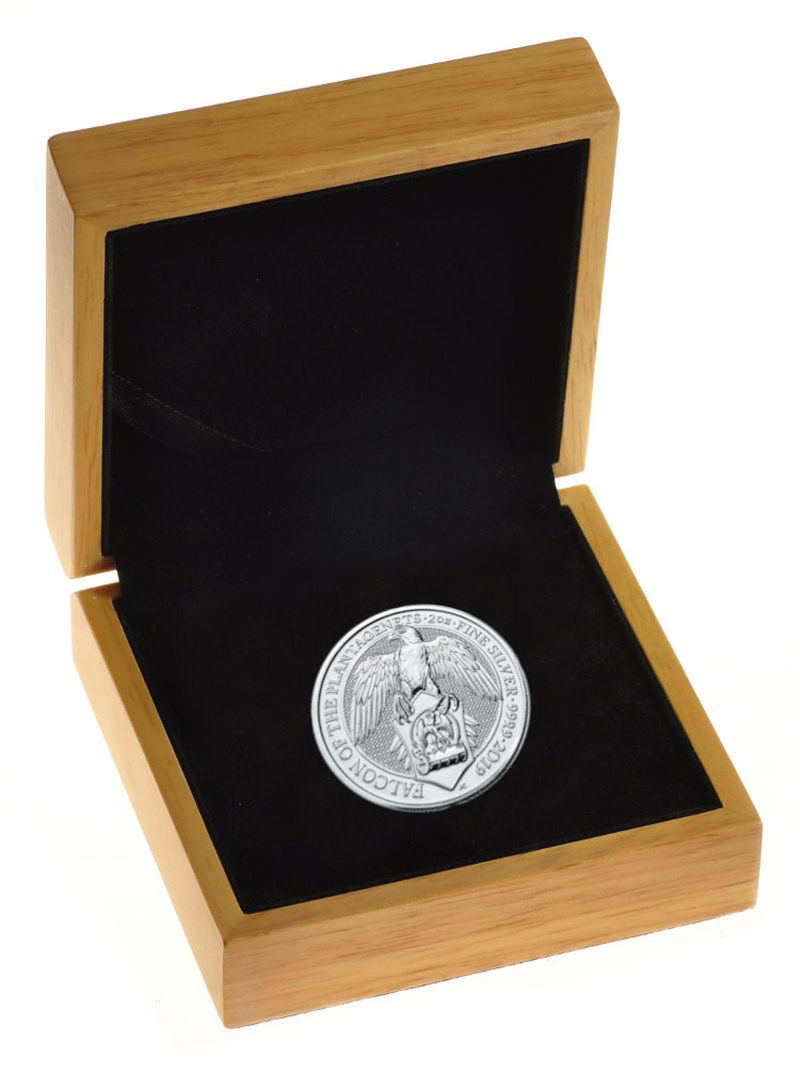 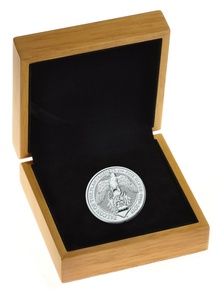 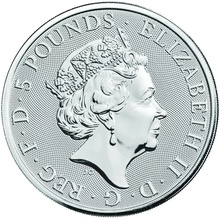 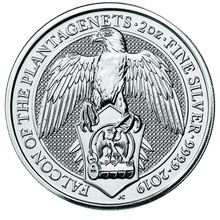 This beautiful 2oz 2019 Silver Falcon of the Plantagenets coin is the sixth of a series of ten that will feature the "Queen's Beasts". The Queen's Beasts are ten statues which stood guard for the Queen's Coronation, sculpted by James Woodford RA in 1953. The Queen's Beasts are still standing, but are currently housed at the Canadian Museum of History in Quebec, Canada. Stone replicas of the statues can be found at Kew gardens.

The first coin features the Falcon of the Plantagenets. The coin is fine Silver and weighs two ounces (62.2 grams). 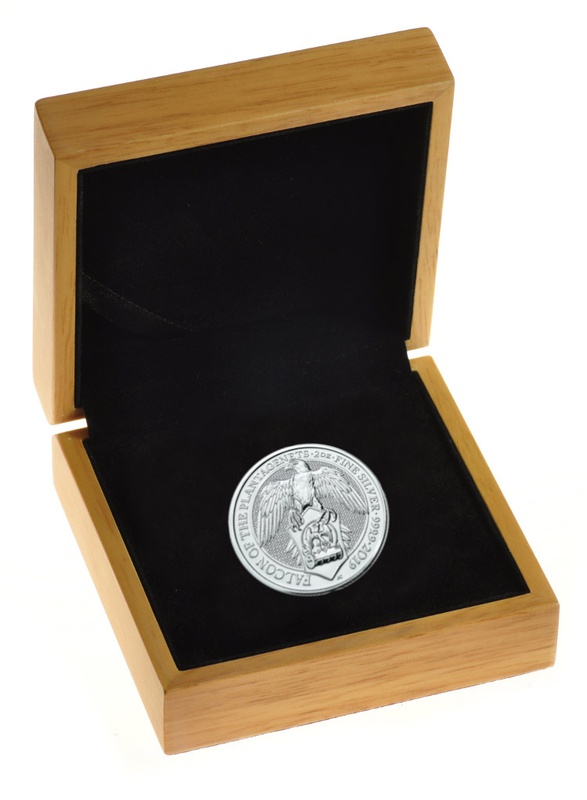