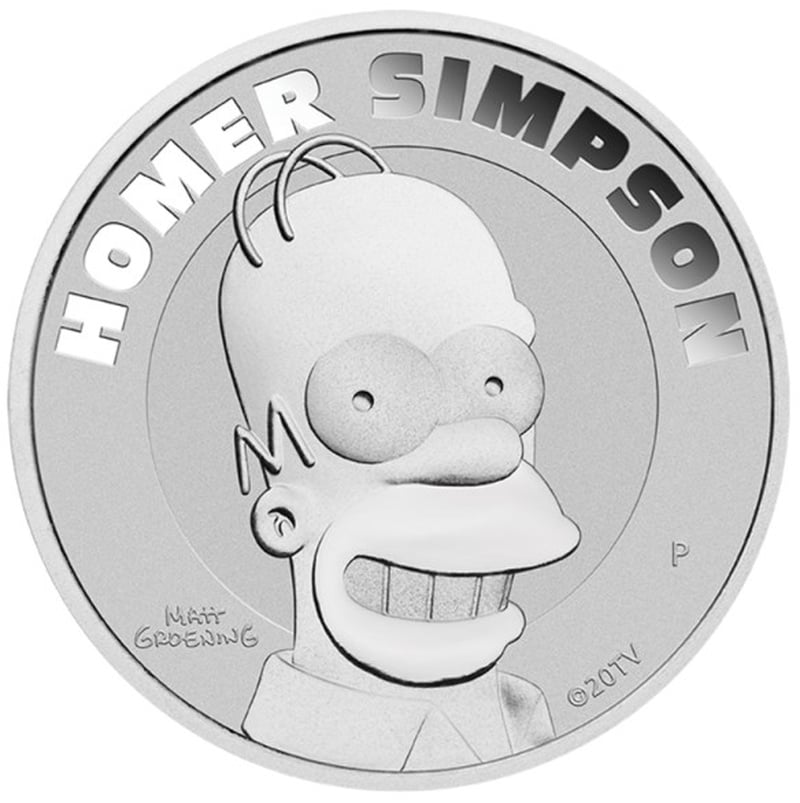 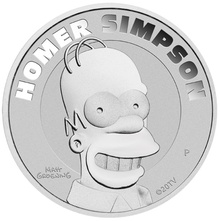 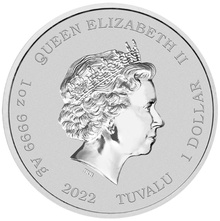 A 2022 Homer Simpson 1oz coin from The Perth Mint as part of "The Simpsons" series.

"Homer, Homer Simpson, he's the greatest guy in hist-o-ry. From the, town of Springfield, he's about to hit a chestnut tree".

Who doesn't love this hapless, beer-drinking, doughnut-loving family man? For over 30 years, Homer has been one of the most popular characters on TV. He joined NASA, the US navy, became a union rep, and worked for a supervillain. Not bad for a man with an IQ of 55...

This silver coin features a smiling Homer above the text HOMER SIMPSON incused into the surface of the coin (rather than raised above it), the name of the series creator Matt Groening appears above him.

These coins contain 31.103 grams of pure 999.9 silver and are have a face value of 1 Tuvaluan Dollar. A great gift idea for any fan of the show. 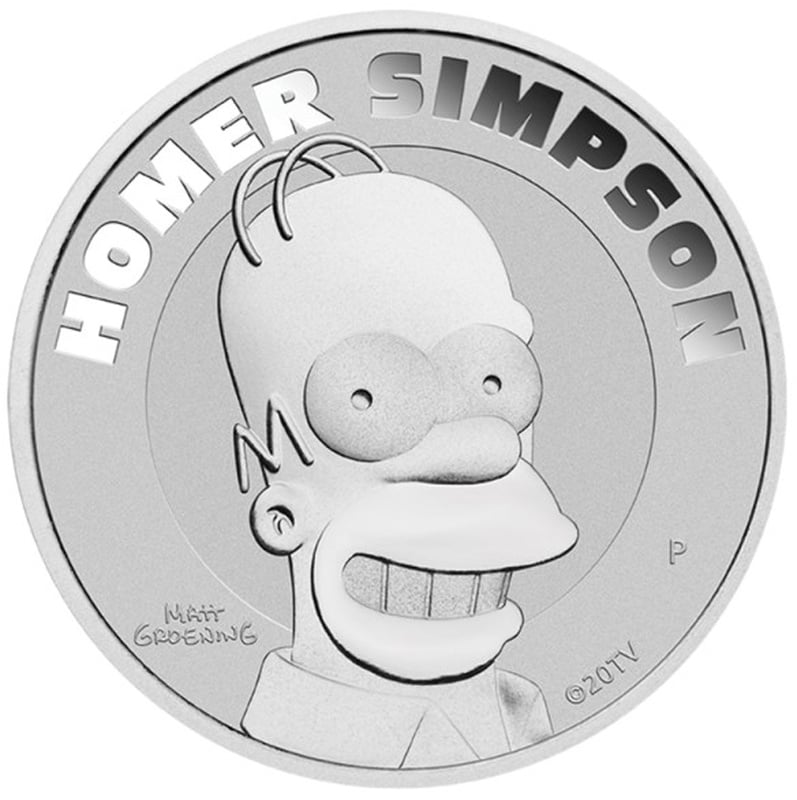