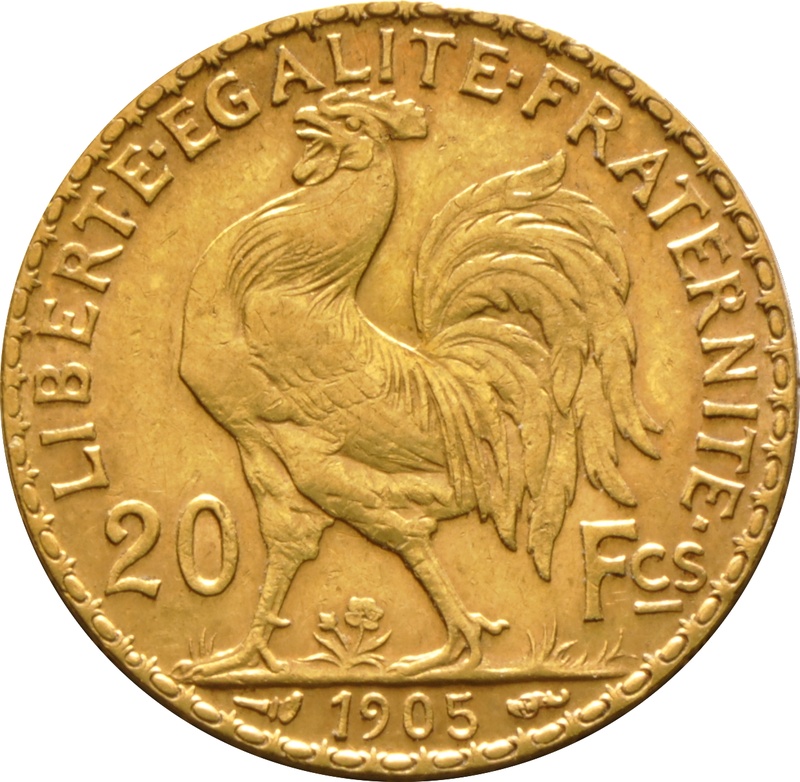 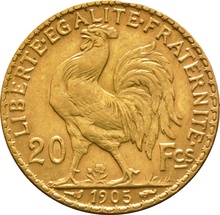 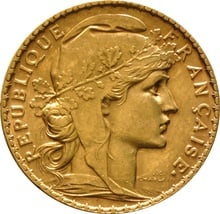 20 Franc coins dated 1899 - 1906 are the original issue coin - the other dates 1907 - 1914 are almost certainly restrikes which were issued 1921 and 1951-1960 by the Paris Mint. This version has a rooster/cockerel on the reverse and a representation of Marianne on the obverse by J.C. Chaplain. The text reads LIBERTE EGALITE FRATERNITE and REPUBLIC FRANCAISE.

You will receive a coin dated between 1889 and 1906 at random from our stocks. 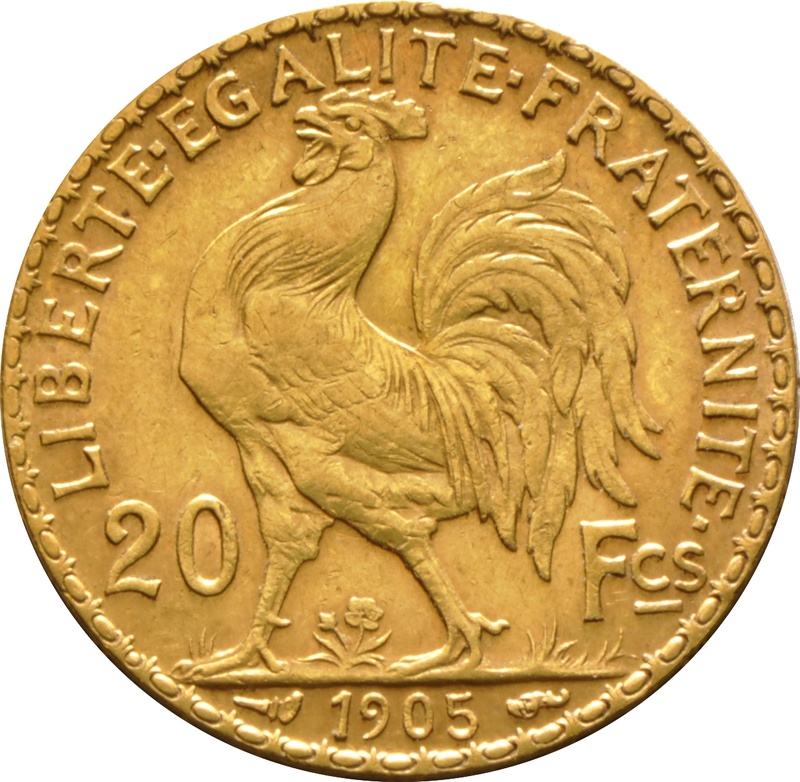