How Much is a Guinea Worth?

What is a Guinea? 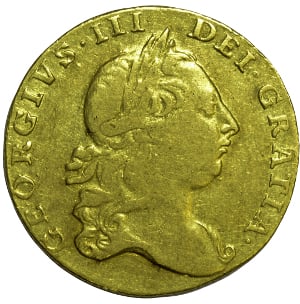 The Guinea was originally produced in 1663 and was the largest denomination in British currency until it was replaced by the pound in 1816. The name ‘Guinea’ apparently refers to the fact that the gold used for minting coins in the 17 th Century was supplied by the Africa Company, who operated along the Guinea Coast in West Africa.

It had a nominal face value of around 20 shillings, the equivalent of a pound in today’s money, although this value fluctuated as high as 30 shillings. It was the first English gold coin to be produced by a machine.


How much is a Guinea worth? 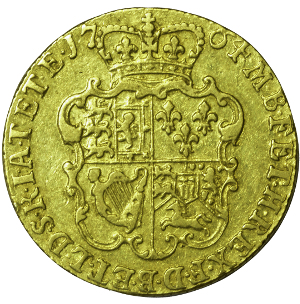 However, since British currency was decimalised on 15 th February 1971, the Guinea has no longer been used as legal tender. Nevertheless, the term is still used in certain circles such as horse racing to describe values equivalent to one pound and one shilling, or £1.05 in modern currency. As it is no longer classed as legal tender, the Guinea differs from other British bullion coins such as Britannias and Sovereigns in that it is not exempt from Capital Gains Tax.

Despite this, how much is a gold Guinea worth? A Guinea coin is still worth a considerable amount due to its gold content. A Guinea is a 22 carat gold coin that weighs 8.3g and, as is the case with other gold bullion coins, its value is calculated by multiplying its gold content by the current gold spot price.

At the time of writing, gold is worth approximately £860 per troy ounce, and a Guinea weighs 8.3 g (a quarter of a troy ounce). If a Guinea's intrinsic value is a quarter of an ounce of gold, then it is currently worth around £246.

View our range of gold Guinea coins for sale.

Are there smaller denomination Guineas?

There are also several smaller denominations of the Guinea that are also all 22 carat gold coins. Their values are therefore calculated in the same way as the full Guinea and all other bullion coins.