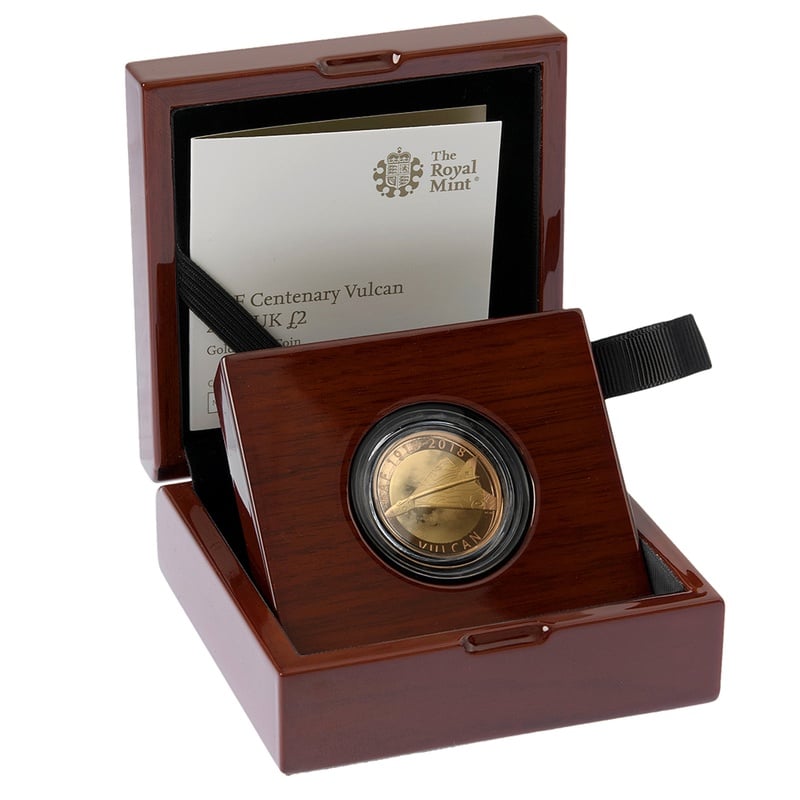 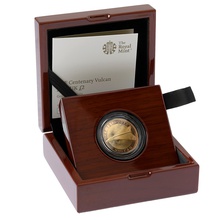 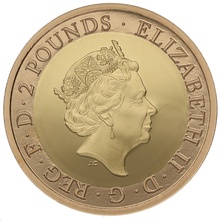 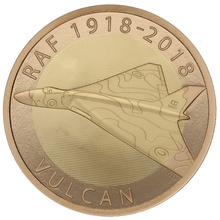 2018 marked the 100th anniversary of the formation of the RAF. The series celebrates iconic aircraft from the history of the RAF, with this coin featuring the Avro Vulcan bomber which was flown on operations from 1956 to 1984. Each coin in the series has a limited mintage of only 1,000 coins. 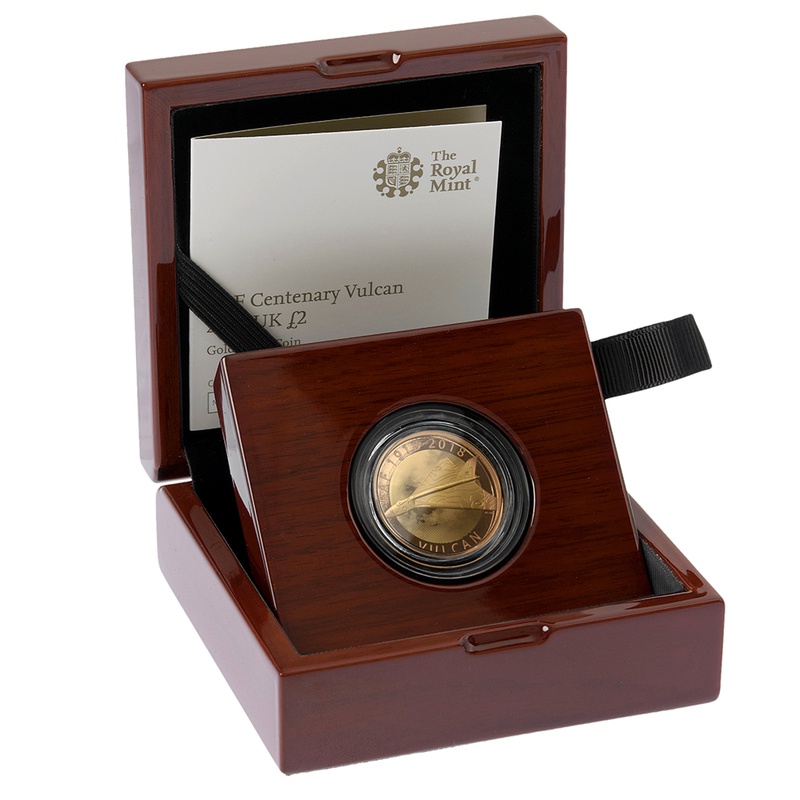