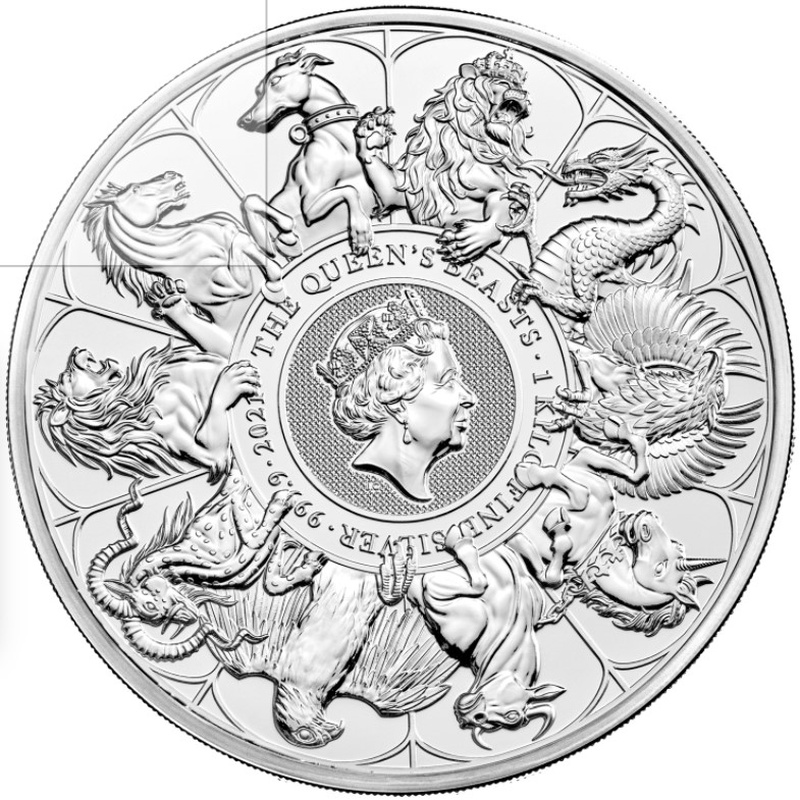 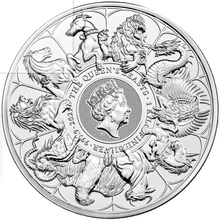 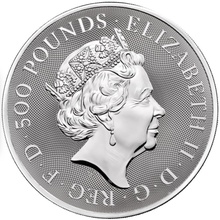 This beautiful 2021 1 kilo silver coin is the final release in the very popular Queen's Beast series from The Royal Mint. The Queen's Beast Completer coin acts as the capstone to the series, celebrating all 10 beasts in one stunning design by The Royal Mint's Jody Clark. This 1kg silver Completer coin is sure to be a unique and impressive addition to any investors collection, showing exquisite detail in the large design.

The coin is fine 999.9 silver and weighs one kilogram. It has a face value of £500 meaning, just like other British currency, this coin will be exempt of any Capital Gains Tax when you are ready to sell. 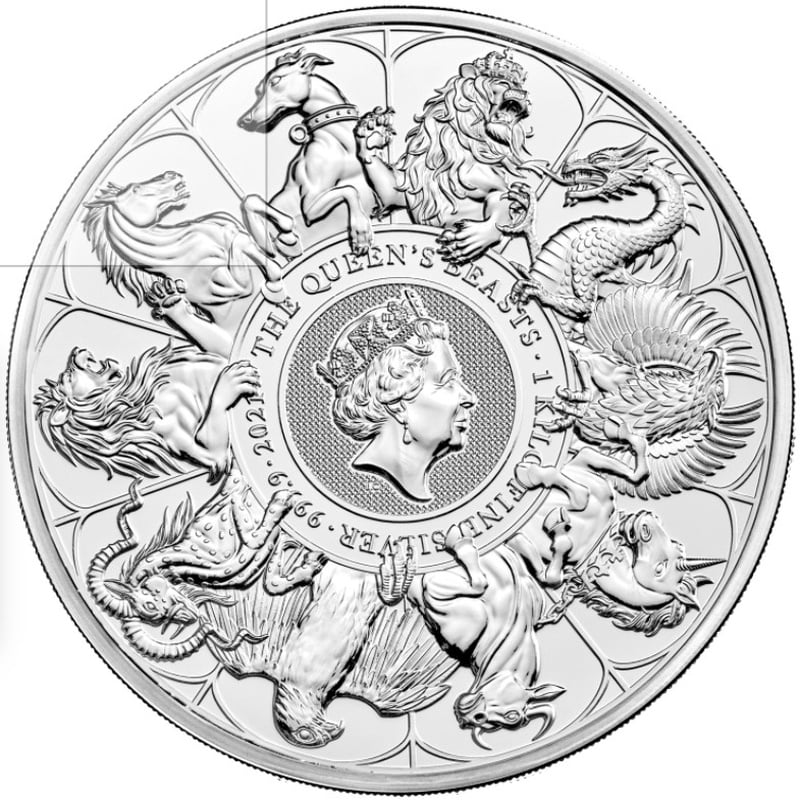