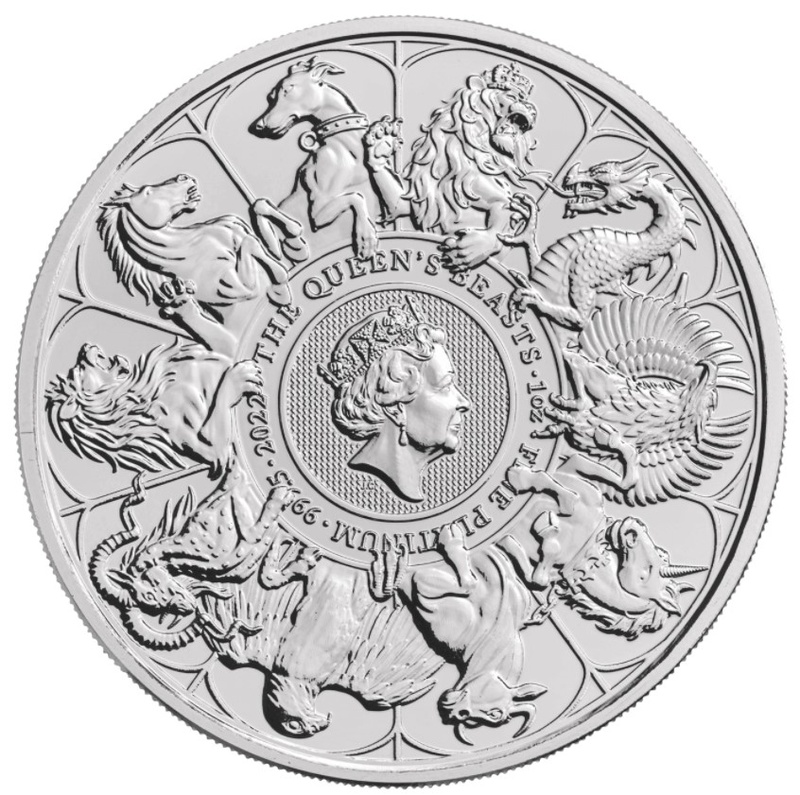 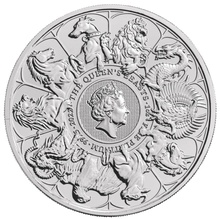 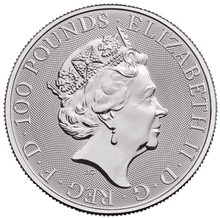 This beautiful 2022 one ounce platinum coin is the final release in the very popular Queen's Beast series from The Royal Mint. The 2022 1oz platinum Queen's Beast Completer coin acts as the capstone to the series, celebrating all 10 beasts in one stunning design by The Royal Mint's Jody Clark.

The coin is (or 999.5 purity) and contains one ounce of platinum. Like all coins in this series both the obverse and reverse are designed by The Royal Mint's Jody Clark.

This design proved to be one of the most popular released by The Royal Mint in many years, and the 2022 1oz platinum Completer coin is sure to be a hit with both investors and collectors alike. 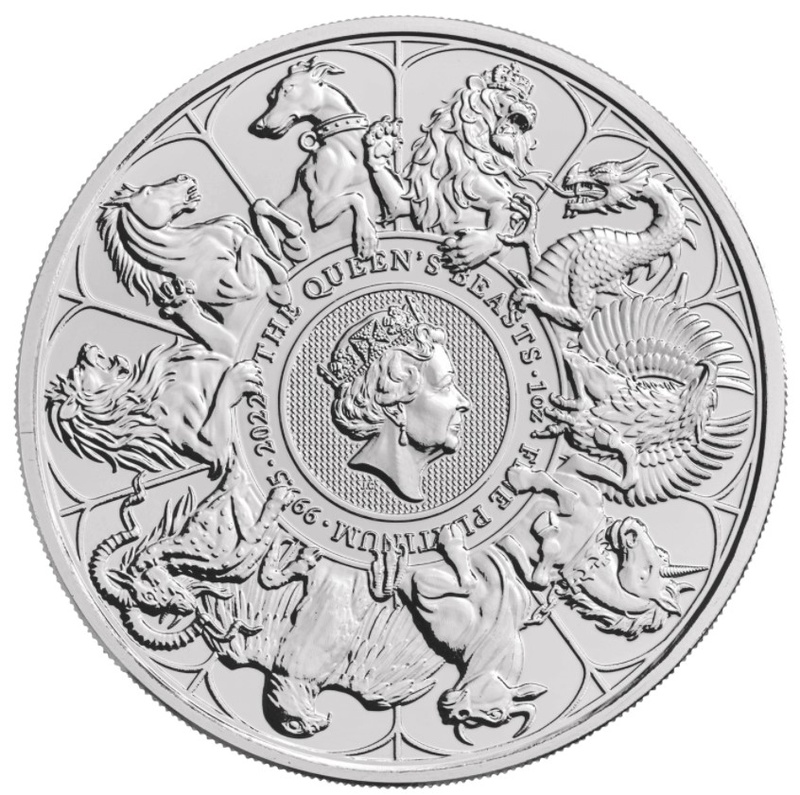