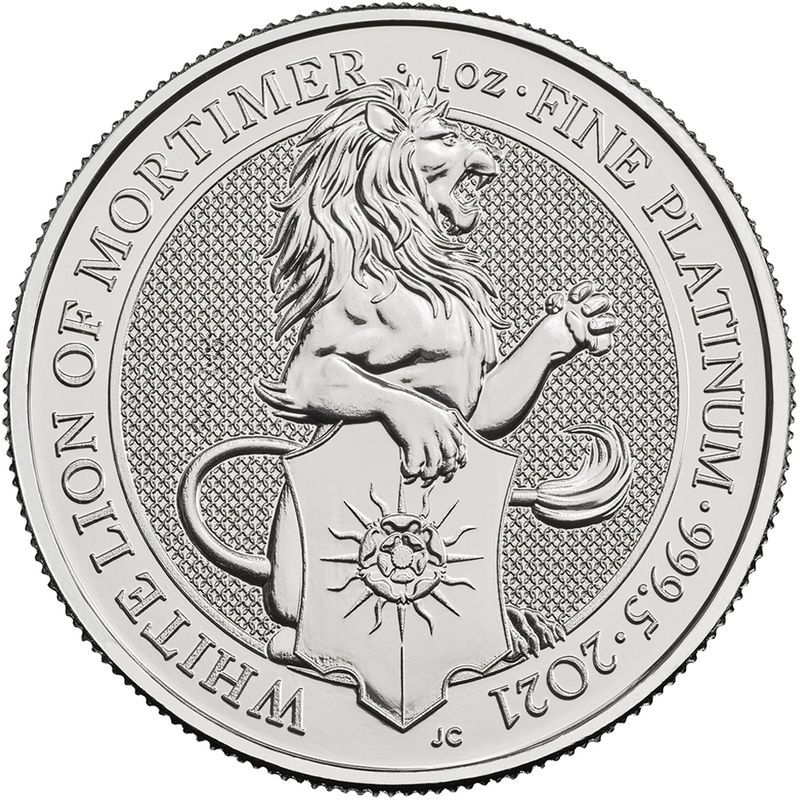 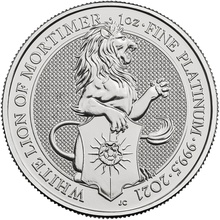 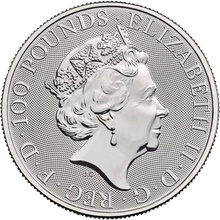 This beautiful 2021 1oz White Lion of Mortimer platinum coin is the eighth of a series of ten from the "Queen's Beasts" range of Royal Mint coins. These are based on ten statues which stood guard outside Westminster Abbey for the Queen's Coronation, sculpted by J.Woodford RA in 1953. The coin is 999.5 purity and contains one ounce of platinum, both the obverse and reverse are designed by the Royal Mint's Jody Clark.

The White Lion of Mortimer is another beast inherited by the Queen from Edward IV of the House of York and it was a favoured symbol of King George VI - Queen Elizabeth II's father - prior to his coronation. The Mortimer lion has no crown and has a blue tongue. This lion also sits, rather than rearing up, and holds a Yorkist shield bearing a ‘white rose en soleil’ (golden sun) on a half and half background. 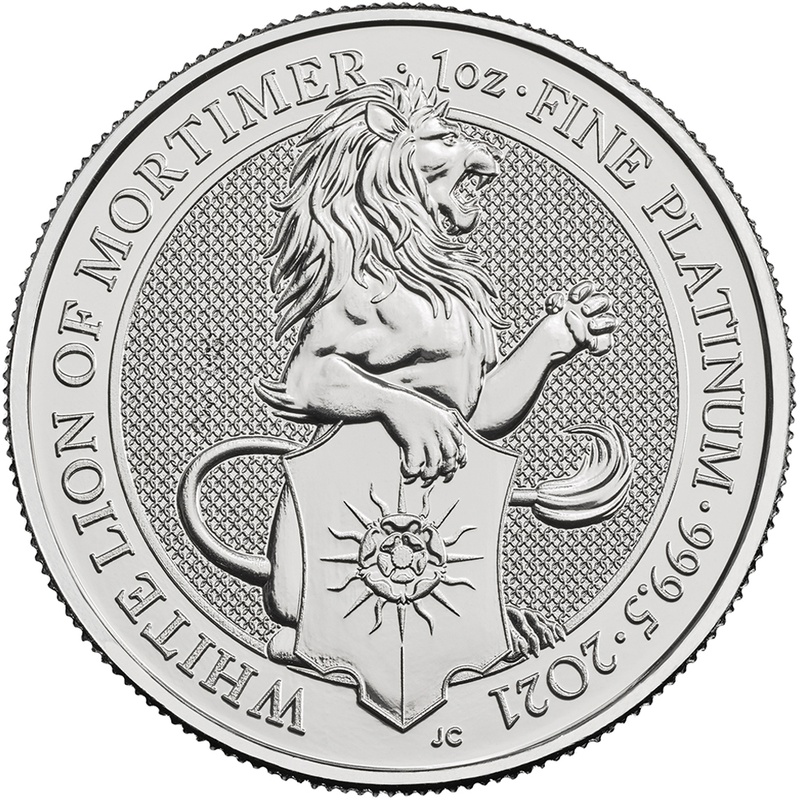