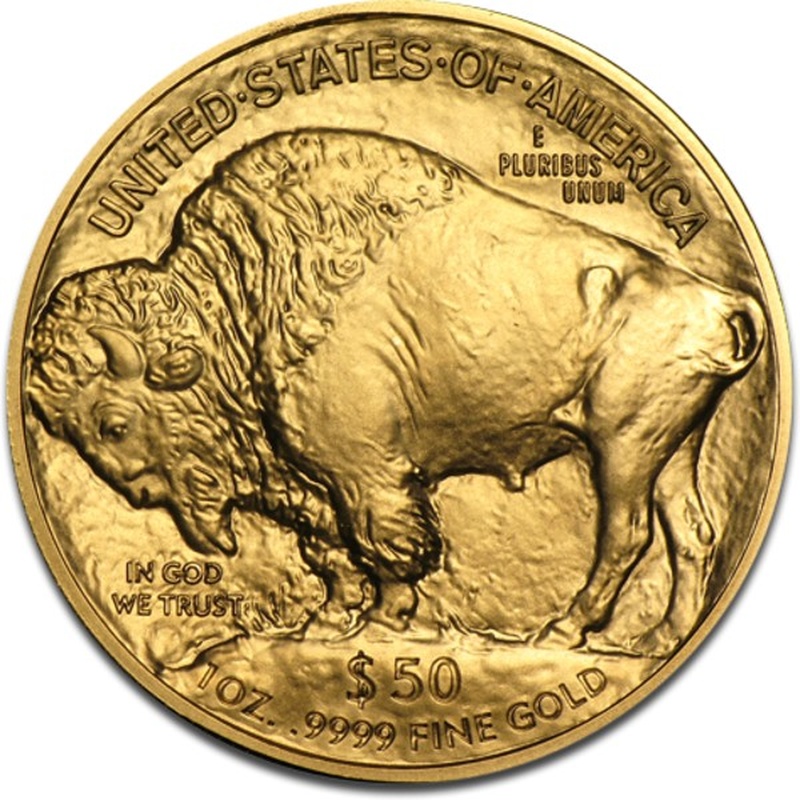 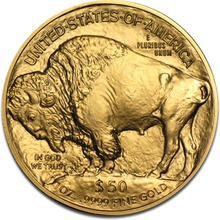 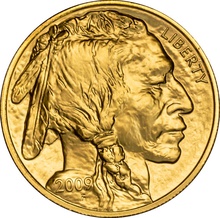 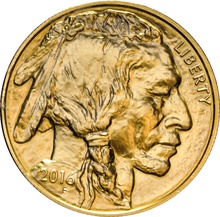 The American Buffalo coins were first produced on June 22, 2006, by the West Point Mint in New York, USA. It was the first time that the US government had minted a pure carat coin; a competitive response to the sale of foreign pure gold coins.

The coin is officially legal tender, with a face value of $50 – the same as the American Eagle coins. This is indicated on the reverse of the coin, where it also states the 1oz weight and it is .9999 fine gold.

The obverse (front) of the coin is detailed with the word Liberty, as well as an F mark to indicate it is a design by American sculptor James Earle Fraser.

The image on this side of the coin is the profile of a Native American. It first appeared on the Buffalo Nickel in 1913, and is roughly based on the American Indian chieftains Iron Tail (Sioux), Big Tree (Kiowa), and Two Moons (Cheyenne), all of whom sat to be drawn by Fraser at different points in time.

The reverse of the coin states United States of America across the top, with the latin motto E Pluribus Unum - “Out of many, one” – written just above the buffalo’s back. Below the buffalo is the phrase ‘In God We Trust’, which has appeared on US gold coins since 1908.

The image is of an American Buffalo, also adapted from the Buffalo Nickel. The image is often stated to be that of Black Diamond, a buffalo that was living in Central Park Zoo during the early 20th century. 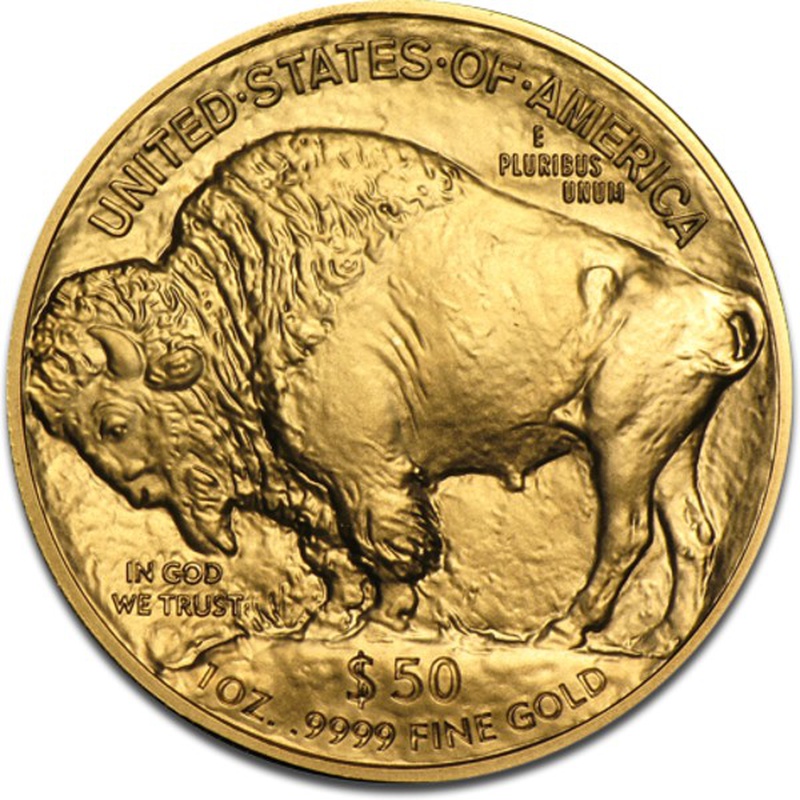