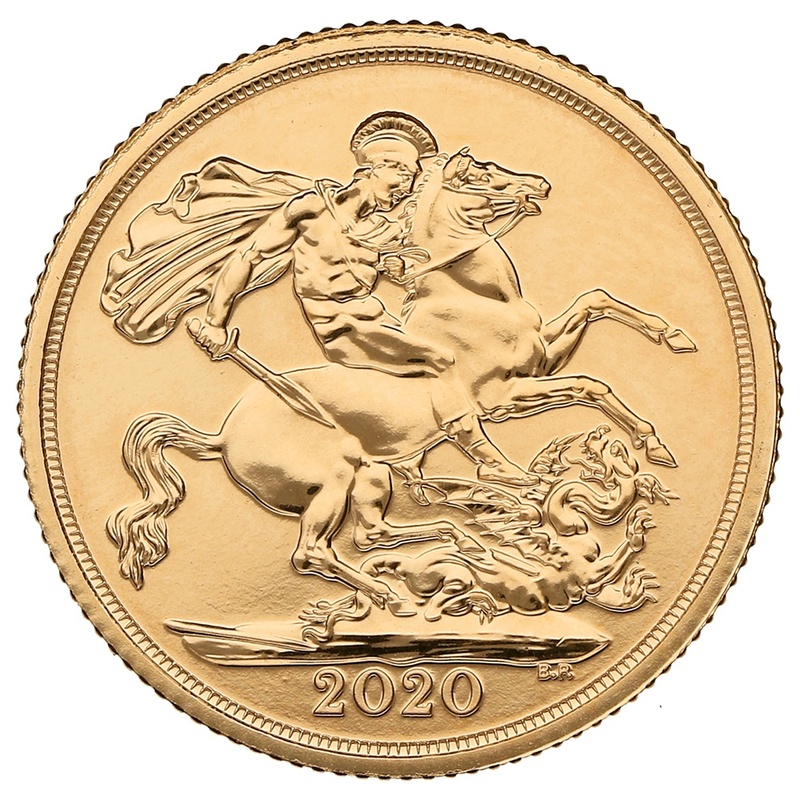 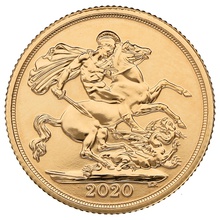 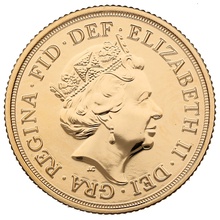 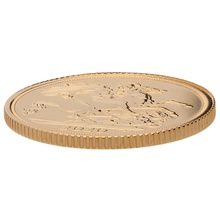 Gold bullion Sovereigns are one of the most investable and recognisable gold coins in the world - first minted over 200 years ago and used as British currency ever since. The 2020 Sovereign coin is 7.988 grams of 22-carat gold. Our supply of coins come direct from the Royal Mint.

In keeping with tradition, the reverse of the coin portrays St George on a horse slaying a dragon, as designed by Benedetto Pistrucci in 1816 ready for the Royal Mint's revival of Sovereigns in 1817. 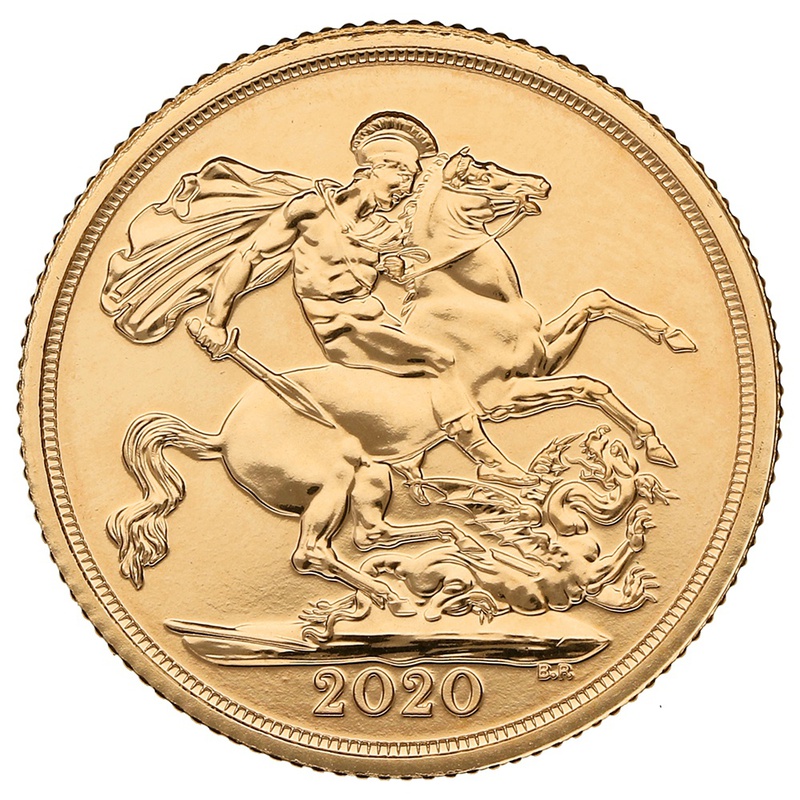