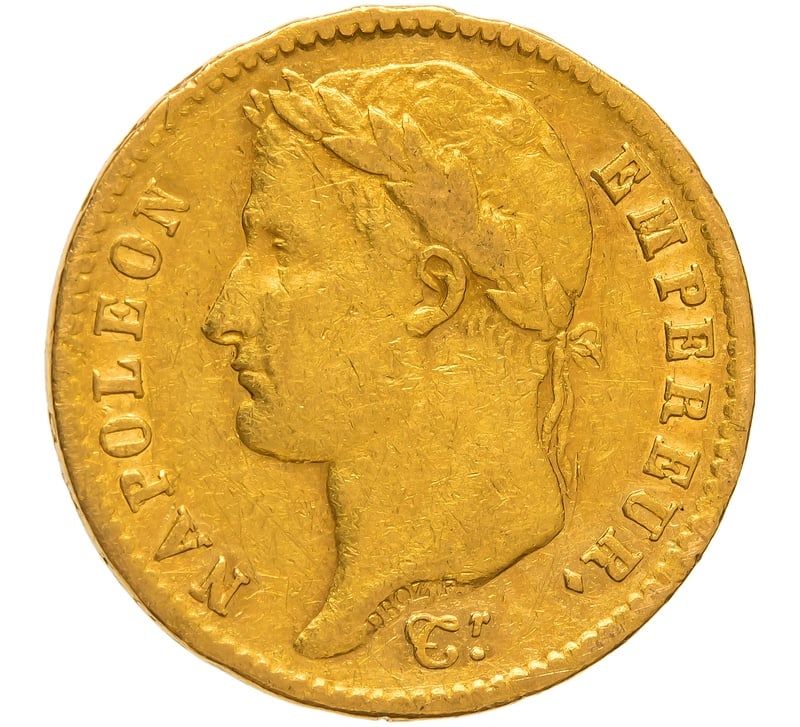 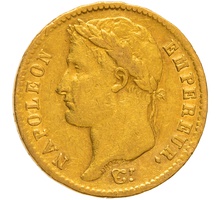 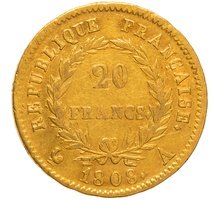 1808 20 French Francs gold coin. It features the Laureate head portrait of Napoleon (I) and the reverse has the value and year with a wreath. This was the second, and final, year that Napoleon Laureate Head French Francs featured the text "REPUBLIQUE FRANCAISE" on the reverse. From 1809-1814, the text read "EMPIRE FRANCAIS". The text on the obverse reads "NAPOLEON EMPEREUR". The "A" mint mark indicates that the coin was minted in Paris. 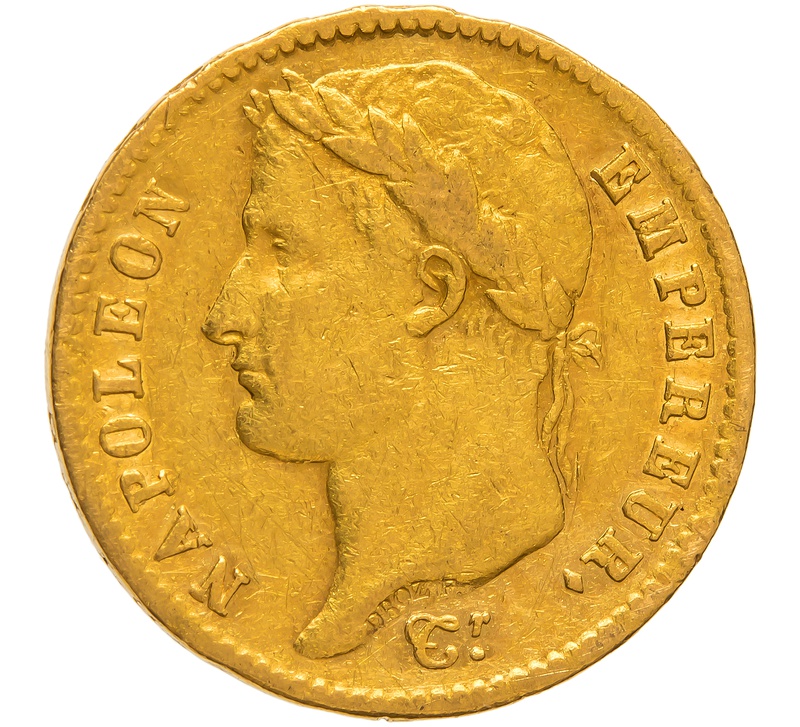