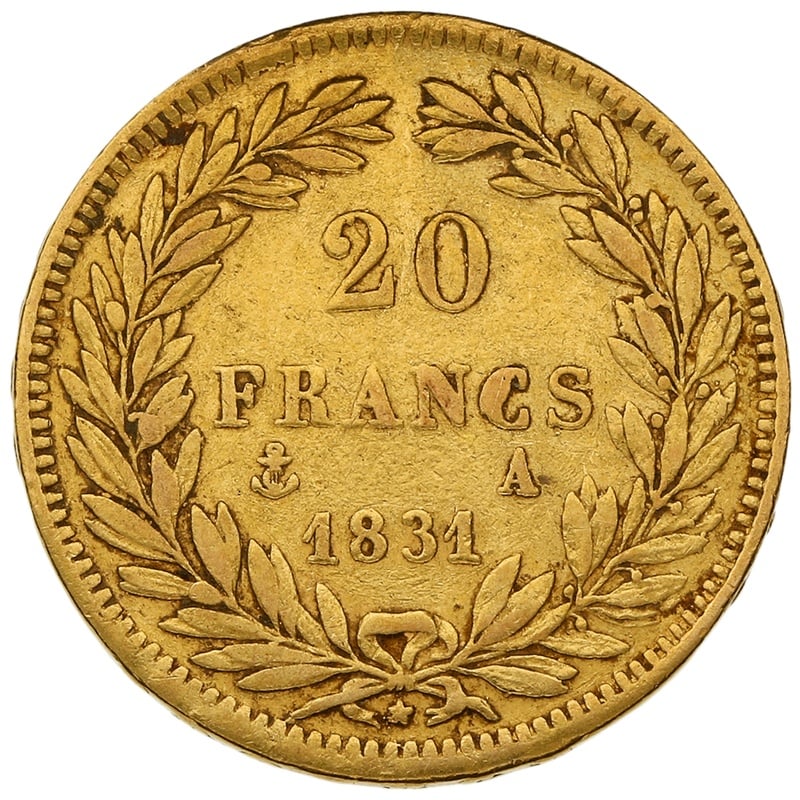 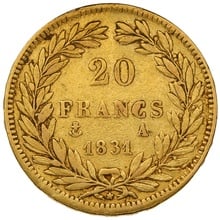 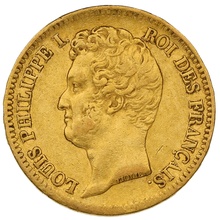 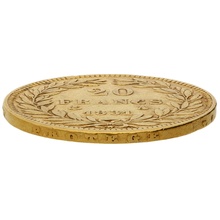 1831 20 French Francs gold coin. This version has the Bare Head portrait of Louis-Philippe on the obverse and the reverse has the value and year surrounded by a wreath. The text reads LOUIS PHILIPPE I and ROI DE FRANÇAIS. This was the last 20 French Franc coin to feature incuse lettering on the rim. All future 20 Francs had raised lettering. The A mint mark denotes it was minted in Paris. 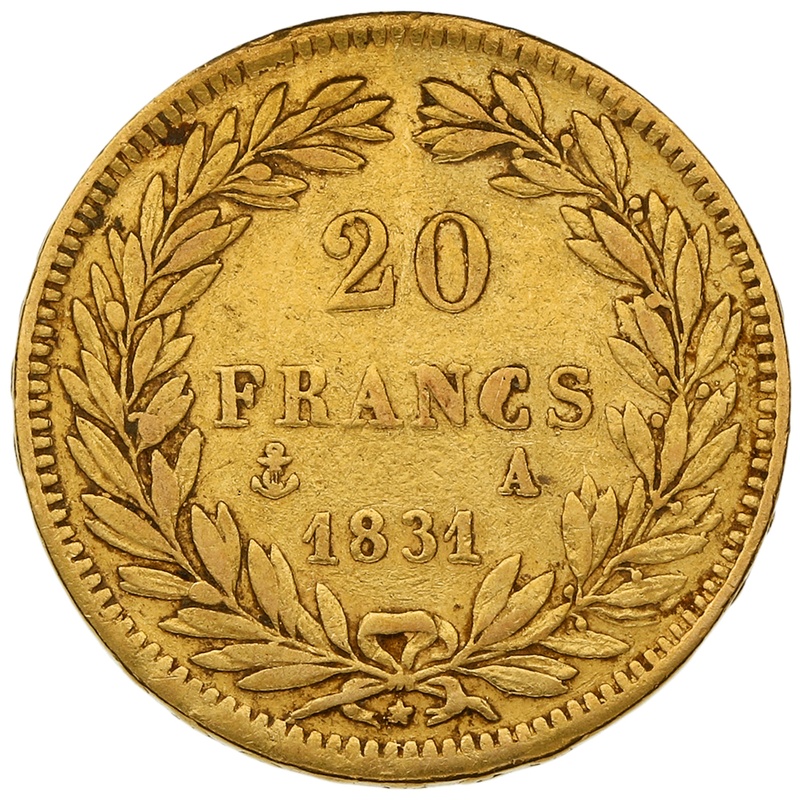