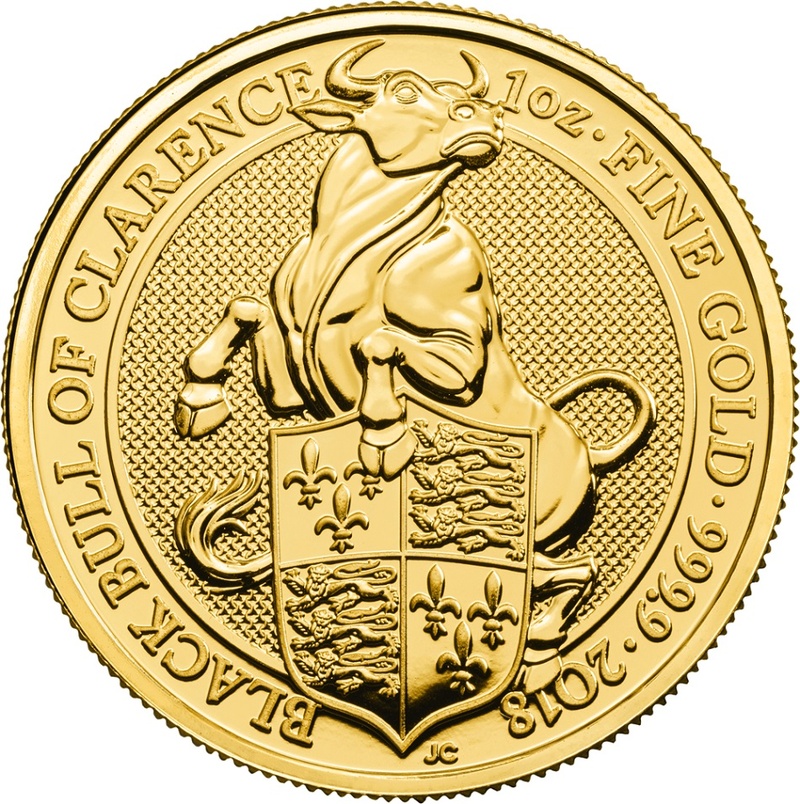 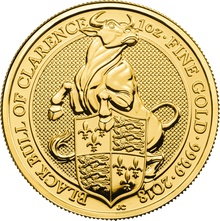 The fifth coin features the Black Bull of Clarence - the Bull is holding a shield which contains golden lions of England as well as golden lilies of France. The coin is fine Gold and weighs one ounce (31.1grams). 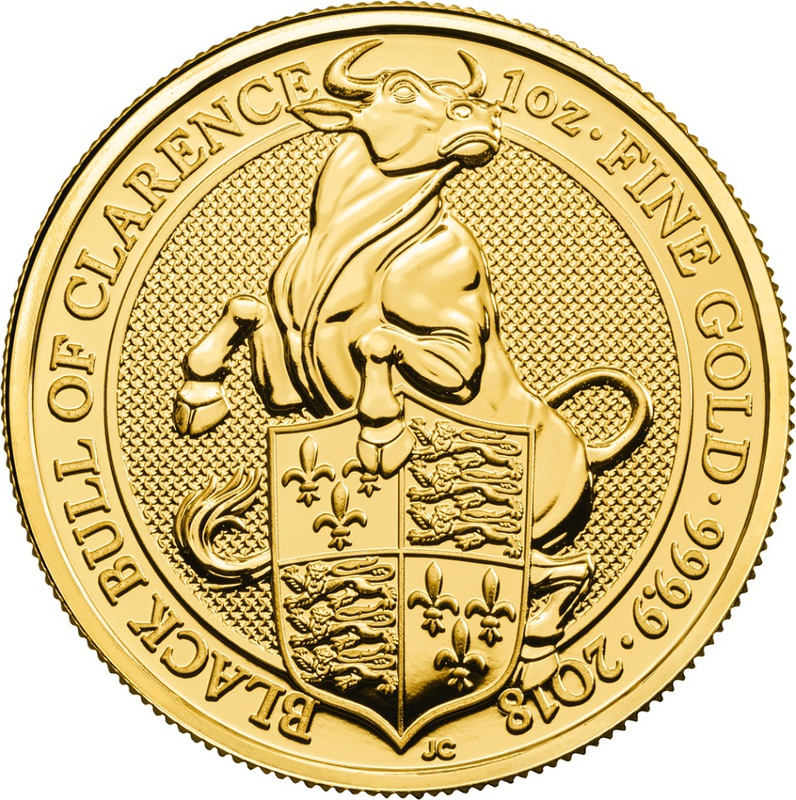