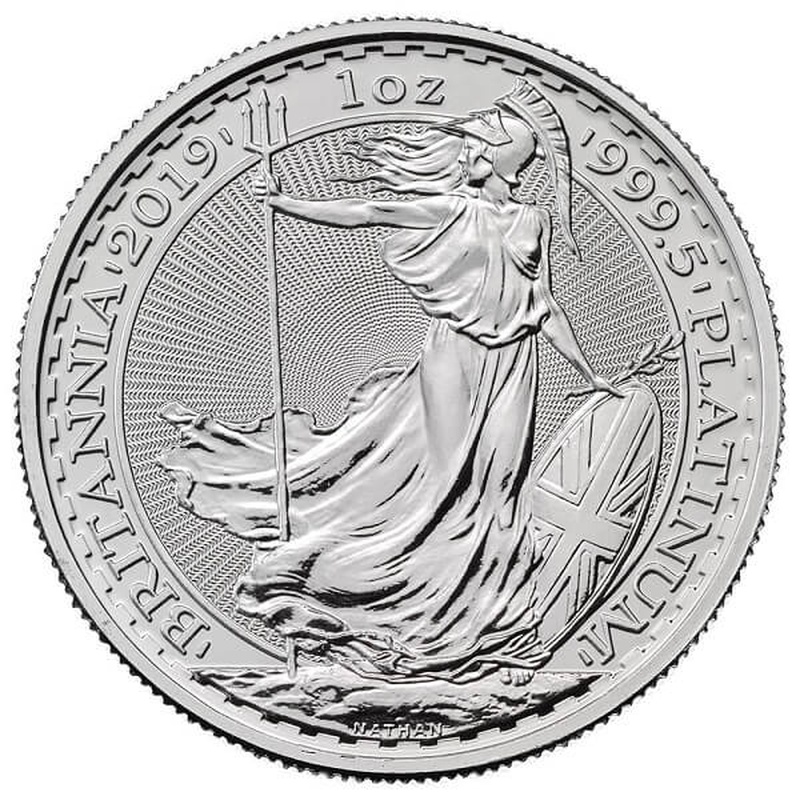 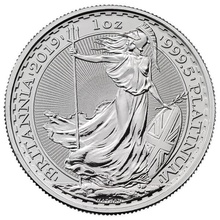 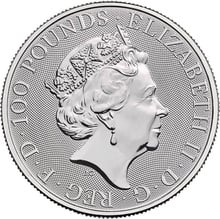 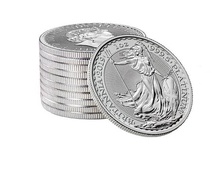 A 2019 One Ounce Platinum Britannia coin.

The 1oz Platinum Britannia is issued by the Royal Mint and is one ounce of pure 999.5 platinum. The coin is legal tender in the UK which makes it Capital Gains Tax exempt.

The 1oz coin carries the same design as the gold and silver variants, with Philip Nathan's interpretation of Britannia on the reverse side. The new Platinum coin also features the guilloche effect background, as first introduced on the new Oriental border Britannias.

On the obverse is the fifth and most recent portrait of Queen Elizabeth II, first introduced in 2015. It was designed by the Royal Mint's own engraver, Jody Clark, and you can see his initials just below the Queen's neck.

Like the third portrait, the newest design has the Queen wearing the King George IV State Diadem - the crown typically worn for the annual State Opening of Parliament, but unlike any of the Queen's other portraits this was the first designed without any manual sculpting - the work instead done on a computer. 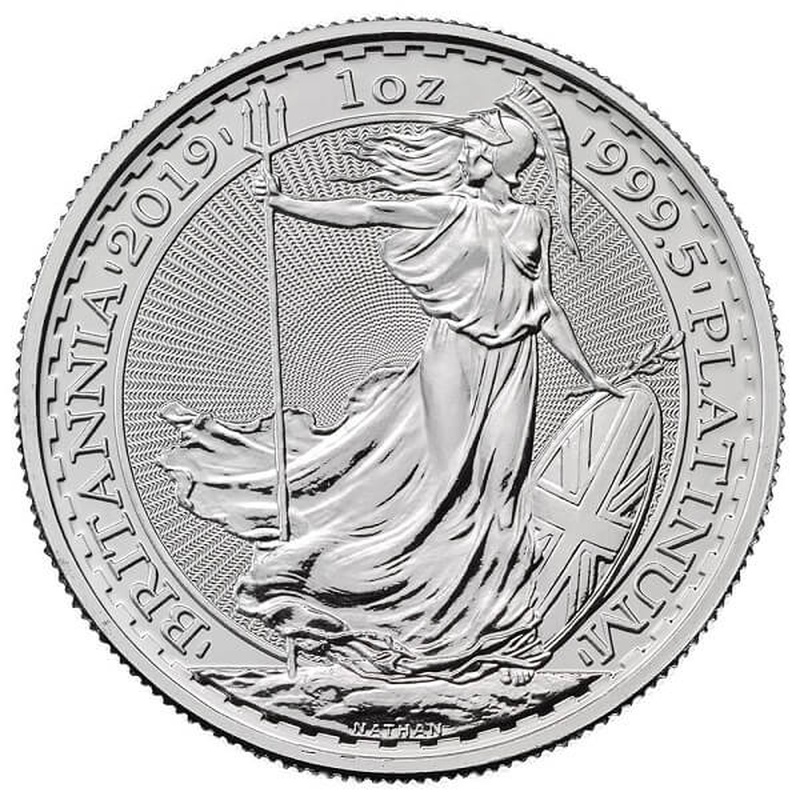