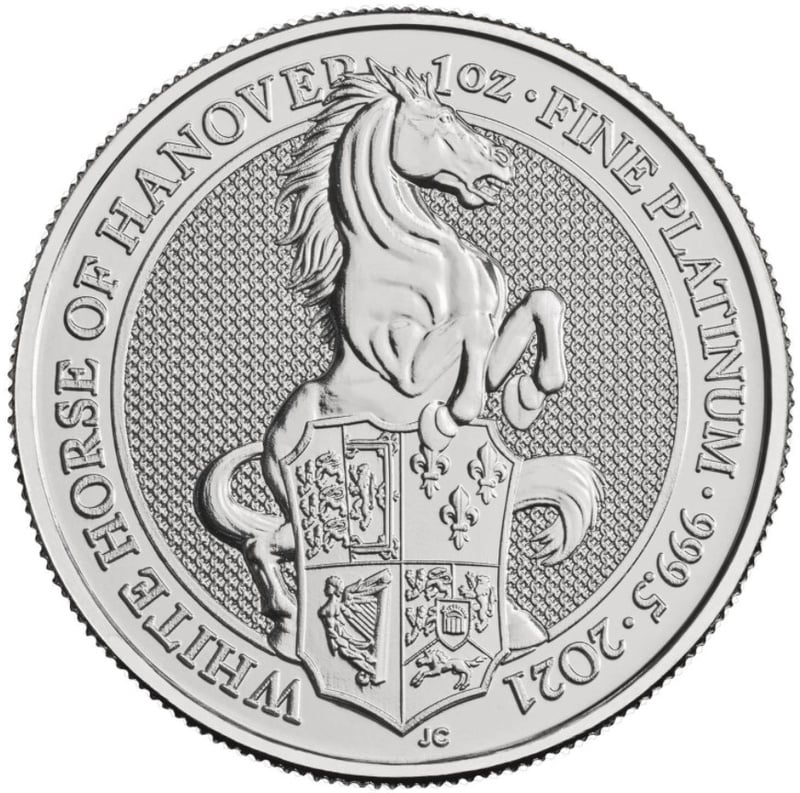 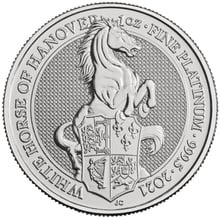 This beautiful 2021 1oz White Horse of Hanover platinum coin is the ninth and penultimate platinum coin produced in the series of ten from the "Queen's Beasts" range by The Royal Mint. These coins are based on the ten statues which stood guard outside Westminster Abbey for the Queen's Coronation, sculpted by J.Woodford RA in 1953. The coin is 999.5 pure and contains exactly one ounce of platinum.

The White Horse of Hanover came to the British Crown when the British Parliament, desperate to find a protestant monarch reached out to Queen Anne's second cousin, the Duke of Brunswick-Lüneburg, crowning him George I. This ended the rule of the house of Stuarts and replaced it with the House of Hanover that continues as rulers today, although now renamed the House of Windsor.

The White Horse is depicted rearing up over George I's Royal Coat of Arms. The emblem beneath is split into four, with a quarter referencing each of Britain (England & Scotland), France, Ireland, and Hanover.