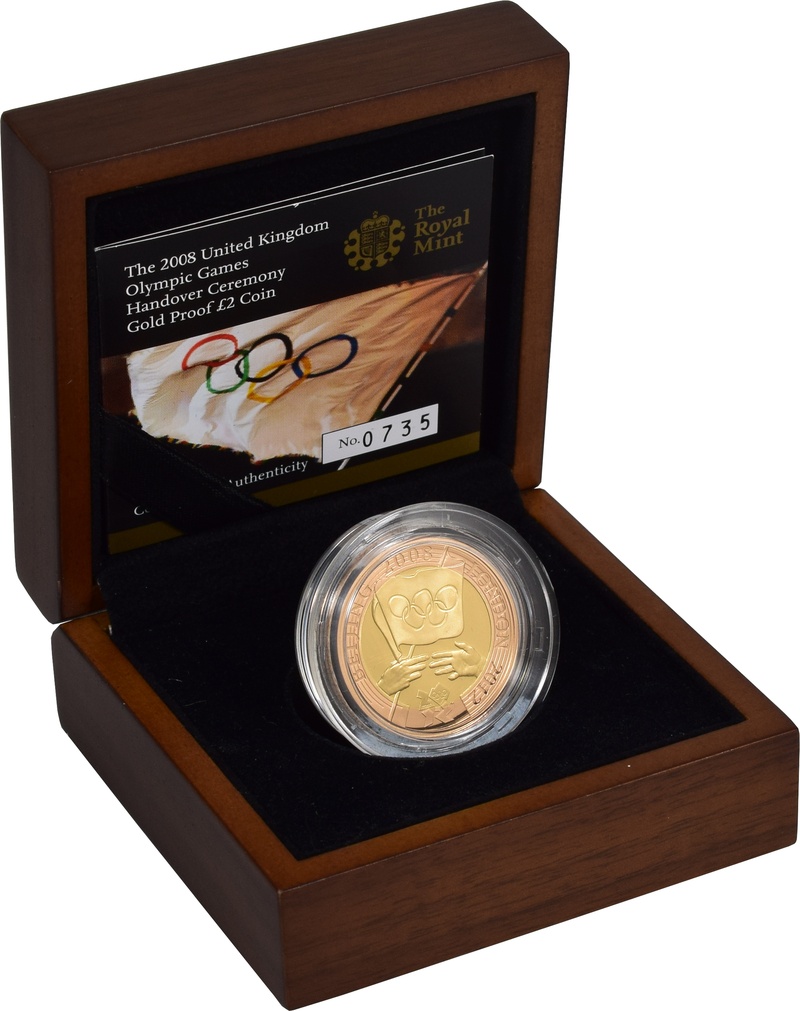 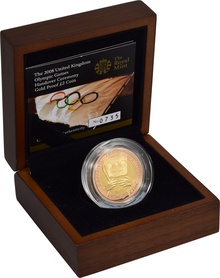 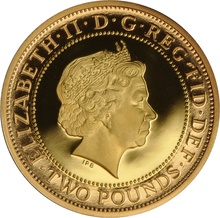 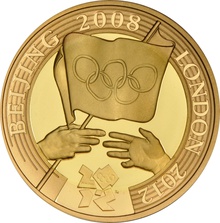 This coin was struck to celebrate the London Olympic Handover Ceremony in 2008. It features the Olympic flag being passed between hands and has the inscription BEIJING 2008 LONDON 2012. The Two Pound Gold Coin - sometimes referred to as the Double Sovereign - contains 14.63 grams of gold (twice the weight of a Sovereign). 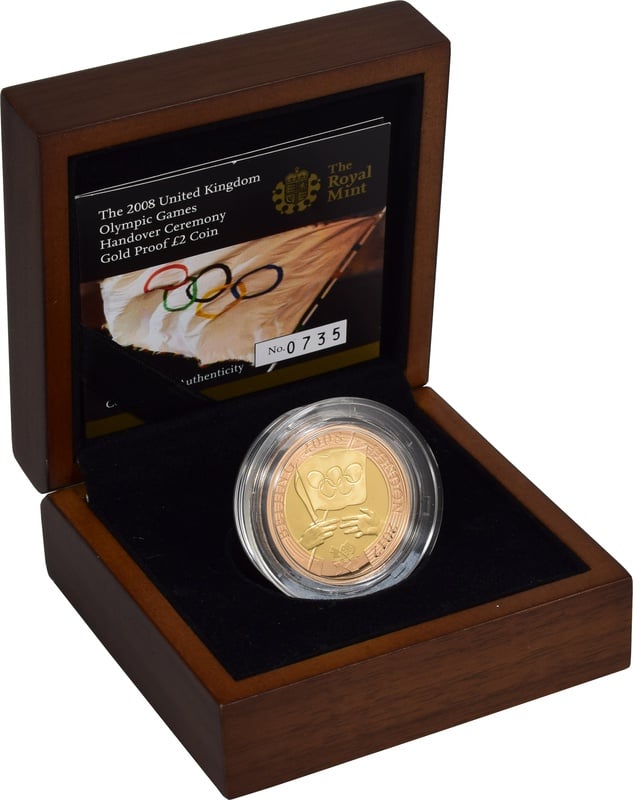