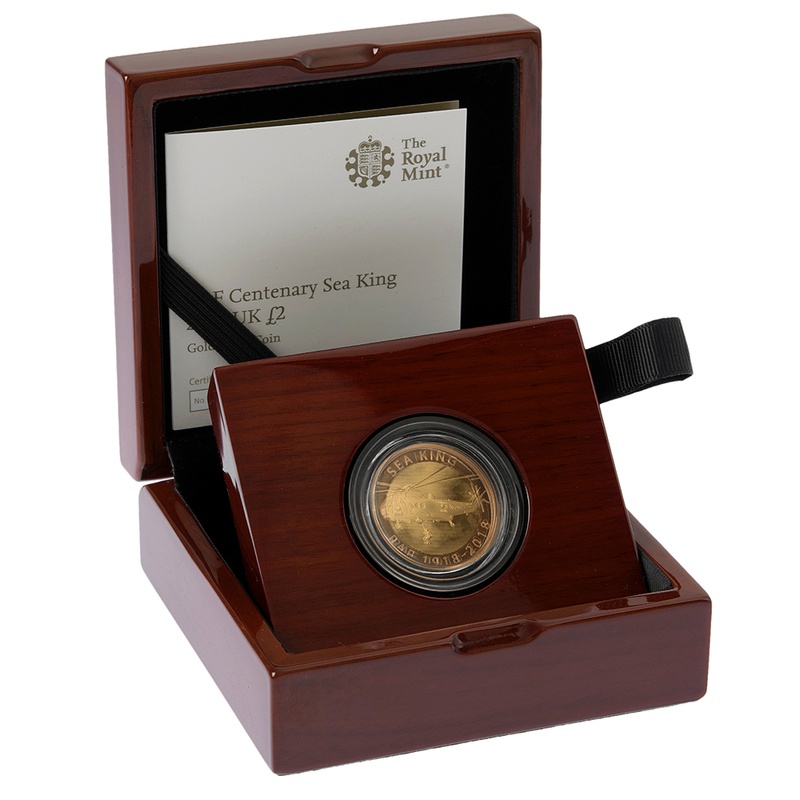 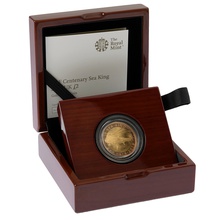 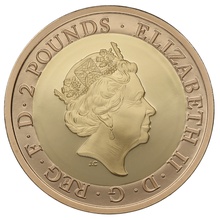 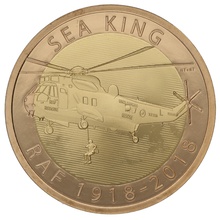 2018 marked the 100th anniversary of the formation of the RAF. The series celebrates iconic aircraft from the history of the RAF, with this coin featuring the Sea King Helicopter which was used by the RAF a search and rescue helicopter during peace-time and for anti-submarine warfare in wartime. Each coin in the series has a limited mintage of only 1,000 coins. 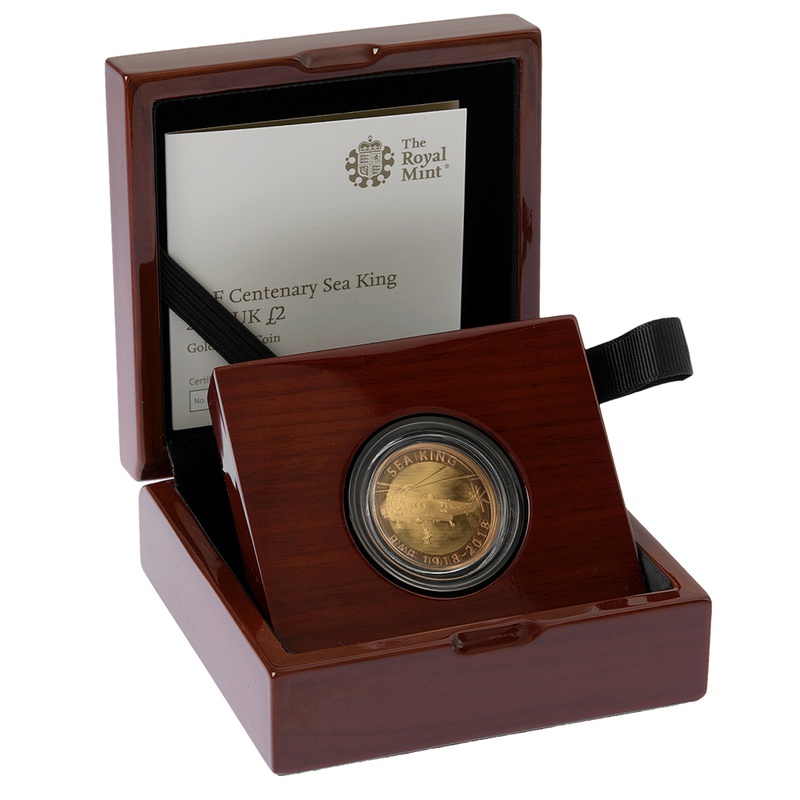