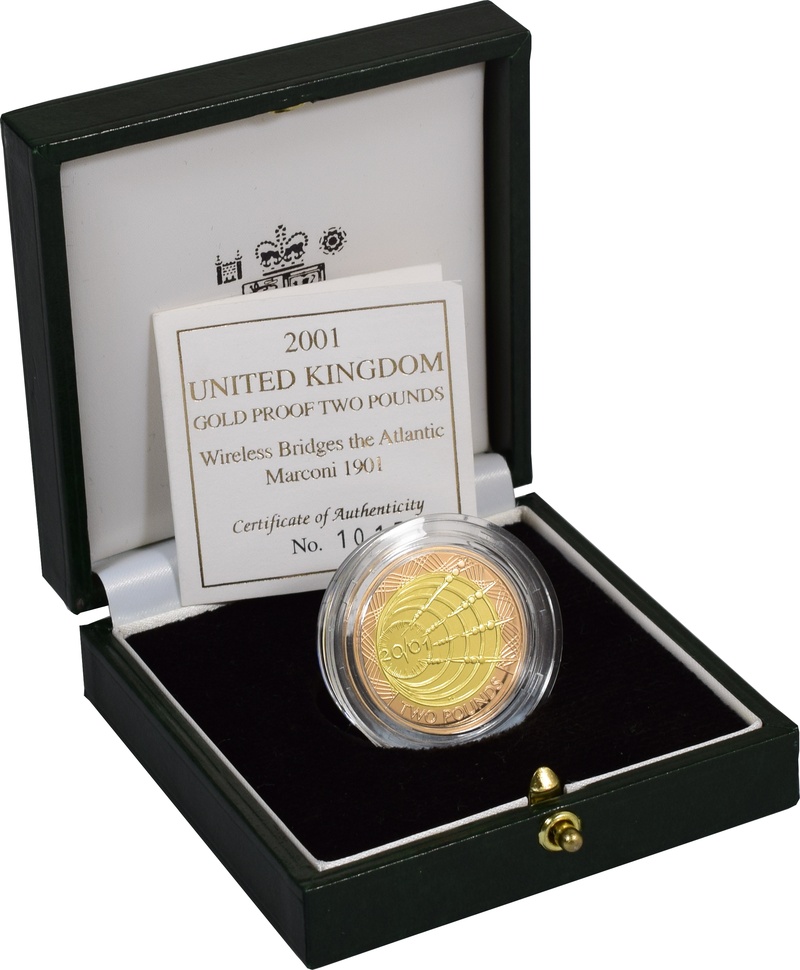 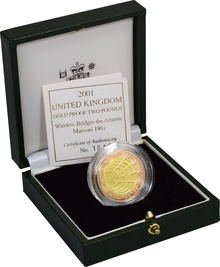 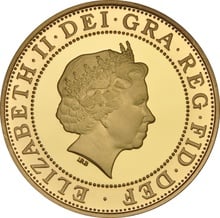 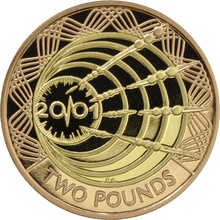 The Two Pound Gold Coin - sometimes referred to as the Double Sovereign - contains 14.63 grams of gold.

The 2001 Two Pound Coin celebrates the 100th anniversary of the first wireless transmission across the Atlantic Ocean, which is largely an achievement of Guglielmo Marconi. The first signal sent was Morse-code for the letter 'S'; this is written as three dots and appears as a recurring motif on the coin. 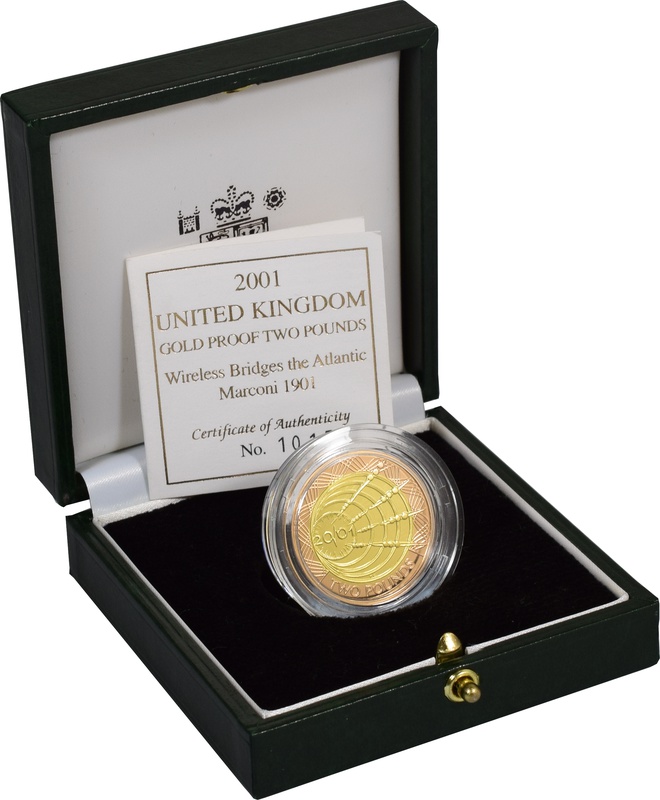