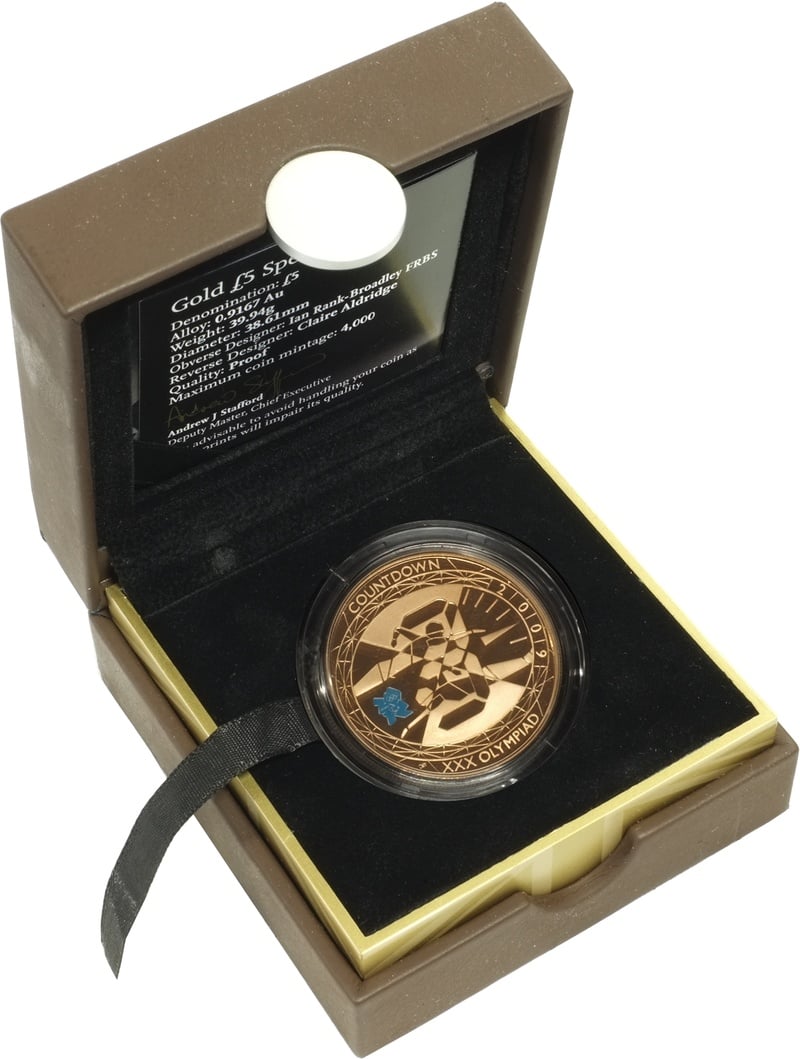 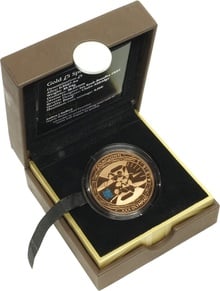 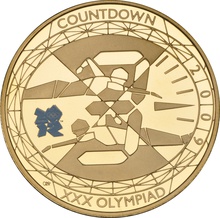 This Gold Proof £5 coin (aka Quintuple Sovereign, or Crown) was issued in 2009 to celebrate the countdown to London 2012. It was the first of four Countdown coins issued annually by the Royal Mint up until 2012, and 4,000 such proof coins were produced.

The 2009 countdown gold coin was designed by Claire Aldridge BA. It depicts a swimming race, with an overlayed number three to mark how many years until the London Olympics. The reverse is Ian Rank-Broadley's portrait of Elizabeth II.

This Gold Proof 2009 Five Pound coin is beautifully presented in a good-quality presentation case, and comes complete with a certificate of authenticity. 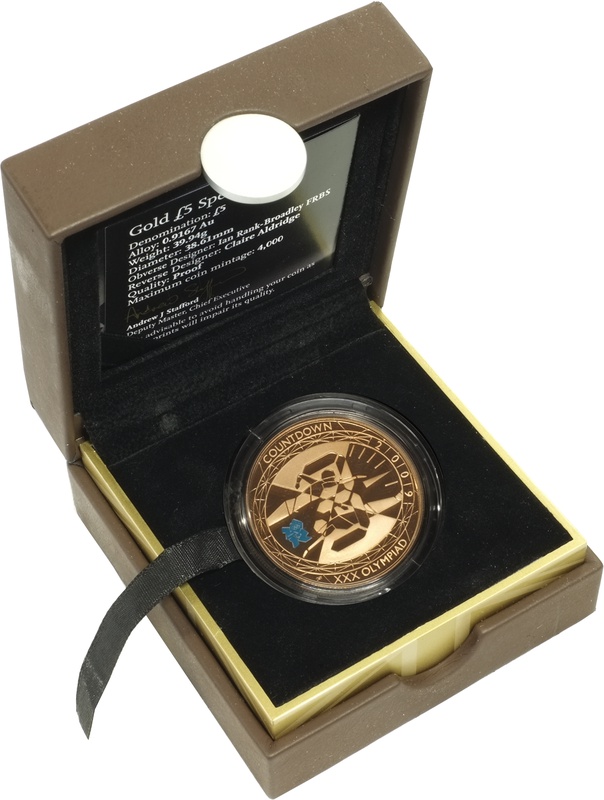