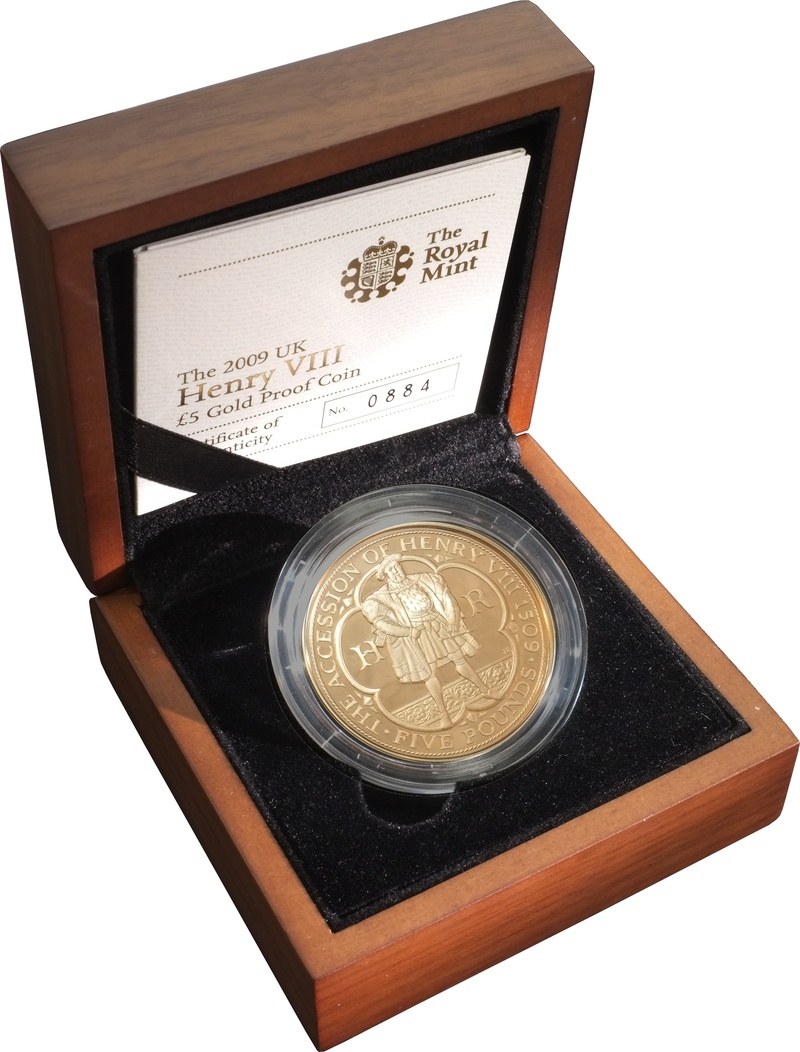 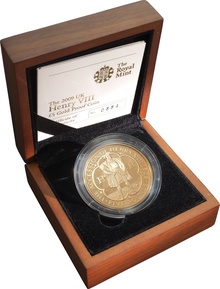 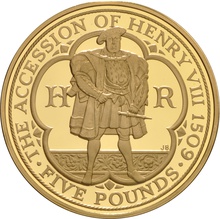 This Gold Proof £5 coin (aka Quintuple Sovereign, or Crown) was issued to commemorate the 500th Anniversary of the accession of King Henry VIII.

This Gold Proof 2009 Five Pound coin is beautifully presented in a good-quality presentation case, and comes complete with a certificate of authenticity.

As with all coins in 2009, the fourth portrait of Elizabeth II is used on the front - produced by Ian Rank-Broadley. On the back is a portrait of King Henry, backed by the outline of a Tudor rose.

Henry VIII was the most famous Tudor monarch to rule in Britain thanks to the combination of his captivating and raucous personality, but also his stubborn behaviour towards marriage and the Catholic Church. Henry married six times, divorcing two wives and killing another two in the process, and his behaviour led to a split from the Vatican and Henry founding the Church of England as an alternative. 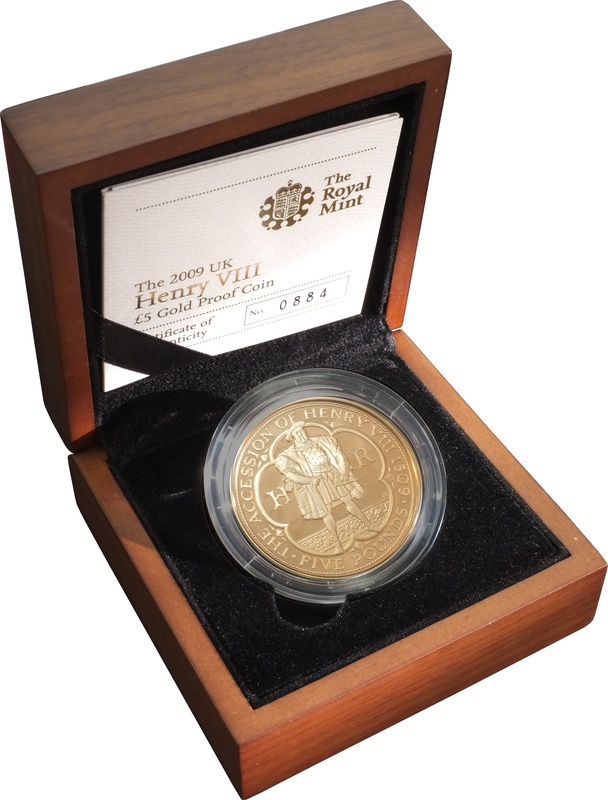