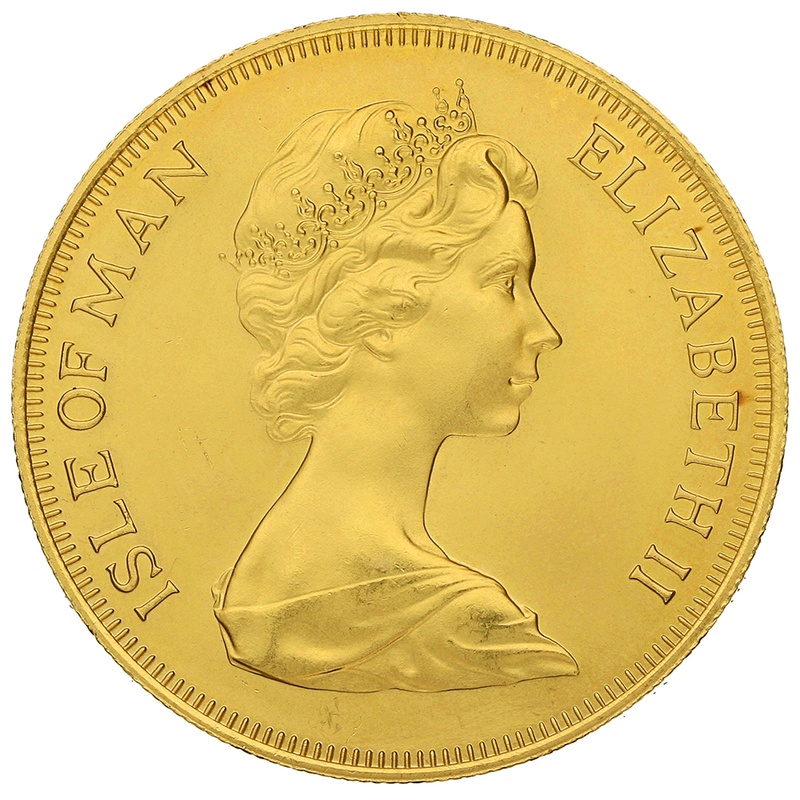 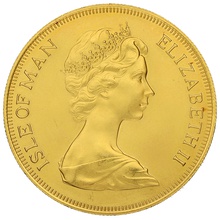 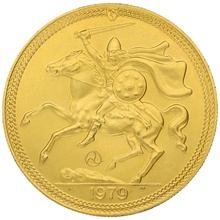 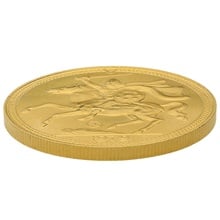 This 1979 gold £5 coin (aka Quintuple Sovereign, or Crown) was issued as an Isle of Man bullion coin by the Pobjoy Mint. It is the same weight as five Sovereigns and contains 36.6g of fine gold.

The reverse of the coin features a Norse warrior, based on St George, and referring to the Norse rule of the Isle of Man and other celtic regions historically. The Isle of Man crest appears at the top.

On the obverse side is the decimal portrait of Queen Elizabeth II. The portrait was designed by sculptor and coin specialist Arnold Machin, who also designed the decimal portrait of the Queen for the Royal Mint. The two portraits are subtly different in their proportions but both feature the Girls of Great Britain and Ireland tiara - a wedding gift from her grandmother. 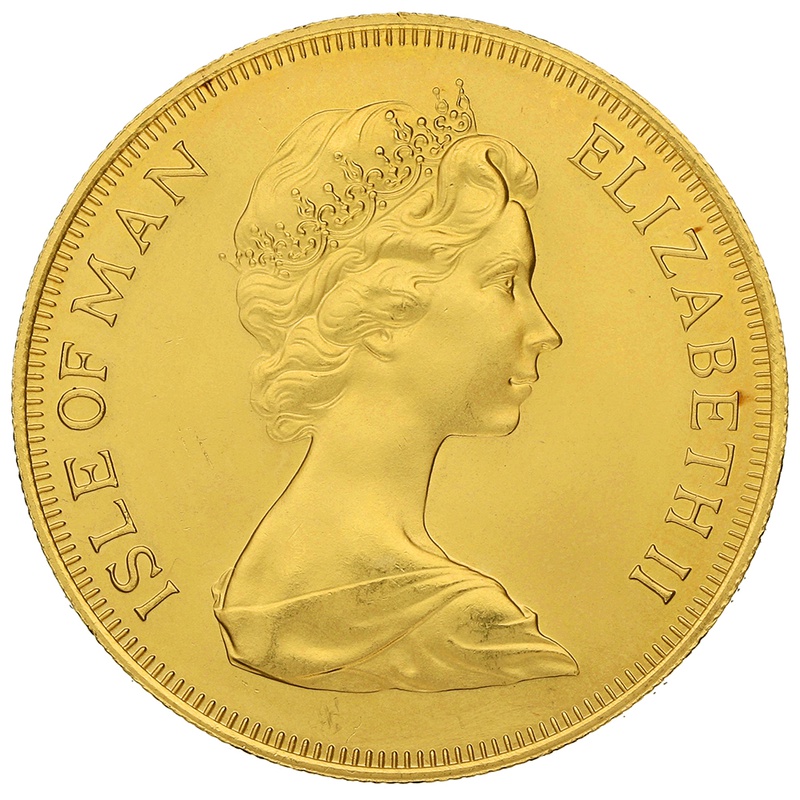