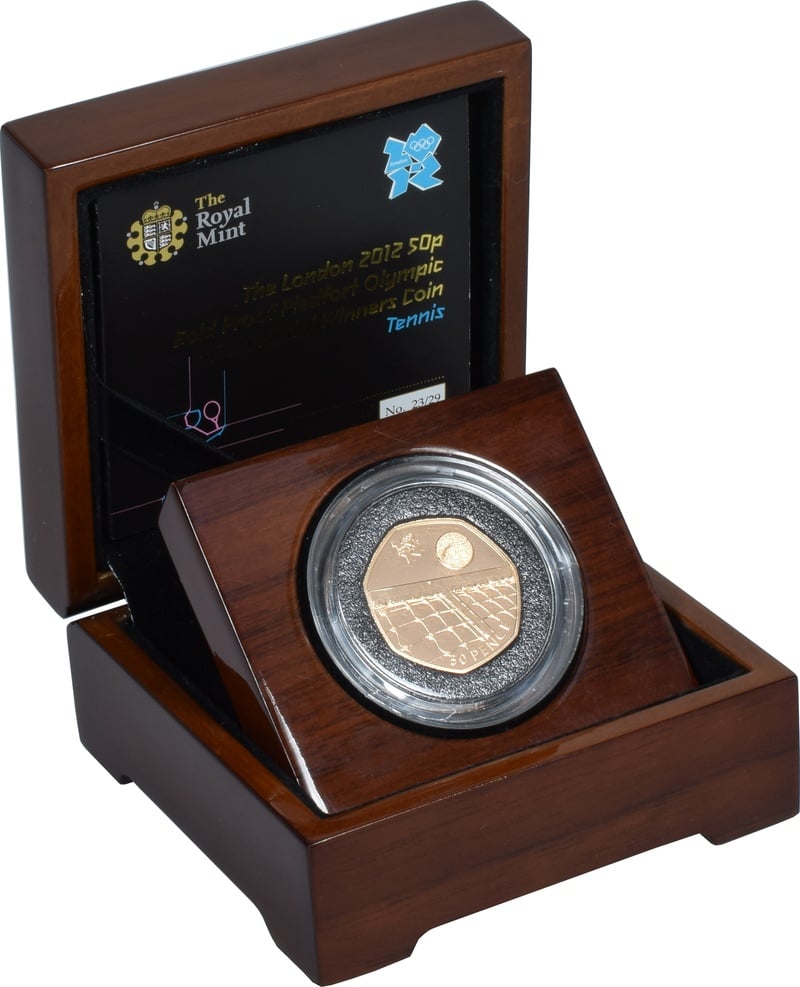 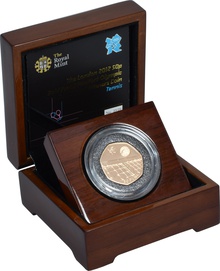 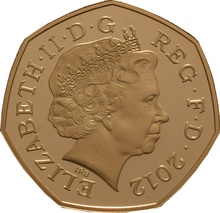 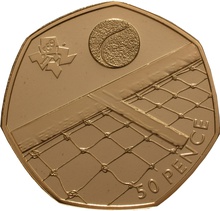 Limited to only 29 coins, this Gold Proof Piedfort (double thickness) 50p coin was released in 2012 to celebrate the London Olympic Tennis winners. The men's singles event was of course won by Andy Murray who went on to an historic win at Wimbledon 2013. The coin features the tennis net and ball with London 2012 symbol by Tracy Bains and the portrait of Queen Elizabeth II by Ian Rank-Broadley. Presented in a fantastic wooden box with certificate (no.23 of 29). 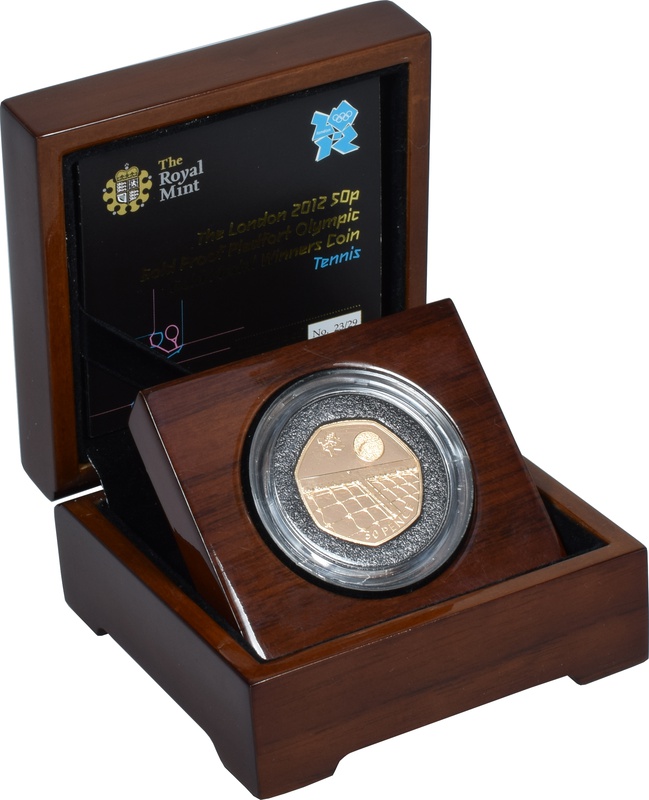