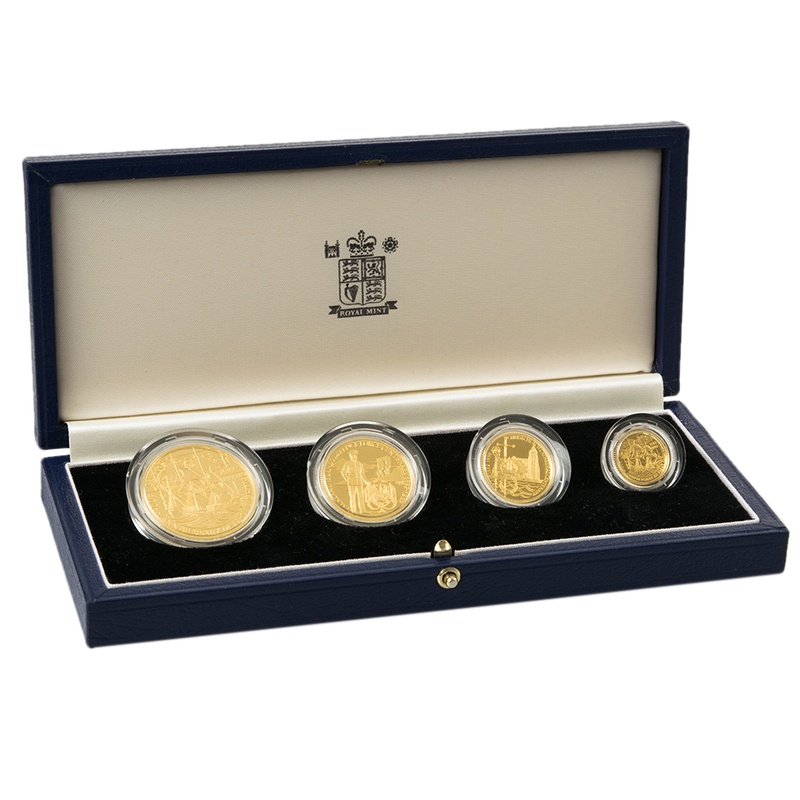 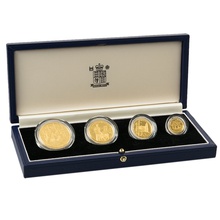 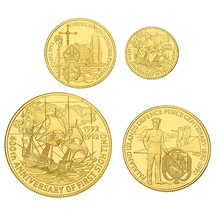 The 1oz and 1/10th oz coins commemorate the 400th anniversary of the first reported sighting of the Islands. They show Captain John Davis' ship Desire.

The 1/2 oz coin commemorates the 100th anniversary of the founding of the Falkland Islands Defence Force. It shows a guard in ceremonial uniform, holding the badge of the force. In the background, a coastal patrol can be seen pointing towards the sea.

The 1/4 oz coin celebrates the 100th anniversary of the consecration of Christchurch Cathedral. It shows a cross, a bishop's mitre, and a staff, all in front of the cathedral. 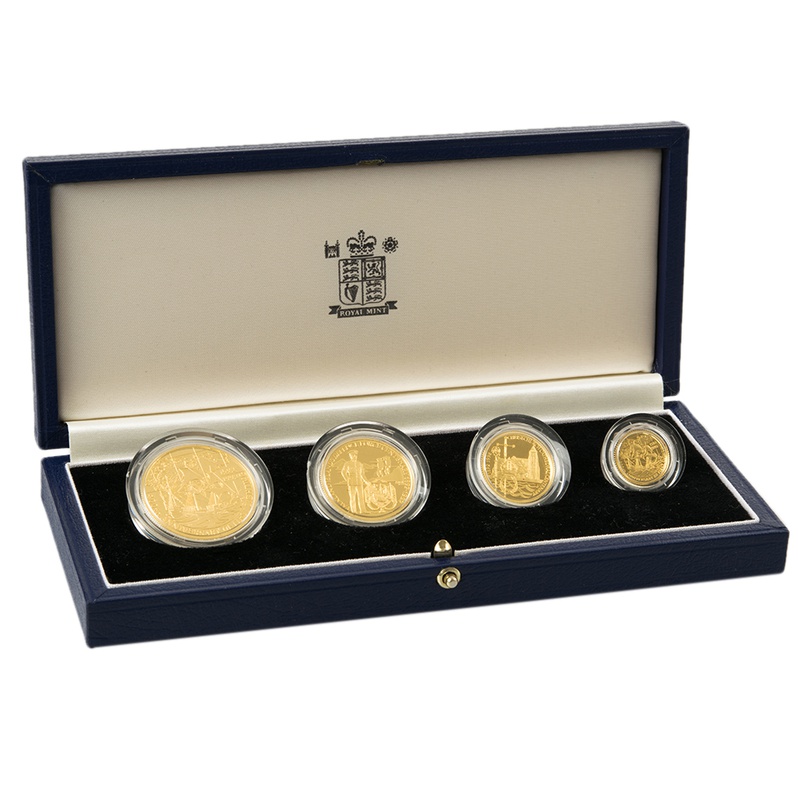