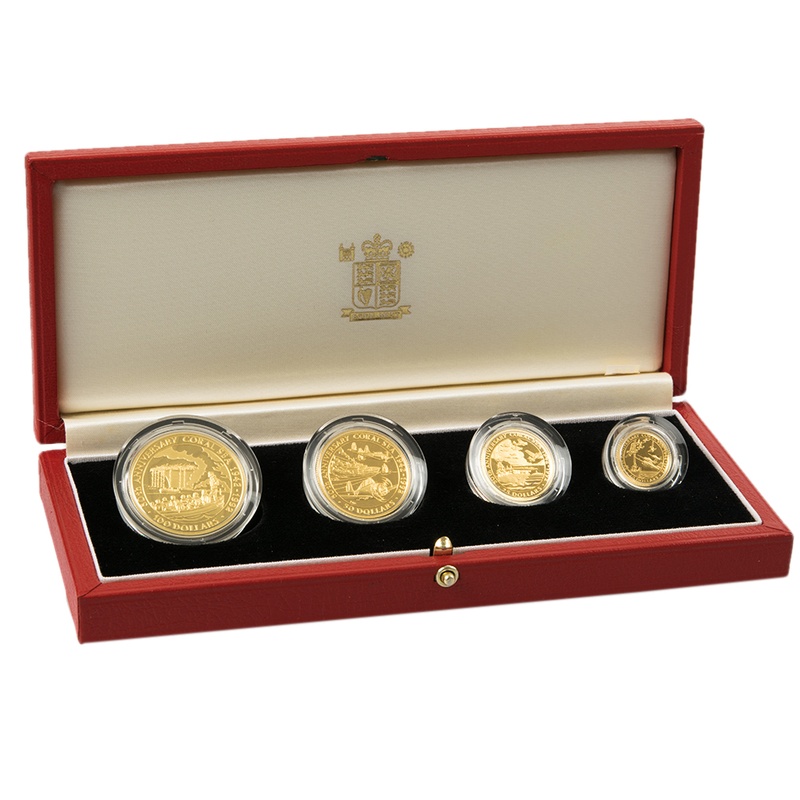 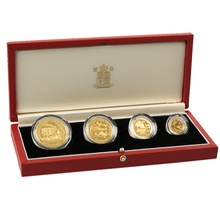 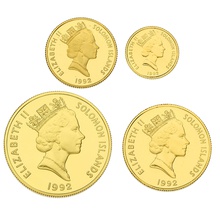 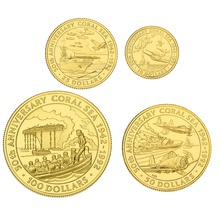 A four coin proof set issued by the Royal Mint for the Solomon Islands to commemorate the 50th anniversary of the Battle of the Coral Sea. It features 1oz, 1/2oz, 1/4oz, 1/10oz coins. Limited to 500 sets. Boxed with certificate.

The 1oz coin shows the USS Lexington, an American aircraft carrier, in flames. Crew members who have managed to escape can be seen in lifeboats.

The 1/2 oz coin shows the Shoho, a Japanese light aircraft carrier, in flames. Two Devastator torpedo bombers can also be seen flying away.

The 1/4 oz coin shows the USS Yorktown, an American aircraft carrier, and a formation of Wildcat fighters from the Lexington flying above it. 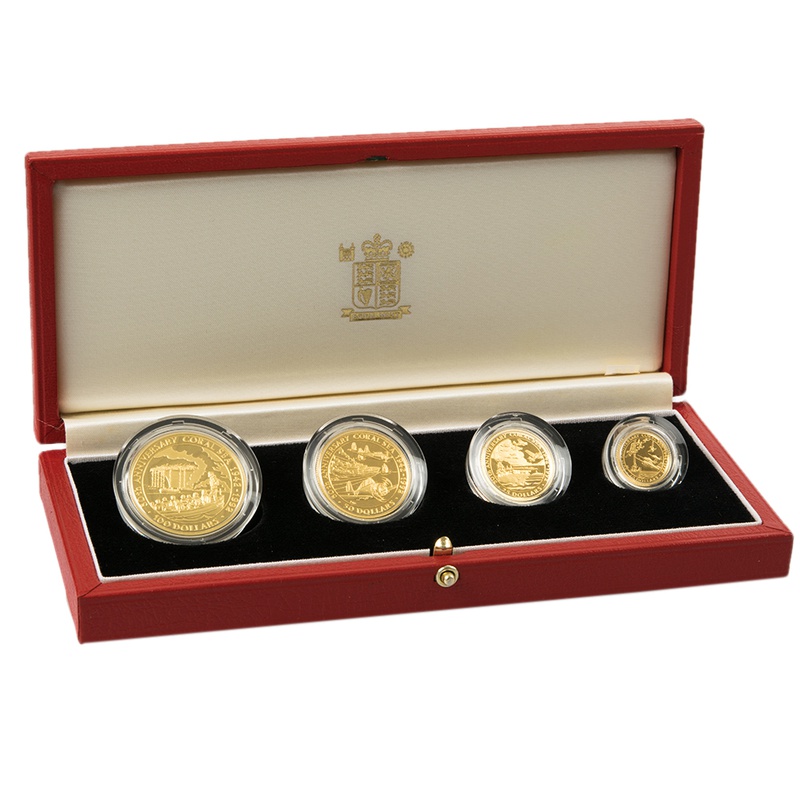