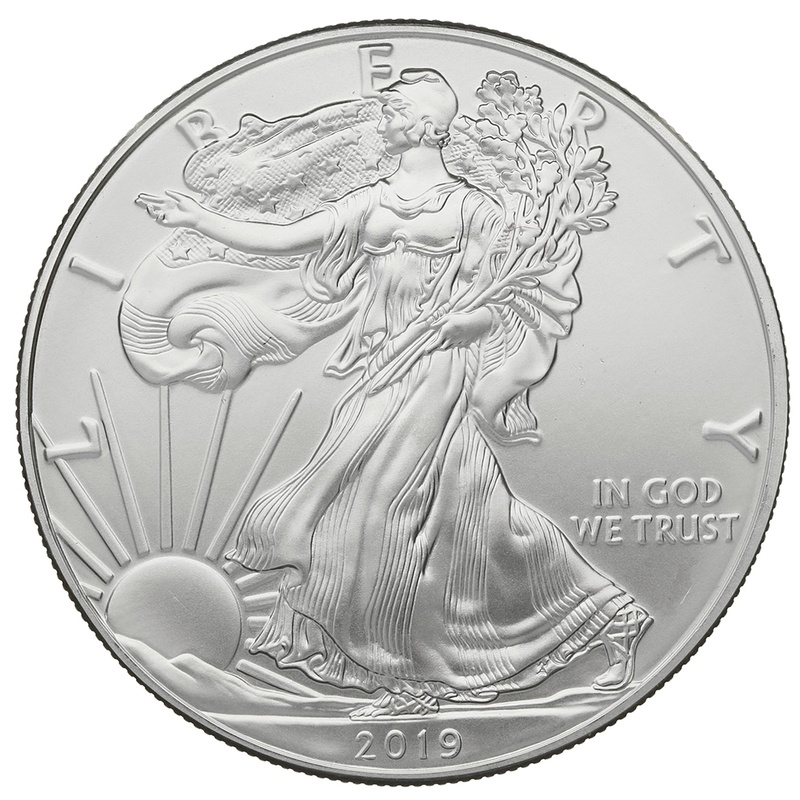 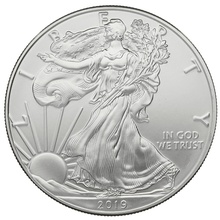 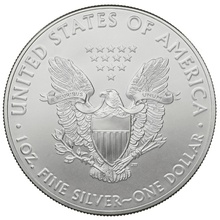 The One Ounce Silver Eagle is the official Bullion coin of the United States and has a face value of $1. Silver Eagle coins were first released in 1986 and are now produced at one of the US Mint’s two plants in either San Francisco or West Point, New York.

The reverse of the coin is the classic US herald design of the Eagle and the Shield, as created by John Mercanti. It features 13 stars, which represent the original colonies of America, and features the traditional latin ‘E Pluribus Unum’ which means ‘Out of Many, One’. 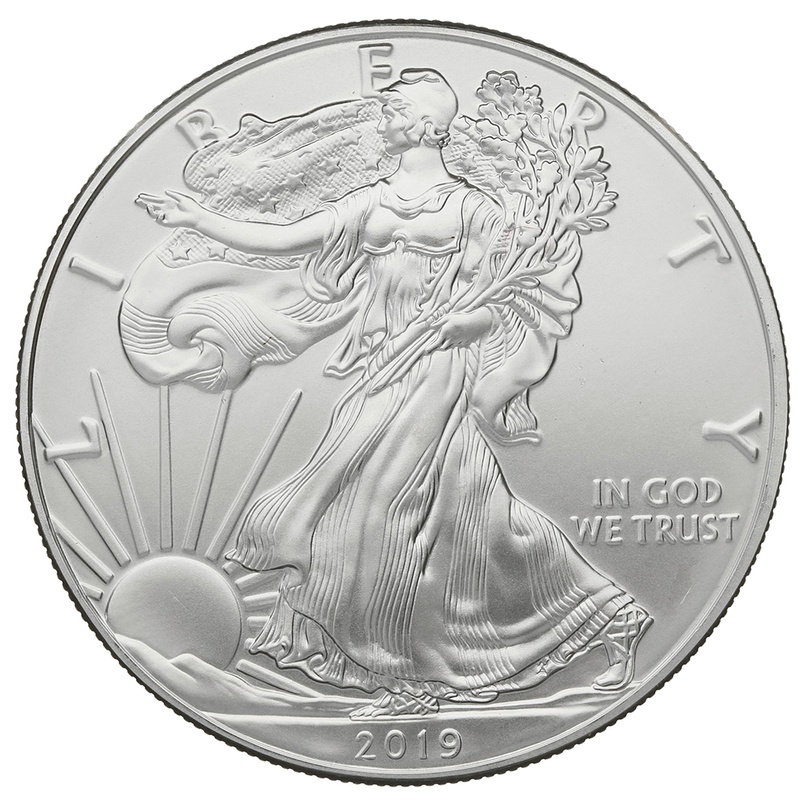