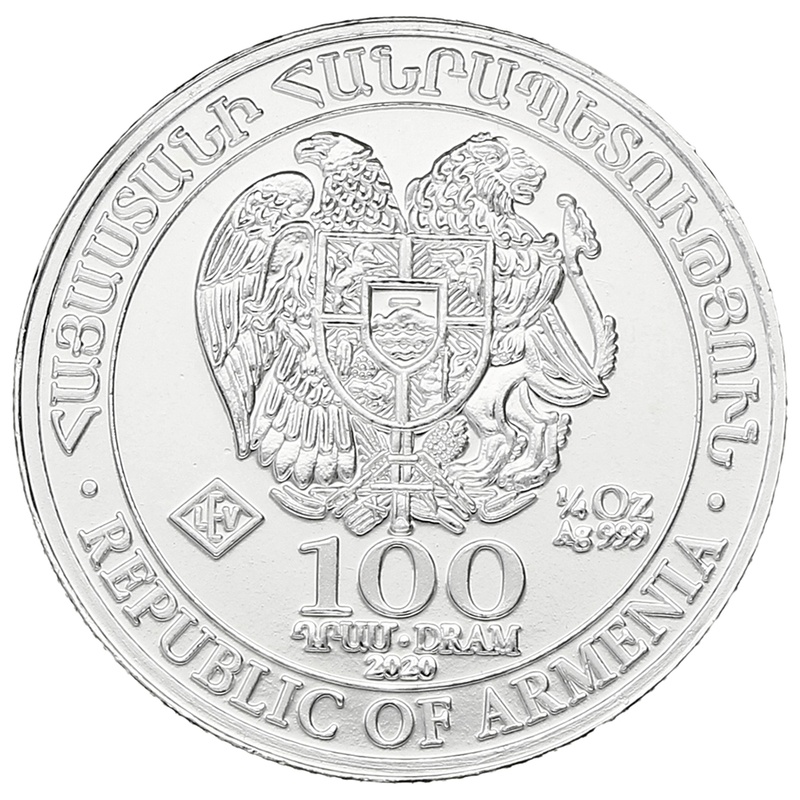 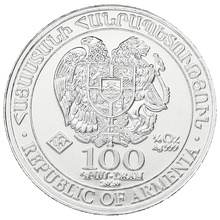 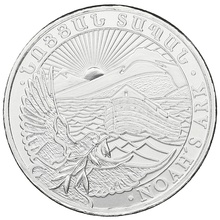 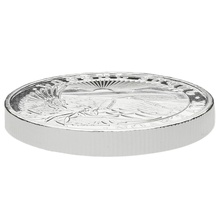 The brand new 2020 1/4oz silver Noah's Ark coin from Armenia. The Silver Noah's Ark was designed by Eduard Kurghinyand and these coins were issued for the first time in 2011, making this the ninth edition of the coin.

The reverse side of the coin shows Noah's Ark in front of Mount Ararat - the national symbol of Armenia - which nowadays is part of Turkey but remains an important part of the national identity of Armenia. At the front of the scene, the dove of peace is shown. According to the Bible, Noah's Ark was eventually stranded by Mount Ararat (then still Armenian territory) following the great flood.

On the obverse of the coin is the Armenian National Coat of Arms, surrounded by the inscription 'Republic of Armenia' in both Armenian and English. You can also see the manufacturer's mark, the nominal face value of 100 Dram, the purity of .999 silver (AG) and the weight of a quarter ounce (1/4oz). 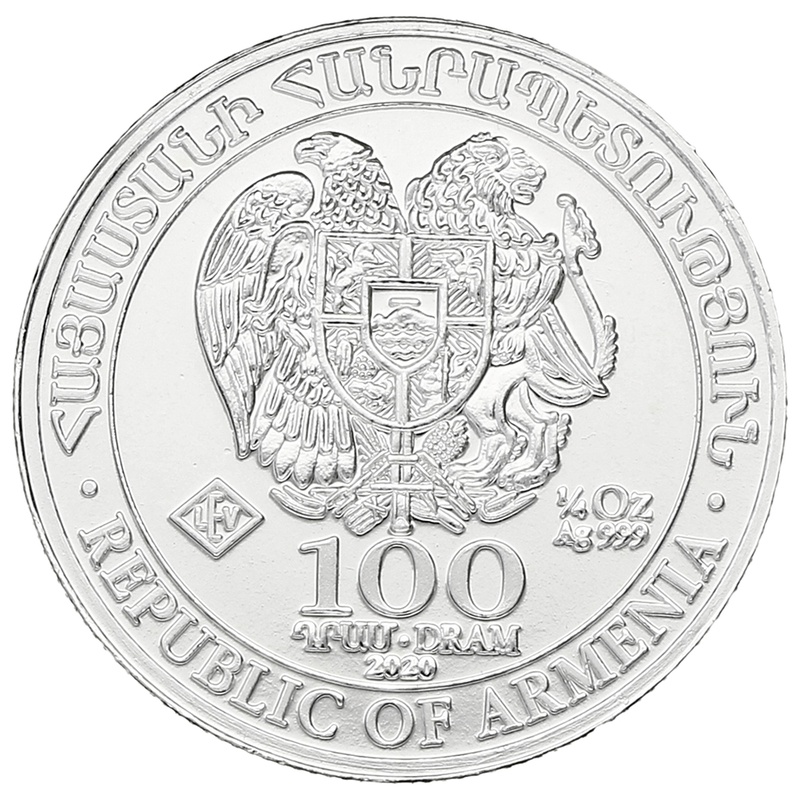