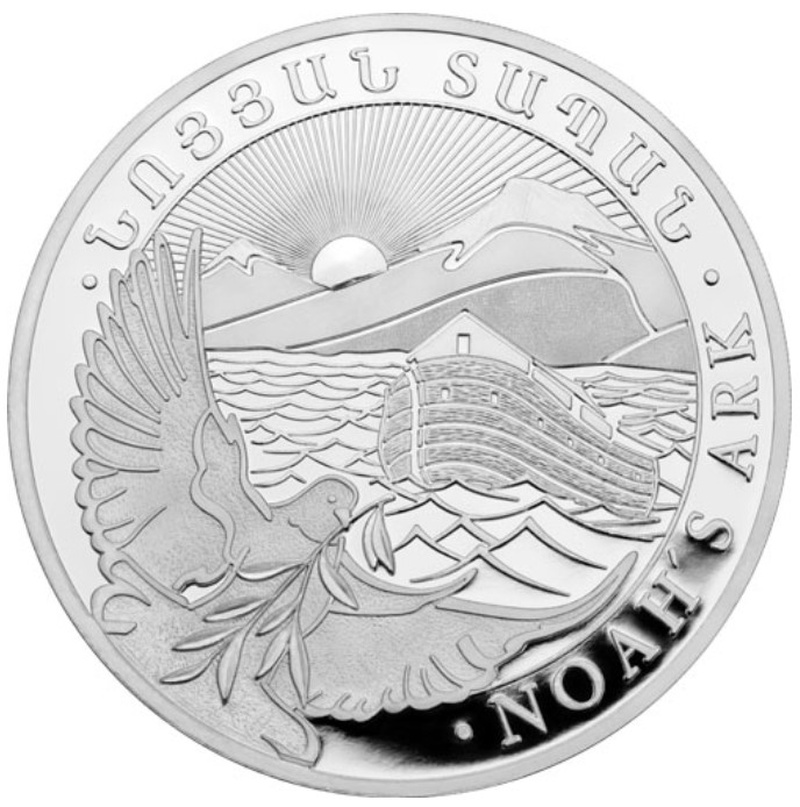 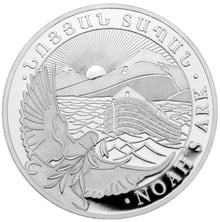 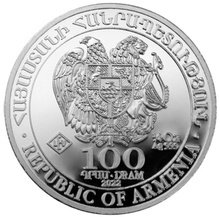 The brand new 2022 1/4oz silver Noah's Ark coin from Armenia. These are the smallest silver coins we stock.

On the obverse of the coin is the Armenian National Coat of Arms, surrounded by the inscription 'Republic of Armenia' in both Armenian and English. You can also see the manufacturer's mark, the nominal face value of 100 Dram, the purity of .999 silver (AG) and the weight of a quarter ounce (1/4oz).

Armenia is a middle-eastern nation, situated between Georgia, Azerbaijan, Turkey and Iran. Production of these coins is sourced out to Leipziger Edelmetallverarbeitungs GmbH at their plant in Rötha, 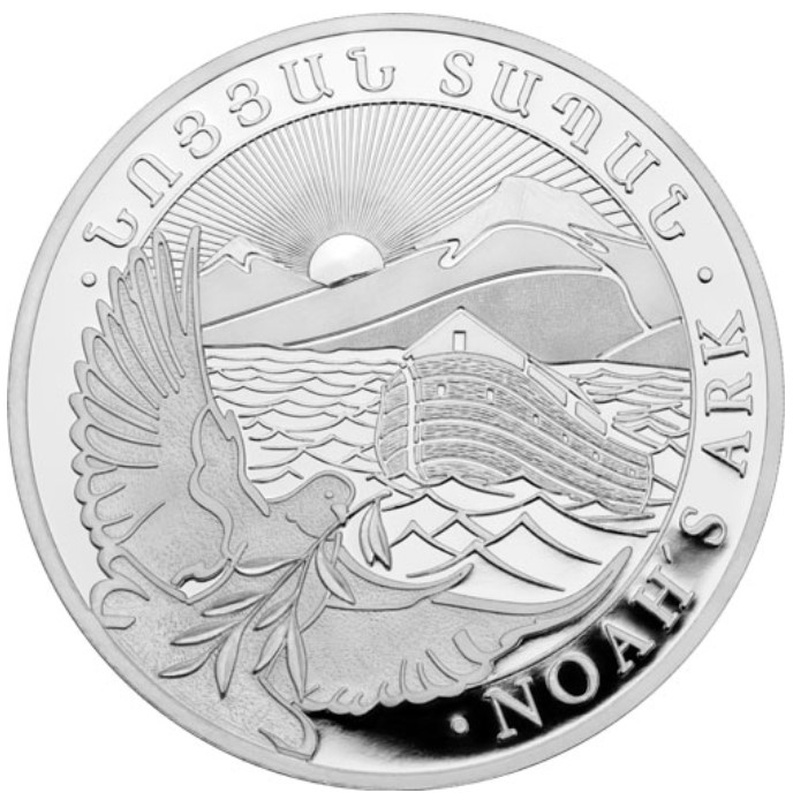