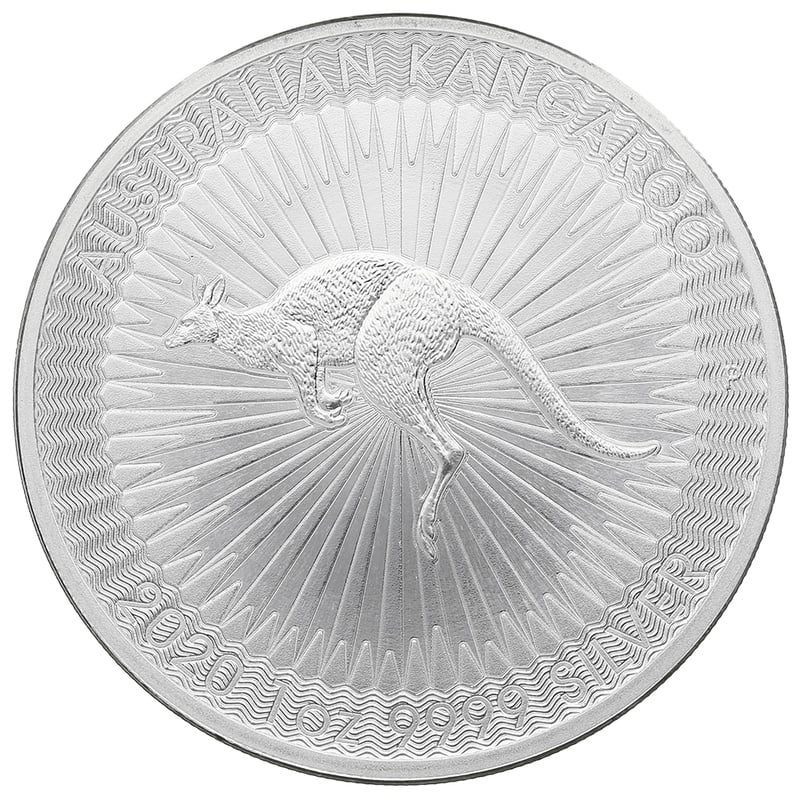 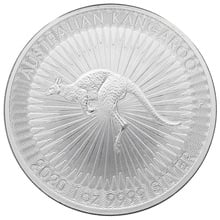 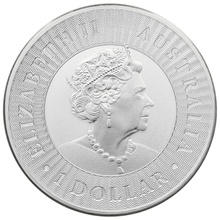 A 2020 One Ounce Silver Kangaroo from Perth Mint. The Perth Mint are known for producing beautiful bullion coins and this is no exception. The coin features a red Kangaroo - the same as the Gold Nugget - and contains the Perth Mint mark of 'P' on the reverse.

The obverse side bears Ian Rank-Broadley's portrait of Queen Elizabeth II - the fourth such portrait of the Queen used for coins. The image shows Her Majesty wearing the Girls of Great Britain and Ireland tiara, as well as Queen Mary button stud pearl earrings.

Royal Mint issued coins used this image between 1998 and 2014, but it is still a popular choice across the Commonwealth nations. It is also the largest of the five portraits of Elizabeth II to have been minted. 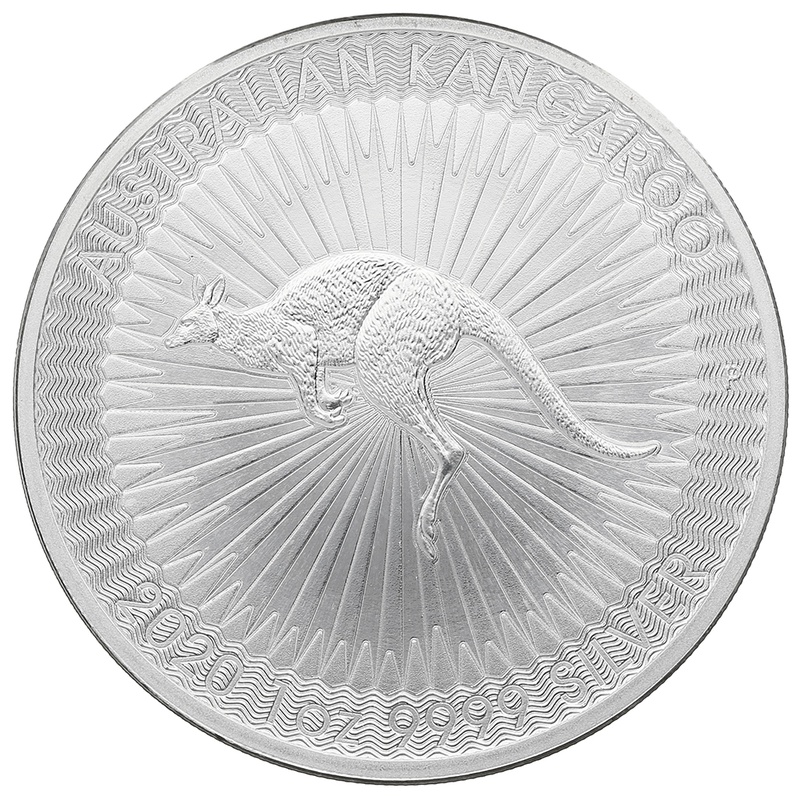