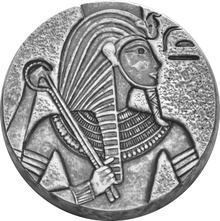 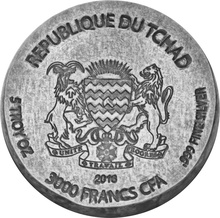 King Tut (aka Tutankhamun) is the first in a series of coins produced by Scottsdale Mint for the Republic of Chad. Beautifully designed and presented, the coin is meant to feel like the carving came right out of the wall of an Egyptian tomb, as the series is based on existing hieroglyphs, with a unique chiseled granite effect edge.

King Tutankhamun was a relatively minor king who reigned from 1332 BCE to 1323 BCE, the year in which he died. He ruled for only 9 years and died at the age of 19. He may have been a minor player in Egyptian history, but he is one of the most well known pharaohs today, as the uncovering of his intact tomb in 1922 created a mystery that historians are still to unravel.

This coin is unlike any other bullion coin out there - it is quite a stunning object to hold and to look at. It is made from pure .999 silver and contains five troy ounces. 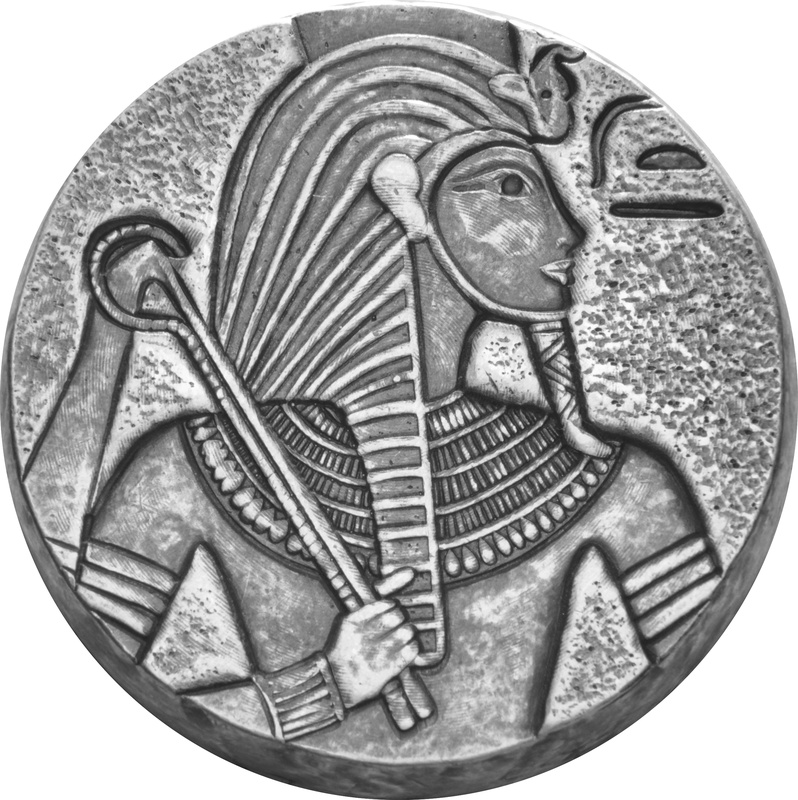