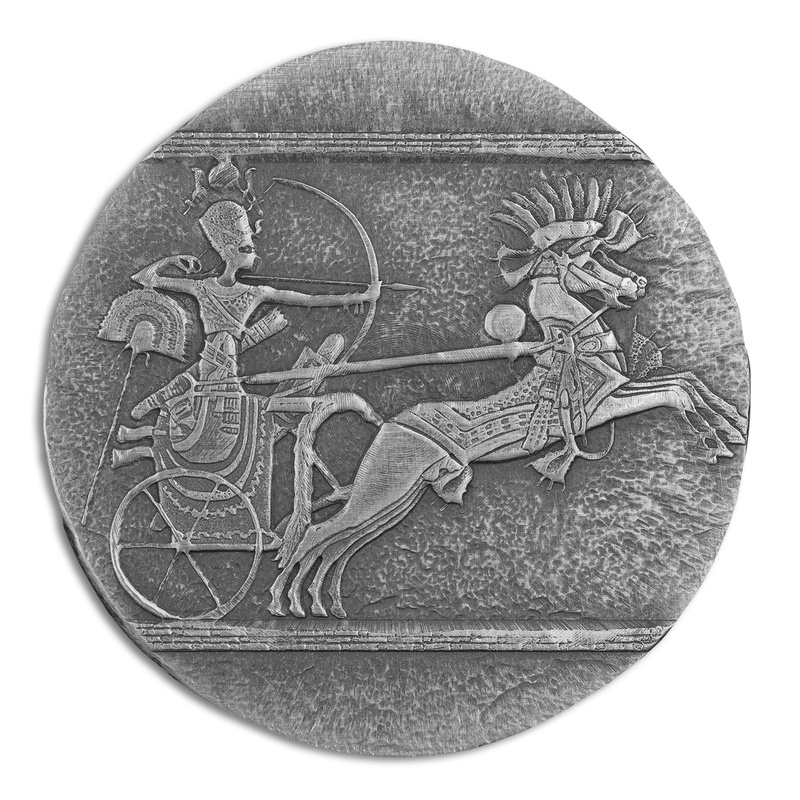 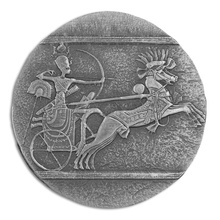 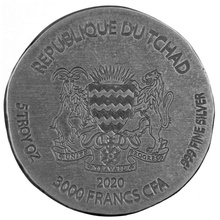 A five ounce silver coin in the Egyptian Relic Series from Scottsdale on behalf of the Republic of Chad. This coin depicts a chariot typical of images that decorate the walls of the tombs of the Nile valley. These chariots were used for warfare, hunting, and also as a symbol of the pharaoh's grandeur. Some examples of these wooden frames have survived, including six chariots held in Cairo's Grand Egyptian Museum which were found in King Tutankhamun’s tomb.

The coins in the Egyptian Relic series are unlike any other bullion coins out there - it is a beautiful object to look at and to hold with a textured finish that is ideal for the style. The coins are made from pure .999 silver and contains five troy ounces. 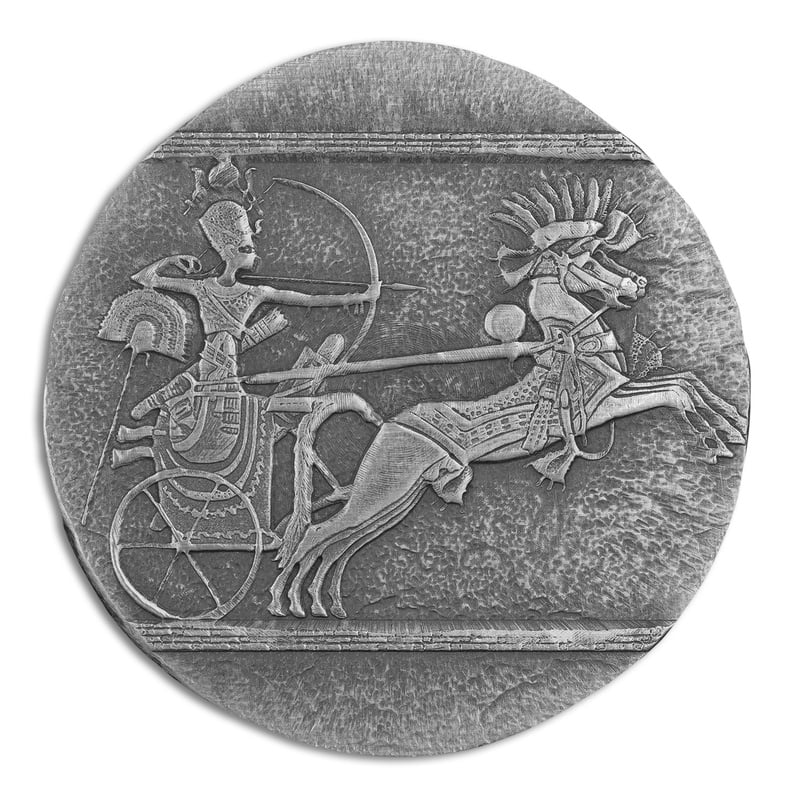