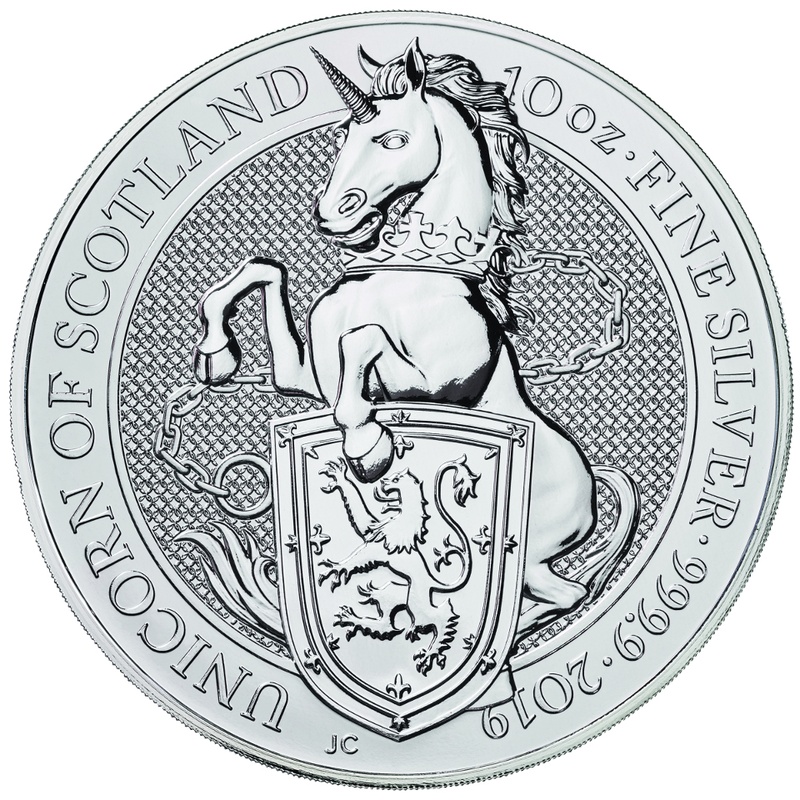 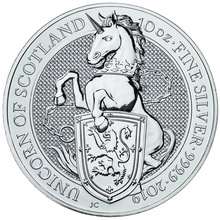 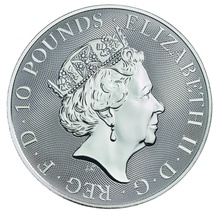 This coin features the Unicorn of Scotland. The coin is fine Silver and weighs ten ounces (311.03 grams). Like our 1oz and 2oz coins, the 10oz Unicorn coin comes in a protective plastic coin capsule, to protect the coin's condition.

This coin has a face value of £10 and just like other British currency, this coin will be exempt of any Capital Gains Tax when you are ready to sell.

Collectors Note: The Queen's Beast series of coins will be issued by the Royal Mint on a one-by-one basis until 2020. Customers collecting this range will not have access to these earlier coins in 2020 as they are limited edition, so you will need to purchase them individually as they become available (roughly every six months). 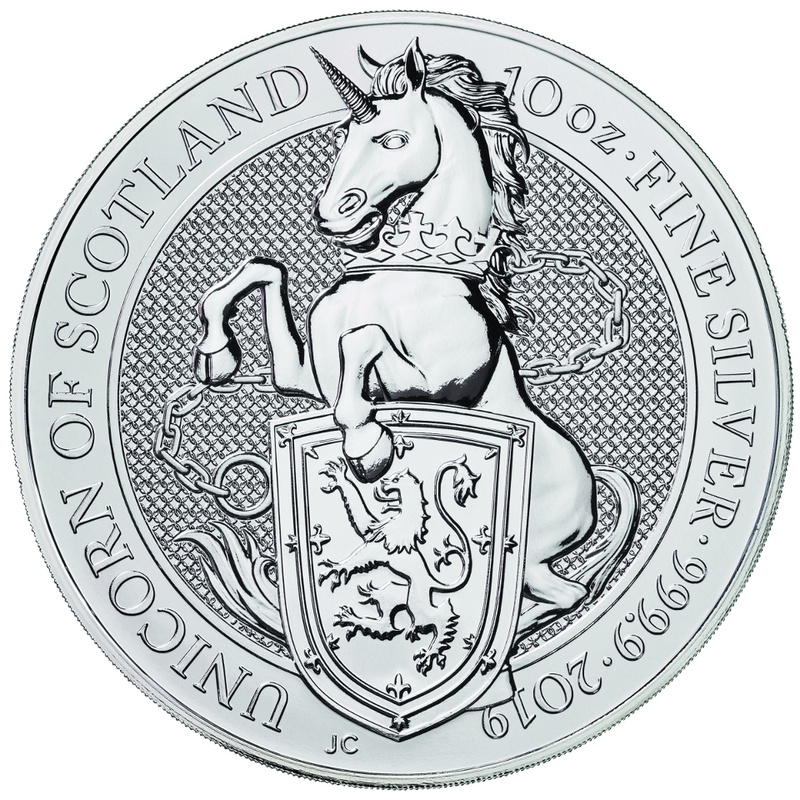