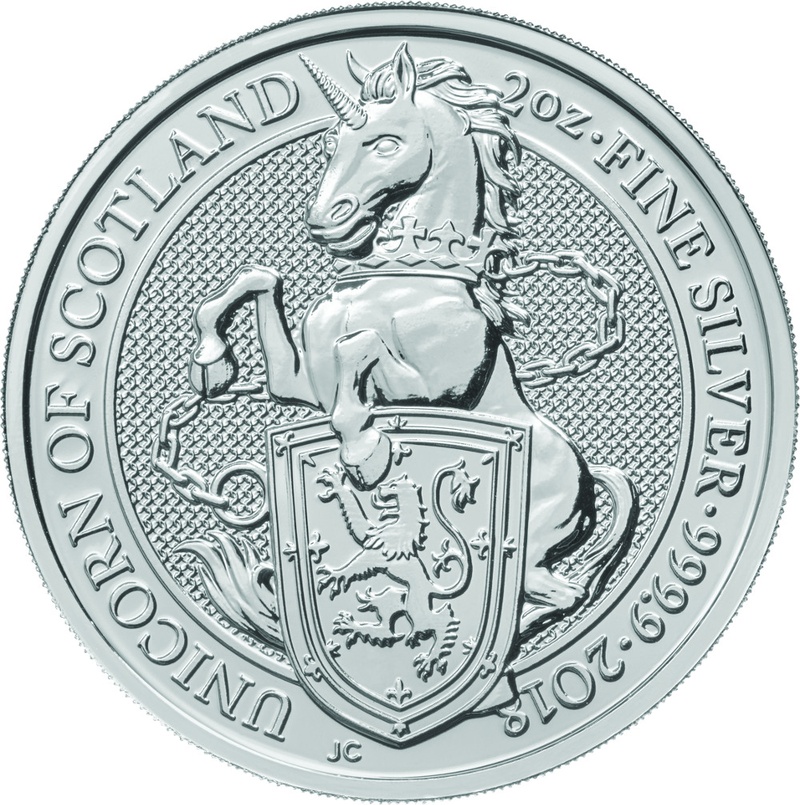 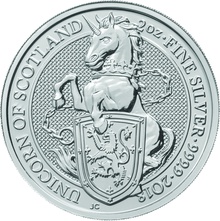 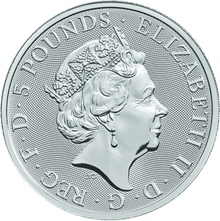 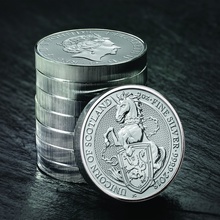 The fourth coin features the Unicorn of Scotland which represents innocence and purity. The coin is fine Silver (999.9) and weighs two ounce (62.2 grams). 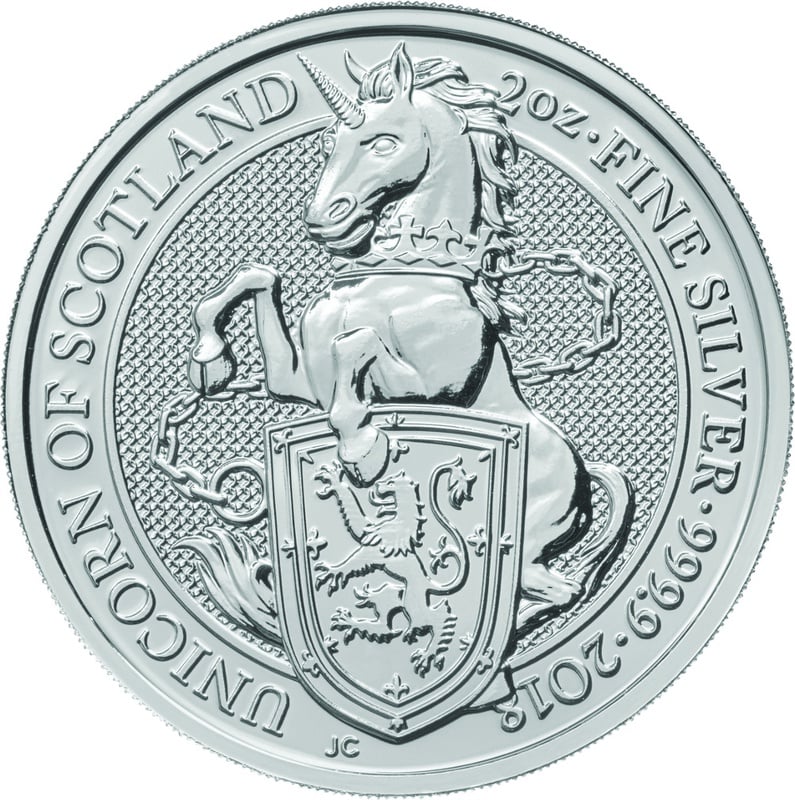